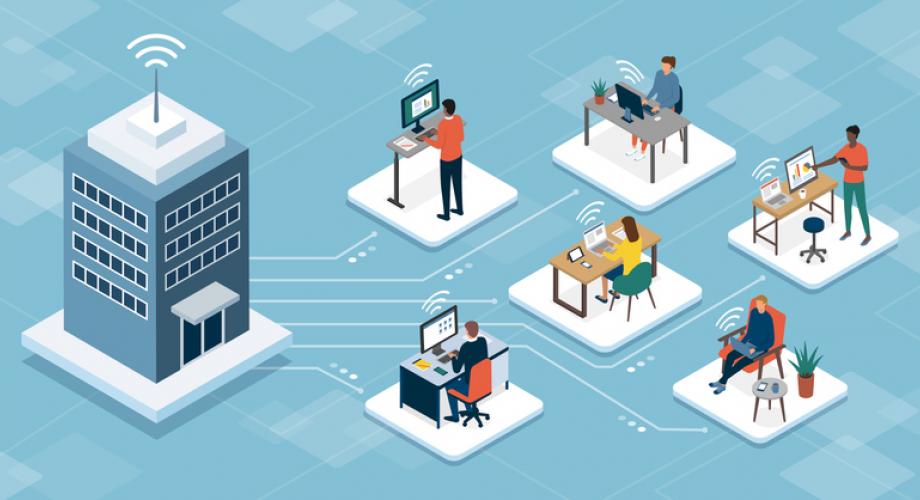 The prospect of a more permanent shift to remote work has the potential to disrupt housing markets across the country.

A litany of both casual and professional observers have declared remote work a phenomenon sure to persist long after the pandemic, which could lead to major changes to housing markets across the nation.

The move to remote work for many Americans begs the question: Which markets are likely to grow more popular due to remote work? Apartment List recently broke down the top 230 cities for remote workers based on remote-friendliness, housing affordability, natural amenities and urban amenities.

Many of the top cities for remote work are in the western portion of the U.S. and are home to universities. Provo, Utah, home to Brigham Young University, was number one on the list, beating out Fort Collins (Colorado State University) and Boise, Idaho, which ranked two and three, respectively. Raleigh, N.C., and Tempe, home to Arizona State University, round out the top five best remote work cities.

All top 10 cities, except for Beaverton, Ore., (seventh) are home to universities, despite not necessarily being known as college towns. Austin, Texas; Beaverton, Denver; Asheville, N.C.; and Ann Arbor, Mich;, complete the top 10. To avoid repetitiveness, Apartment List restricted the top 10 list to only one city from each metro. Orem, Utah, was fourth on the list, while Cary, N.C., was sixth.

Secondary tech cities outside of northern California like Austin and Raleigh typically provide more affordable housing than places such as San Francisco and the Bay Area, prompting fully remote workers to make the move. Despite being more affordable, these cities are seeing year-over-year rent growth—seven of the top 10 cities have experienced this growth. Boise has seen rents increase 31% in the last year, while a larger metro like Denver, which faced rent declines in 2020, has seen a 7.1% climb in 2021. None of the top 10 cities ranked in the top 50 in affordability, and only three ranked in the top 100.