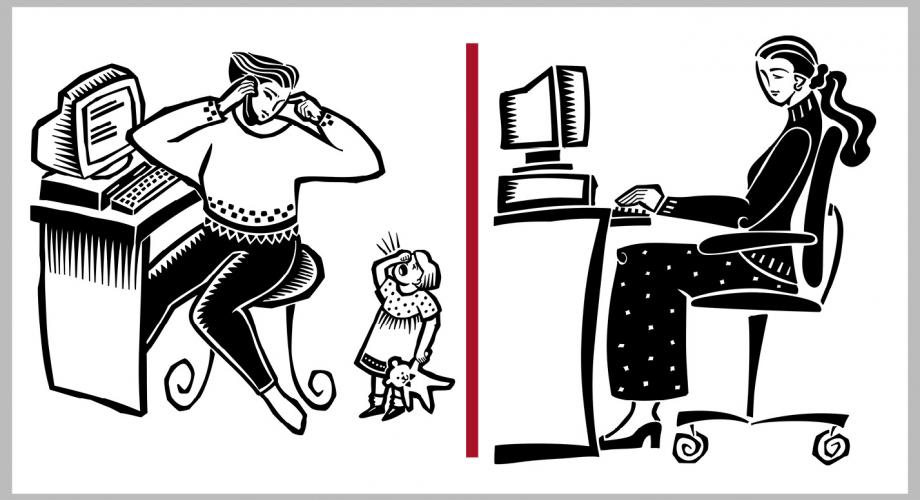 Apartment companies plan to reclaim office spaces from the coronavirus.

Residential real estate firms are planning a future without the novel coronavirus. For many, that will mean returning to desks that have been empty for more than a year.

“With new vaccines in circulation, we have begun to see a path for a safe return to the office,” says Martin Dockrill, Global Chief Operating Officer working in the Toronto offices of Avison Young, a global real estate firm with dozens of offices in the U.S.

Firms like Avison Young are carefully deciding how quickly – or slowly – they will return to working in person.

Every day in early April, millions of people received shots of a vaccine to protect them from COVID-19. The number of people diagnosed with new cases of the disease was still high – but dropping quickly.

Businesses are re-opening, but many services like schools or day care centers remain closed.

Staff members began to return to some of Avison Young’s offices for at least some portion of the workweek starting April 6, 2021.

Companies like Avison Young will set schedules that allow office workers to work some days in the office and some days at home. Until the coronavirus is totally under control, the number of workers sharing office space can never get too densely packed to meet safety standards set by state and local officials. Avison Young, for example, will not begin to introduce hybrid work schedules in Europe or their headquarters in Toronto until the restrictions set by officials are lifted.

“We never wanted to be more than 50% occupied,” says Patrick Appleby, President of WinnResidential, an owner and manager of affordable apartment properties. In summer 2020, WinnResidential called the employees based at its Boston headquarters to return to the office on a rotating basis.

WinnResidential, like many apartment companies, changed its plans as the number of new coronavirus cases waxed and waned. In November, during a new wave of COVID infections and deaths, the company once again allowed any of its employees to work from home who wanted to. That left its Boston office very quiet – inhabited only by those workers who wanted to come in to work at their familiar desks.

WinnResidential originally intended to ask its employees to return to the office on a rotating basis starting in January – but those plans changed again as workers still needed to be home while children attend school online. The company is now offering the employees at its Boston office the option to work from home through Labor Day 2021.

“There were still some concerns about schools and day care facilities being closed,” says Appleby. “For many employees, the biggest challenge of the pandemic was not health and safety but the disruption to personal and family lives.”

Employees at a few other apartment companies kept coming into the office. Universe Holdings asked all the employees based at its headquarters in Los Angeles to return to the office, starting in May 2020 and continuing through the long, pandemic winter.

The company, an owner and operator of apartment buildings with more than 60 properties in Southern California, had gone into contract to expand its office to 7,000 square feet of space just before the pandemic. There was more than enough room to fit the 12 to 20 office workers employed by Universe and still meet local density restrictions.

Universe Holdings also had already planned to renovate its new office space. That gave the firm an opportunity to add a little more space between desks and additional height to cubical dividers. The firm also sprinkled HEPA-rated air filters through the office and required all the employees to wear masks when not closed in an office by themselves behind a door.

The office building where Universe’s Chief Operating Officer Jonathan Cohen works is still very quiet. No more than 25% of the people who once worked at the other companies in the building come in on any given day.

“There is never a wait for an elevator… and I still get to park right in front,” says Cohen. Many of the sandwich shops and restaurants in the firm’s Century City neighborhood are still closed. However, some parts of life are slowly returning to normal. “Traffic is back,” he says. “If you have to travel during rush hour it is like sitting in a parking lot.”

Many apartment firms are increasingly eager to bring at least some employees back to the office. “It’s more productive to be around other people for collaboration,” says WinnResidential’s Appleby.

In particular, it is much easier to communicate with co-workers. “A lot of information is passed back and forth through casual conversations,” says Cohen. “You hear someone outside your door discussing an issue and you chime in.”

Before the pandemic, WinnResidential had redesigned its offices to encourage more of this kind of interaction, creating communal spaces and a variety of workstations where employees could perch other than their own desks. During the pandemic, these communal spaces have been closed to comply with the rules for social distancing. WinnResidential hopes to put them back into use later this year.

WinnResidential had also begun to give some employees freedom to work from home before the pandemic. For example, accounts payable staff often work on jobs like processing invoices that can be accomplished without a lot of conversation. “By giving employees flexibility, we improved engagement and improved retention,” says Appleby.

Because of its experiments in working from home, WinnResidential had a head start when the pandemic began in the U.S. in March 2020. “Everyone had laptops,” says Appleby. “We were able to adapt and improvise pretty quickly.”

Long after the pandemic is over, WinnResidential hopes to get both the benefits of in-person interaction and the benefits of flexibility. “We don’t see ourselves going back to requiring people to be in the office five days a week,” says Appleby.

The pandemic has forced some apartment companies to be more creative as they build and maintain the relationships they depend on to do business. For example, as the pandemic began, CGI+ Real Estate Investment Strategies was just beginning a plan to grow from a firm with $1 billion under management to a $5 billion company in just five years. The quarantine has given CGI+ more time in a quieter market to precisely define and articulate a forward-thinking strategy to meet the firm’s goals and mission.

“In fact, we have been able to remain very true to who we are as a real estate company,” says Kasia Mays, Chief Operating Officer, CGI+, working in the firm’s offices in Woodland Hills, Calif. “In the past, we had beautiful international trips that we have done with investors. We are very high-touch. The pandemic has forced us to be even more creative in what we bring to every experience. We of course look forward to getting back to the days where we can break bread together again around one large family table, but until then, it’s business as usual in the new normal.” Until CGI+ can once again meet its investors in person, the firm is welcoming new partners with gifts sent through the mail, including important information about the company’s mission as well as gifts like computer accessories and wine. “We have beautiful kits of products that we send.”

Real estate executives are also eager to reclaim another important workplace: The road.

“Next week, I’m getting on a plane for the first time since the pandemic began,” says Cohen. Now that he has received both doses of the COVID-19 vaccine, Cohen plans to fly across the country to visit Mariner’s Cove, an apartment property in Tom’s River, N.J., that Universe Holdings is under contract to buy later this year.

Bendix Anderson is a freelance writer.