Skip to main content
While Rent Was on The Rise In 2021, So Were Wages
Image 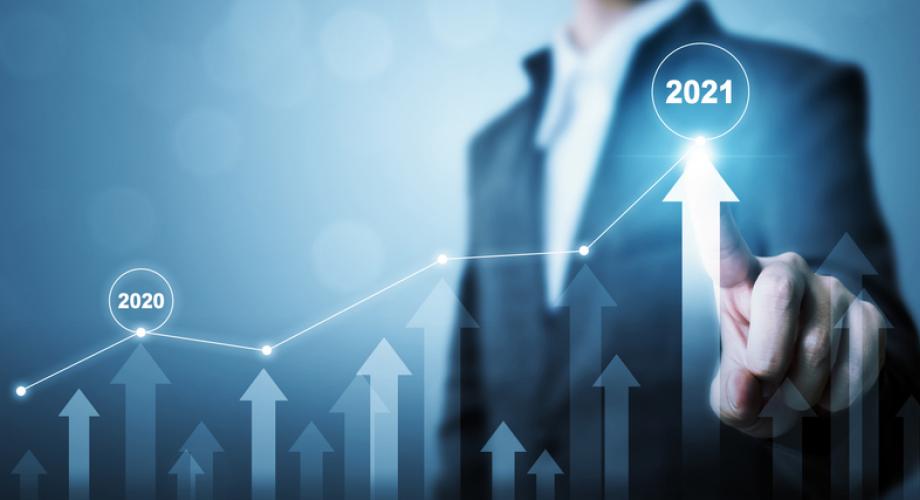 The last quarter of 2021 recorded 9.9% year-over-year rent growth for the U.S on average. The uptick in rent prices across the nation was, however, accompanied by growing wages. Hourly wages soared approximately 5.2% year-over-year as of Q4 2021.

Why Rents are Rising

Demand for rental housing grew significantly throughout 2021, which translated to higher rents. The increased demand is a sign of healthy job growth in the economy as well as strong household formation taking place throughout the country. Home prices in the U.S are reaching record highs and have been consistently rising since the pandemic. Furthermore, many would-be home buyers are being priced out of the buying market and continue to rent for a longer period. As a result, the demand for rental properties is on the rise, consequently putting upward pressure on rent.

The number of U.S. households grew by 1.48 million in 2021 alone, according to the U.S. Census Bureau. People living together during the pandemic moved to their own places; some because they found it vital to have a conducive work-from-home environment, while others utilized their income growth as an opportunity to now buy a home.

Both rent and home prices soared across the U.S in 2021. The housing market became incredibly competitive during the pandemic as the median home sale price rose 14.6% in 2021, according to the National Association of Realtors. As a result, the share of first-time homebuyers fell to an 8-year low. This meant that more people were opting to rent for a longer period than in previous years.

Pandemic-related supply chain disruptions combined with shortages of both workers and materials have resulted in widespread construction delays in the apartment industry, leading to a classic case of high demand and short supply driving up prices. The National Apartment Association (NAA) reported that by Q4 2021, there was a drastic 28% decline in completions of multifamily units compared to the previous year.

According to the U.S Census Vintage 2021 population estimate, Florida, Texas and Arizona had the largest net domestic migration gains in 2021 with increases of 220,890, 170,307 and 93,026, respectively. In Florida where the year-over-year rent increase is highest, relocation has been a key driver of rent growth. Data from Apartment List shows that the state had residents migrate from all over the country, with 32,100 new residents from New Jersey and 61,730 from New York alone, which is 34% higher than the 5-year average. Both Florida and Texas had the two largest population gains from net international migration.

In 2021, wages increased across all industries. Employers offered higher wages in response to labor shortages and minimum wage increases were widespread. On average, the year-over-year growth for hourly wages was approximately 4.5% across the U.S in Q4 2021. In December alone, U.S. Bureau of Labor Statistics (BLS) data showed that hourly wages rose by $0.19, bringing the average hourly earnings for all non-farm payroll workers to $31.31.

During 2021, the average wages of restaurant and supermarket employees rose above $15 an hour for the first time. It was estimated that 24 states and 50 municipalities implement a raise to the minimum wage by 2021, according to the National Employment Law Project.

All but Connecticut and Washington, D.C. experienced some type of wage growth compared to Q4 2020. The states with the highest wage growth on the aggregate were Kentucky, Texas, Vermont, Oregon and North Carolina.

An economic recovery report for Kentucky by the Kentucky Chamber and the Center for Business and Economic Research at the University of Kentucky found that employers have been faced with a growing need for employees. At the same time, workers are slowly returning to the labor force, certainly not quickly enough to fill the job vacancies. As a result, employers are competing more aggressively for available talent. This has led to higher wages as well as greater turnover as the workforce see opportunities to find higher-paying jobs.

At the start of 2021, Vermont passed a 7.2% minimum wage increase while Oregon increased the state minimum wage by 6.2%. Vermont and North Carolina were among the markets where wage growth surpassed rent growth. Wages grew 6.9% and 6.8%, while rent grew by 2.9% and 2.3%, respectively.

Texas, Tennessee, and New Mexico were also leaders for wage growth. In Tennessee, rents increased 15.6% year-over-year, while wages grew 6.5%. In Texas and New Mexico, rents grew 14.7% and 13.5%, respectively, while both states saw hourly wages increase by 6.9%.

In Texas, where both rent and wages grew, so did the population. According to the U.S. Census Bureau, population growth in Texas has increased 1.1% year-over-year as of July 2021. The population growth has been characterized in part as an effect of a booming job market. Consistent with BLS data, in January 2022, total non-farm annual employment growth reached a level of 5.6%, compared to the US average, 4.5%. Furthermore, as of December, there was a total of 76,329 more advertised vacancies than unemployed workers.

With the migration of large technology companies into cities like Austin and Dallas, a new wave of residents has migrated to Texas to take advantage of expanded opportunities and higher wages.

Rent prices across the country surged in 2021. However, this was not an isolated phenomenon as prices across the board rose. Wages soared and so did inflation. Several factors have contributed to rent trending high throughout the year, from supply shortages and increased demand for rental units to the rising cost of labor. According to NAA’s latest Apartment Housing Outlook report, rent is expected to grow at a slower rate into 2022 and even further by 2023, dropping to a year-over-year growth rate of 6.3% to 7% and then down to 3.0% to 4.5%. Labor market shortages are still very much an issue in 2022 and as the unemployment rate return to pre-pandemic levels as forecasted by 2023, a slowdown in growing wages is not likely. NAA will be releasing research tracking apartment affordability by market each quarter.