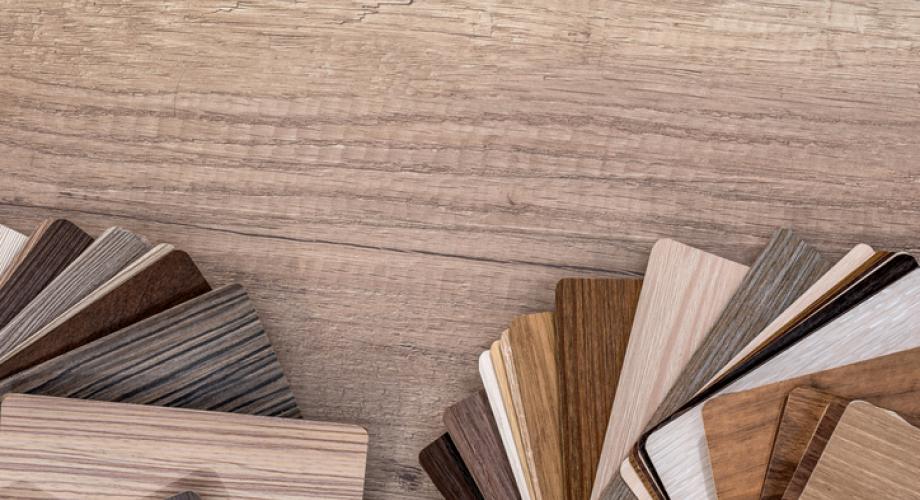 Over the last decade, most new or newly renovated apartments have features more flooring that resembles hardwood.

More and more apartments have new floors that look like solid wood—and are sometimes even made from real trees.

Over the last decade, the majority of new or newly renovated apartments have switched from having carpeting over all the floors to offering at least some flooring made to look like hardwood. The most popular such floors are still vinyl tile, or “plank,” products printed to resemble wood. But wood laminate floors, which are made from real trees and often come with a lifetime warranty, are becoming more common. (Of course, some property managers and owners still install carpeting, especially in bedrooms.)

Wood laminate floors have a core of real wood, sometimes impregnated with acrylic to make it tougher. The top layer is a thinner layer of wood.

“It’s more water-resistant and less likely to be damaged than vinyl,” says HPA’s Dora-Shibley. Most manufacturers provide a lifetime warranty—which is more than enough time for most apartment owners. “If you are one of the investors who hold properties seven to 10 years, you’re probably going to get that life span,” she says. “After that, owners might typically renovate to update the apartment.”

Most new or newly renovated apartments still have vinyl plank flooring installed. “About 12 or 13 years ago vinyl plank became the dominant type of flooring that developers put in apartments,” says Dora-Shibley.

Vinyl plank floors are now a lot less expensive than in the past. Many such products cost $1 or more per square foot, plus another dollar or more for extra soundproofing. That’s down from over $2 per square foot a decade ago.

“We see this option continuing to be popular into the future,” says Waterton’s Ferguson.

The pattern and color of these vinyl planks are created on printers, which can now result in a much more convincing simulation of wood grain than in the past, without showing visible pixels. “It’s available in many tones and, through the years, has taken on an appearance that is more and more similar to natural wood,” Ferguson says.

Today’s printers can also create longer planks — closer to the 8-foot-long planks now available in wood laminate products. “Vinyl planks used to be 6 inches by 36 inches, says Dora-Shibley. “That was the printer size.”

The styles that residents prefer can vary depending on where they live. “Some clients in very rural, more traditional areas are more comfortable with darker wood. Urban clients and student housing clients prefer lighter,” says Dora-Shibley. “The general population still likes gray.”

There are still property managers who put carpet is some of their apartments, but less and less often.

“As an alternative to carpet, we are moving to increased square footage of vinyl plank in all our units,” says Clint Garrison, Resident Experience Director for Watermark Residential. “The apartment industry used to do carpet everywhere but in kitchens and baths to save upfront costs.”

Carpets are often as cheap or cheaper to purchase and install than vinyl plank, costing roughly a dollar per square foot—without the extra cost of soundproofing. “Carpets insulate naturally for noise,” says Saul Levy, Managing Partner at PIA Residential. However, carpets typically need to be replaced with every new lease. Vinyl flooring can frequently last twice as long.

“Carpet, often used in bedrooms, would have to be replaced more often in high-traffic living areas,” says Ferguson.

Developers continue to install carpet tiles in the corridors of their apartment communities. “It helps with the acoustics,” says Dora-Shibley. “You can also replace a tile if need be.” Vinyl plank is another option for the corridor floors, with an extra-thick 12-millimeter wear layer to make the flooring more durable, at a cost of about 50 cents per square foot above regular vinyl plank.

For more prominent areas like building lobbies, large-format porcelain tiles, a flexible, durable material, are frequently used. The tiles can look like concrete, stone or even wood, says Dora-Shibley. Prices start at around $5 per square foot—about twice the cost of ceramic tile—and can go as high as $100.

Designers are also finding new kinds of flooring to put into fitness centers. “Rubber flooring was the default for years, but as designers we hate it,” Dora-Shibley says. “It shows every dusty footprint, and the smell lasts for years.”

Instead, developers and designers have started to use woven vinyl flooring products, which come in a wide range of colors and textures. “It’s like a woven carpet,” says Dora-Shibley.