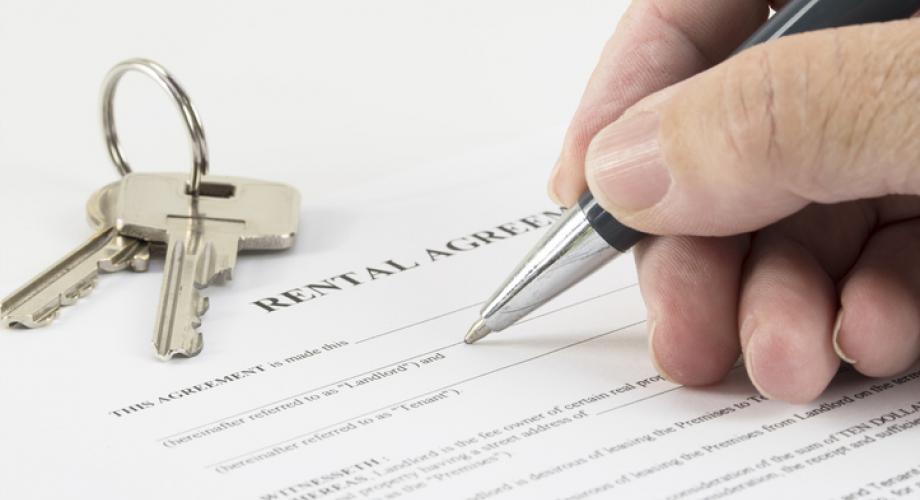 Operators are adopting different approaches to a burgeoning trend.

The complaint that came into Holly McQueen’s office seemed odd at first. Someone was calling to gripe about a concierge at one of her communities not being able to find a key left at the front desk for the caller.

“When I asked who they were, that’s when I realized it wasn’t even a resident of our building,” says McQueen, Vice President and Regional Property Manager in Jacksonville, Fla. for GMH Capital Partners. “They weren’t happy with the service, and I had to tell them it was an apartment building, not a hotel.”

A little more investigation revealed the caller was staying in the building under a short-term sublet through Airbnb. GMH operates 6,000 student and conventional units.

“We do provide some corporate housing, but we don’t do subleases,” says McQueen, who noted the resident in question eventually moved out when his lease was mutually terminated.

On the other side of the country, Oakland-based Mynd Property Management, which operates 8,000 units, is taking the opposite approach. With some residents clamoring to rent their apartments by right under the auspices of today’s “sharing” economy, the firm allows residents to do so at properties where owners consent, with processes in place to make sure short-term occupants are screened, while taking a percentage of the additional income.

“We figured if residents are going to do it, we want to know about it and be involved in the process,” says Stacy Winship, Regional Director at Mynd. “The alternative is we don’t know about it, and we’re losing out on that income opportunity.”

The two strategies represent a bifurcated approach when it comes to the complicated and mushrooming trend of short-term homestays in the apartment industry. The first illustrates the traditional tack operators have taken to subleases for years, which is namely, not allowing them at all. Concerns range from liability, insurance issues, violating local ordinances, increased wear and tear at a community, complaints from long-term residents and the prospect of letting unscreened individuals beyond an apartment building’s front door.

The second approach signifies an embrace by some apartment operators – but not all – for short-term subleases as not only a source of ancillary income, but as an amenity for today’s residents who increasingly want the option of renting out their apartments while they’re away.

Both rely on technology to be executed successfully.

After the experiences with its rogue resident, GMH Capital set up a program to monitor Airbnb and Craigslist in its markets to see if residents are engaged in unsanctioned subleases at its buildings. Now, it’s part of an employee’s workflow to monitor those sites and check for listings. When a potential issue arises, the firm uses its Butterfly MX smart video access system to check and see if the person who’s renting the apartment is the one coming and going from the building’s main entrance under that apartment’s access code.

“We only go back and look at the key logs if there’s a problem,” McQueen says. “The first time it happens, we’ll give them a warning, and ask them not to do it again. We let them know if they do, we will start the eviction process.”

Services such as SubletAlert.com and SubletScan.com scrape Airbnb, Craigslist and similar sites for a fee, and notify operators if a listing pops up for one of their properties.

“Most operators still fall into the group where they have done their homework, and they have just made the decision that across their portfolios, it doesn’t make sense to allow any kind of short-term rentals,” says Maksim Ioffe, founder of SubletAlert. “But the outlook is still evolving on an almost a day-to-day basis. In general, the consensus seems to be that unregulated subletting without any kind of compliance infrastructure around it is just a disaster. None of our clients wants that.”

At Atlanta-based Audubon, which owns and manages 5,800 units at 24 properties across the Southeast, managing partner Chris Edwards says his company spends significant time and resources getting to know its prospective residents prior to lease signing, and Airbnb undermines that process.

“As such, subleasing is illegal in all of our leases,” he says. “It’s grounds for immediate termination of the lease, with penalties.”

At Mynd, Winship says the firm used to work with Pillow, a short-term rental management solution that screens guests as part of Airbnb’s Friendly Buildings Program -- which is designed to help owners and managers embrace sanctioned resident hosting in their buildings -- and claims to extend $1 million in property and $1 million in liability insurance to building owners. (Airbnb declined to comment for this article.)

Along with ApartmentJet, Pillow was acquired in October by Expedia, which, like Airbnb, VRBO, HomeAway, Trip Advisor, Booking.com and even Marriot, has aggressively entered the short-term rental market.

“They will do all the marketing for you,” Winship says about working with Pillow. “After we send residents an initial letter letting them know short-term rentals are approved if they use Pillow, Pillow will reach out to residents and have them sign an addendum to their lease acknowledging all of the waivers and what happens for abusing it.”

Pillow hosted demos at Mynd’s communities, showed residents how to sign up with its app, and reviewed rates for how much money residents can make. “We monitored that activity online through the portal, and then they cut us a check for a portion of the proceeds that the resident gets,” says Winship. Property owners reportedly receive 10 percent of what residents earn through the program, according to the San Francisco Chronicle.

That 10 percent cut should be the minimum, says Garrick Revels, a builder and owner of apartments in Tampa Bay, Fla., for the risk short-term rentals present. “Subleasing is rampant nowadays because of Airbnb and other platforms,” Revels says. “But because it’s becoming unavoidable, you might as well share in the profit.”

Owners and managers can also engage with home-sharing sites directly to rent out furnished units on a short-term basis themselves. Winship says taking that route in one of Mynd’s units netted an additional $18,000 in annual revenue, and $10,000 in annual profits, compared to a long-term rental in the same building in Oakland.

Subletting as an Amenity

To Maitri Johnson, a long-time apartment industry veteran who’s held positions at Trammel Crow, Riverstone Residential and Waypoint Homes, the rise of short-term rentals in apartment buildings is simply a reflection of what today’s residents want.

“Our renters today are people who hail Uber and Lyft without even thinking twice about it and who have an expectation that apartment companies need to start being a part of the sharing economy,” says Johnson, currently Vice President of Rental Screening at Transunion, which provides screening services for Pillow and ApartmentJet users. “You can only add so many bells and whistles to the physical structure of your building. But this particular service is truly an amenity that can be offered across any property type.”

More and more apartment operators are seemingly taking that approach. Airbnb said in 2017 that 13,000 units were listed through Friendly Buildings, and updated that number to “tens of thousands” of units last year.

At SubletAlert.com, Maksim says an increasing number of his clients are trying out different mixes of both long-term and short-term rentals in their buildings, with the explicit aim of offering the ability to sublease as an amenity.

“There is a lot of experimentation going on,” says Maksim. “You can imagine, if you have two similar buildings across the street from each other, and one allows sanctioned subleasing, and the other doesn’t, that could be perceived as a competitive advantage. That’s an amenity today’s renters want.”

As demand for short-term sublets grows in the apartment industry, operators will quickly need to choose which side of the debate they’re on.