Skip to main content
The Twists of the Turns
Image 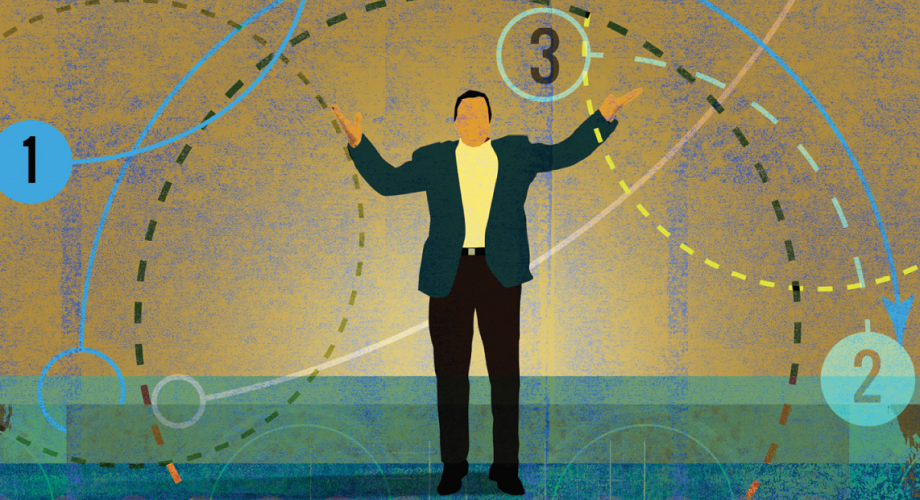 Some pandemic-borne apartment turn strategies will persist into the future.

Conducting turns in any kind of housing is difficult. But over the years, most management companies have perfected the art of moving residents in and out. Cleaning the apartment homes and the carpet, repainting, possibly replacing appliances, patching holes and more are all standard in the property manager playbook.

In just a couple of days, droves of new students would stream into their new homes for the school year.

“Prior to COVID, it was very standard in the industry where you’d have hundreds of students and their parents moving in on one or two days in the middle of August,” says Aryne Bailey, Portfolio Director for Houston-based The Dinerstein Cos. “Everyone would be huddled up in a leasing office or a clubhouse. You’re just trying to kind of get people in as quickly as you can.”

When COVID-19 shut down the U.S. in March 2020, huddling together on move-in day was no longer an option. Practices needed to change.

“Obviously that was not going to work during COVID,” Bailey says of traditional move-ins. “We didn’t want to have large crowds. It pushed the industry as a whole to figure out how we can optimize a contactless move-in.”

Now, as the world opens up, Bailey says that student operators have adopted this new style of move-in. But even on the conventional apartment side, which doesn’t have nearly the move-in volume of student housing during such a short period of time, the turn process is changing because of the pandemic. It has caused companies to re-evaluate the strategy, people and supplies needed to prepare an apartment for a new resident. And some of these changes are going to stick.

The Hunt for Protective Gear

When C0VID hit, apartment companies scrambled to line up supplies. While the hunt for personal protective equipment (PPE) has been well documented, other supply backups persist.

“As a company, we equipped our teams with PPE outside of masks primarily inclusive of gloves and booties to wear when entering occupied units and when completing turns,” says Sarah Oglesby-Battle, President of Farmington Hills, Mich.-based Beztak Properties’ Residential Division. “That level of service is most likely here to stay.”

Prior to the pandemic, San Diego-based ConAm would do a pre-move-out inspection.

“We conduct the inspections to ensure that we know what is required for the turn,” says Julie Brawn-Whitesides, Executive Vice President, Property Management at ConAm. “However, we have been impacted by a lack of available supplies or appliance replacements. They are on our order lists but have not been consistently available.”

When ConAm was already trying to fine tune the turn process, the delays in shipping didn’t help. “The delays in shipping as well as vendor labor shortages created a delay in a process we were trying to fine tune,” Brawn-Whitesides says. “There is an impact here. We're all trying to be more efficient, to get residents moved in quicker and allow them to settle into their apartment homes. Unfortunately, sometimes those delays are slightly out of our control.”

ConAm wasn’t alone facing difficulty in getting supplies for turns. “The biggest struggle that we ran into was getting supplies and streamlining some of the appliance deliveries,” says Yakov Belousov, Executive Director of Operations at Alpharetta, Ga.-based Pegasus Residential.

Finding the right people can also be challenging in this environment, where securing qualified labor continues to be an issue. Making sure that the labor pool is in sync and they’re meeting expectations is a constant struggle.

“We must make sure that we have the right people in place, and that we are ultimately prepared to do a turnover that meets our quality standards,” Brawn-Whitesides says.

While finding supplies for sanitization and appliances have plagued rental housing operators at various times throughout the pandemic, other parts of the turn experience needed to change in student housing.

“More of the change came more with the move-in process overall,” Bailey says.

In the past, Dinerstein’s onsite staffers would follow-up with residents to ensure that they had filled out their paperwork, whether it was paying their first month’s rent, having their proof of renters insurance and ensuring every lease document was signed.

“Before COVID, we would have just done this onsite,” Bailey says. “This just pushed us to make sure all of that was 100% completed. That way, as they came in, we just needed to hand them keys.”

Now, Dinerstein relies on its property management systems to ensure that residents have filled out their paperwork.

“We use [property management tools] to have everything done for a resident before they get to the property,” Bailey says.

With the pandemic limiting in-person interactions, Dinerstein essentially made turns a drive-thru process. “As they drove through, all we had to do was check them in and make sure that everything had previously been done,” Bailey says. “Then, we can hand them their keys, and they are on their way to their apartment. Nobody had to interact, other than handing the key through the window.”

Campus First, a division of Austin, Texas-based RPM, introduced a similar drive-up service last year where the company checked off IDs and handed out keys. “It was not the full-blown experience of everybody crowding into the office and having vendors and tables,” says Heather Sizemore, Senior Vice President of Student Housing for Campus First. “The drive-up service was super-fast and efficient, and it prompted residents to be more proactive in doing those things that we ask them to do ahead of time.”

On the conventional side, the turn process changes weren’t as dramatic. That makes sense when apartment communities aren’t turning over their entire community in two days.

Still, the move-in process wasn’t necessarily stagnant. “We always want to take a good hard look at how we can make it more productive and efficient,” Brawn-Whitesides says.

For companies, both conventional and student, it’s important to let the incoming resident know their apartment has been correctly prepared.

“Cleanliness and visible best practices have become indicators of professionalism through the turn process and across most facets of operations,” Oglesby-Battle says.

Atlanta-based Wood Partners made turn process changes during COVID-19. It limited the number of employees and vendors that could be in the unit during the turn and required all social distancing protocols. “We allowed for more days between when the current resident vacated the unit to when we would allow our team to go into the unit to perform the make-ready process,” says Steve Hallsey, Managing Director. “We allowed for three days between the exit and maintenance.”

Some of the move-in changes that the pandemic brought may not be going away.

On the student side, Sizemore says Campus First will once again do drive-thru turns in 2021. If it works, the process could stick.

“For this year at least, we are going to continue with that model, even though we feel a little more comfortable in person [than last year],” Sizemore says. “We’re going to run that out for one more year and see how it goes. Then we’ll possibly decide to keep that model in place down the road.”

Dinerstein may also stick with the new drive-up check-in process. “I don’t think anybody would miss the mass move-in days that we had in the past,” Bailey says. “Even as we get past COVID and move forward, I don’t ever see this changing. I think people enjoyed it and it was just so much easier. It’s likely that it is here to stay.”

While the disinfecting and deep cleaning isn’t cheap, most apartment operators don’t see it going away soon. “I don’t think we’ll fully go away [from disinfecting] because I think it’s become a little bit of a new normal,” says Rachel Davidson, Executive Vice President at RPM.

Hallsey agrees. “We will keep all protocols in place for the foreseeable future,” he says.

Sometimes, it seems that the pandemic’s desperate times have called for better measures that may stick in the long-term.

While the pandemic upended the turn process, at least those apartments weren’t occupied in many cases.

When occupied apartments needed maintenance, operators often had to adjust on the fly depending on the resident’s preference.

“People reacted very differently to COVID,” says Yakov Belousov, Executive Director of Operations at Pegasus Residential. “Some were fine with people in their apartment. Others didn’t want anyone in there. But they still needed something to be taken care of.”

For those people who didn’t want people in their apartments for routine maintenance, Pegasus created guides.

“We created educational videos on the basic things that our residents could do themselves,” Belousov says.

When residents had COVID, Pegasus only did work in high-priority situations when the technician voluntarily agreed to enter the apartment and take many safety precautions.

“The big thing that we have run into is when it came to maintenance and taking care of some of our residents that had COVID,” Belousov says. “How we handled that was a little bit different, so we implemented some procedures and protocols there.”