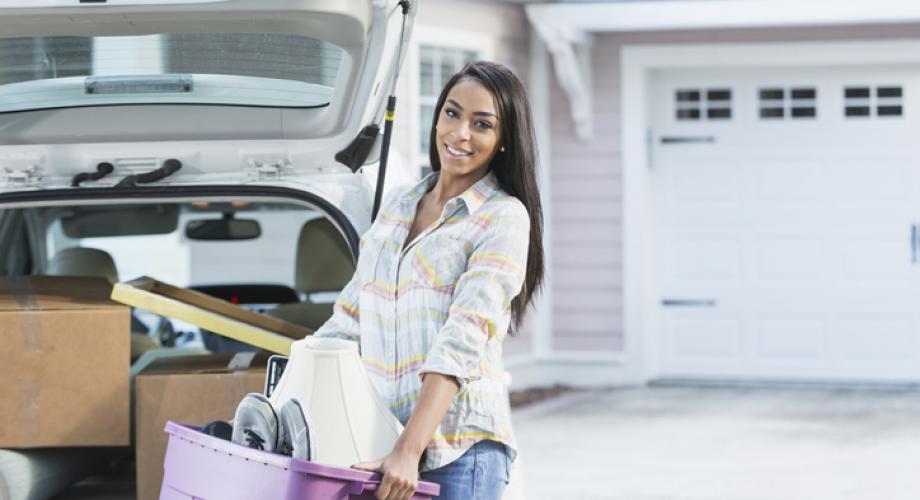 While bad turns and late deliveries can present different challenges, proper planning and communication can solve a lot of problems.

Nothing can doom a student housing development like being late. If communities aren’t ready for residents within their narrow turn time frame, any number of things can happen and none of them are good. Operators need to find a new (alternative) place for that resident to stay, which costs money. They also need to be prepared to deal with the reputational damage, angry parents and potential bad press for not having rooms ready for students.

If you’re a developer or handling a renovation, good preparation can help to prevent a lot of issues. But property managers are often at the mercy of those developers and renovators. Still, they’ve found that communication and planning are the most important steps when a turn or a project is late. For regular turns, the management company can take a lot of steps to mitigate risks, such as lining up back-up contractors.

“From a management perspective, the first rule of dealing with a late delivery is that there are no rules,” says Casey Petersen, Chief Operating Officer for Peak Campus. “The reality is that every situation demands a customized response.”

While every situation ultimately needs a customized response, there are common problems that come up consistently through the turn process. At Cardinal Management Group, the persistent issues are lack of planning, lack of formal engagement with the vendors and lack of coordination internally with the onsite team.

Eddie Moreno, Executive Vice President for Cardinal Group Management Company, says the best way to prepare is to begin planning early. “One thing that we do to mitigate those issues is we get well ahead of the turn season and start our turn planning in February and March,” he says. “We have a very programmatic turn manual that addresses the scheduling and the major milestones that our teams work through from late spring and throughout the summer as they prepare for turn.”

Cardinal Management Group finds it useful to give its management team templates of contracts, correspondence, bid forms and other processes to guide them through planning for turns, estimating costs and engaging with vendors.

“We generally use the 80-20 rule,” says Moreno. “You plan in a way that you’re able to control 80 percent of what's in front of you and that allows you to deal with the outliers—the 20 percent—if and when they happen. I think one of the best lines of defense that we have is to have a plan B.”

Jacob Kosior, National Director of Student Development for The Dinerstein Companies, says the common issues he sees are caused by too many renewal transfers, vendors dropping out at the last minute or unforeseen work in apartment homes that require attention beyond the usual two-week time frame.

“Teams can best prepare themselves for turn by limiting the number of renewal transfers, having a back-up option on vendors and completing a thorough inspection walk in July to document any known issues that may prolong the turn of a bed space, unit or tier of units,” Kosior says.

Even with all of those steps, sometimes apartments still aren’t ready. That forces the management team to take smooth the transition for residents.

“If units aren’t ready in time to welcome new residents, management teams should do anything in their power to accommodate the new resident until their future home is made move-in ready, including hotel accommodations and storage for personal belongings,” Kosior says.

While the turn process gives the management company some element of control, they often musts react to construction and development delays.

Development delays often come from a developer pushing too hard or starting too late, according to Brent Little, President of Fountain Residential Partners. “As a developer, we have one thing we can do—start early,” Little says.

Developers can fall into the trap of pushing general contractors into committing to a schedule that cannot be met. “Then they are surprised when the project is not delivered on time,” Little says.

Instead, developers need to be more realistic with timelines. “We just pushed back two project starts a year because we had concerns about being able to deliver them on time,” Little says.

Peak Campus has also avoided development delays. “We have been lucky enough to avoid late deliveries with our own development projects, but within our management platform, over the years, our team has dealt with a variety of challenges associated with delivery dates,” Petersen says. “Each instance has a different degree of severity and disruption, which requires a different approach.”

Still, there are things managers can do to prepare. Moreno says Cardinal starts planning 14 to 16 months before delivery to prepare its clients to deal with any situation that arises. That starts with the lease language and the steps that operators take to mitigate problems arising from a late delivery.

If there is a delay, Petersen says Peak may need to push back a move-in date, relocate residents to other apartment homes within the community or find them temporary housing elsewhere. “We aim to get out in front of our customers as early as possible to be able to answer questions and discuss alternatives, and in all cases, we work closely with our developer partners to establish contingency plans,” he says.

To be able to communicate with residents, a manager first needs to know what’s happening. Moreno says his company is normally involved in construction meetings and, because of that, it knows when delays are on the horizon.

“Obviously, in conversations with our clients on a weekly basis, we’re given construction updates and we can generally gauge when a deal is going to be late,” Moreno says.

Moreno wants to get information out to the market as quickly as possible, but sometimes, specifically with developers, the client wants to wait before messaging about potential delays.

“In some cases, developers will feel like they can push their general contractors, get approvals from the city to work extended hours, make up two, three or four weeks and still deliver on time,” Moreno says. “We have to balance the desire for the developer to continue to try to meet that deadline with our responsibility to ensure that the residents have ample opportunity to make decisions about where they’re living.”

While every situation may demand its own response, Petersen says that Peak aims for early, open and honest communication with future residents and parents. He says that it’s important that residents feel as though they are in the loop along the way and that manager and developer are being open and transparent.

“We try to create healthy tension with our partners and general contractors as early as possible if we believe that there could be delivery challenges,” Petersen says. “The earlier we can arrive at a consensus that a late delivery is a real possibility, the more effectively we can communicate and the better we can determine the best course of action.”

Once management teams get that news, they must take the time to plan the logistics of the late delivery and identify opportunities to make the most of a difficult situation before rushing to communicate with residents.

“In two late deliveries in recent years, my teams have worked to coordinate storage spaces near the property and resident hotels to allow future residents to store the belongings they planned to move into their apartment starting on their move-in day, even if they aren’t able to take occupancy of the unit,” Kosior says. “Allowing space for storage addresses the concerns of most parents, many of whom have come to town with belongings in tow to assist with the move-in day. It’s then up to the property team to securely tag, store and transport the belongings as an added convenience to residents.”

After the management team takes care of belongings, it must communicate as many updates as possible to future residents and parents.

“This past year during a delayed move-in, we committed to a daily email by 5 p.m. with updates,” Kosior says. “Even if there was no news from construction, we wanted residents and parents to know we were on top of any updates that did come through and would keep them informed as soon as we had new information.”

While bad turns, where apartments aren’t ready for the influx of students in August, aren’t the same as construction delays, Dinerstein treats them the same from a communication standpoint. “It’s important to communicate updates to the future resident and his or her parents to show the team is aware of the turn mistakes, is working to remedy the problem, and will be as accommodating as possible in the interim,” Kosior says.

To learn more about the hidden pitfalls in turns, check out CampusConnex.