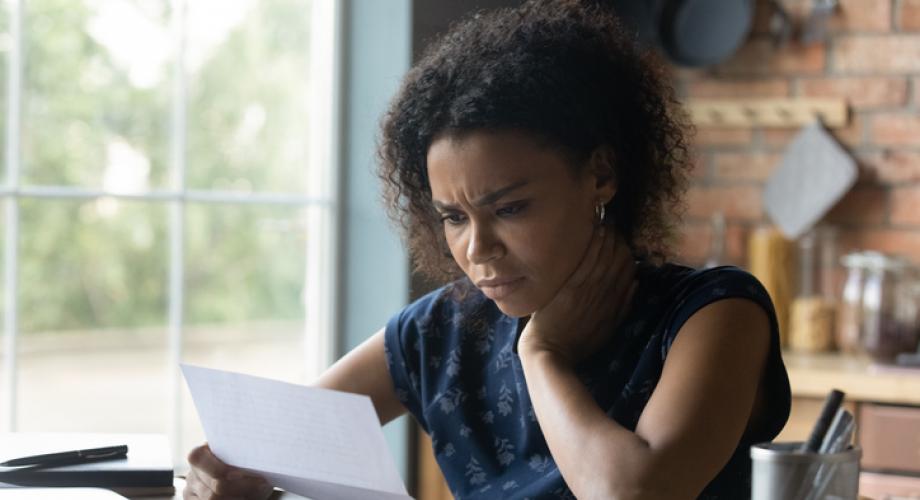 The public health crisis caused by COVID-19 and the policy response at all levels of government has severely affected the apartment industry, from small mom-and-pop owners to larger multifamily housing providers. Most of the nation’s governors issued stay at home orders and eviction moratoriums to reduce the spread of coronavirus in the first months of the pandemic. But, while many areas have begun reopening and allowed their moratoriums to expire, 17 states and many of the nation’s larger cities continue to have emergency eviction restrictions in place via executive order, legislation or court order.

On top of this patchwork of state and local eviction restrictions, the U.S. Centers for Disease Control and Prevention (CDC) recently issued a federal eviction moratorium, effective through the end of the year.  The National Apartment Association (NAA) acted quickly to notify its members of the order, analyze it and develop operational guidance for its members (including a 90-minute educational webinar). On September 18, NAA joined a lawsuit filed by the New Civil Liberties Alliance (NCLA), challenging the CDC order and the agency’s authority to issue it. NAA also joined its coalition partners in calling for Congress to pass a robust federal rental assistance program to aid struggling housing providers and their residents suffering from the severe economic effects of COVID-19.

In light of the CDC’s order, which went into effect on September 4, NAA spoke to a number of state and local apartment association leaders and government affairs professionals about the state of play in regards to eviction policy in their states, the impact of the new CDC order and what they are doing to advocate for the industry in this incredibly difficult political environment.

The types of emergency eviction policies established across the country vary greatly depending on party control and the power dynamics within the state. While some policymakers in progressive-leaning jurisdictions have made sweeping temporary measures permanent by codifying them into law, others continue to promulgate short term extensions of eviction moratoriums or other renter protections through emergency powers. With either approach, their goal remains the same: to minimize the risk of displacement and impact of COVID-19 on renters.

As a result of this patchwork, NAA’s affiliated apartment associations have faced differing sets of challenges. Arguably the most challenging situation is dealing with continued extensions of eviction moratorium by executive order with Illinois being one of those states. The Chicagoland Apartment Association (CAA), for example, acted quickly and adjusted their advocacy strategy to concentrate on these new challenges.

“Governor Pritzker has continued every 30 days to issue that executive order [establishing an eviction moratorium],” says Tom Benedetto, Director of Government Affairs for CAA. “That has left us in a precarious position every month to try and re-engage and make our case to the governor's office, to lawmakers.”

Currently, Illinois’ eviction moratorium prevents housing providers from commencing eviction actions or engaging government agencies to enforce them. Convincing the governor to allow the moratorium to expire has been a tall task, so CAA, according to their Executive Vice President Mike Mini, has attempted to achieve modifications to the order, tailoring the moratorium to cover residents directly affected by COVID-19. “Our strategy has been to advocate to the Governor that the order is too broad, that residents should have to show they have been financially impacted by COVID-19 to receive eviction protections…we’ve been trying to get him to recognize there is a certain percentage of residents out there who we believe are taking advantage of the moratorium and simply not paying rent because they know that there’s nothing that anybody can do about it.”

In other parts of the country, the industry has faced eviction restrictions imposed by the court system. Various state supreme courts, including Tennessee’s Supreme Court, reacted to the pandemic by modifying court procedures and issuing stays for a variety of case types, including landlord-tenant. Even after supreme court restrictions expired, landlord-tenant courts in some jurisdictions refused to hear any cases in the state. “We had judges in Davidson County [Nashville] that simply weren’t hearing eviction cases. So even when the Supreme Court order expired…there were judges that were choosing not to hear cases and that was occurring through the end of August,” says Catie Lane Bailey of Waller Lansden Dortch & Davis PLLC, who represents the Greater Nashville Apartment Association. “Exceptions were being made for safety and welfare, but they were not hearing any cases related to nonpayment of rent.”

The CDC’s eviction moratorium adds another layer to the complex patchwork of eviction regulations. The most important aspect of the order from a state and local policy perspective is its reverse preemption, which exempts any state with similar or greater eviction protections. The lack of guidance has left the industry to make educated guesses on how this reverse preemption works. From Bailey’s perspective, there is going to be a lot of confusion. She remarked “From an implementation standpoint it seems that all eviction moratoriums have the same effect. It’s going to be pretty challenging to determine if a state or local policy meets or exceeds the CDC standard.”

In New Jersey, under Governor Phil Murphy’s Executive Order 106, the state has a moratorium on nonpayment of rent cases for the duration of the Public Health Emergency or State of Emergency. Courts are hearing cases of alleged lease violations with added procedural safeguards under Court Directive 20-20, including use of virtual hearings. According to Nick Kikis, the New Jersey Apartment Association’s (NJAA) Vice President of Legislative & Regulatory Affairs, the indefinite nature of the state’s moratorium and the decision by courts to hold virtual hearings means there is an argument that the order does not apply. “I think the most important question is whether the order prohibits filing, mediating or adjudicating cases. My opinion is that the order is limited to stopping the removal of a tenant after judgement is concerned. I think that’s supported by (1) the definition of eviction in the order (which is the removal of a tenant), and (2) the authority and justification for the CDC order (which is to prevent interstate spread of COVID-19 – adjudicating or mediating a case over zoom could not lead to interstate spread).”

For Mini, CAA members are facing a different prospect. Even though the Illinois protections appear stronger than the CDC order and therefore exempts the state, the severe penalties for violating the order are posing as a deterrent to taking any eviction action.  “I think the order is pretty clear that if a state moratorium is more stringent or goes further than the CDC moratorium, then the state moratorium would still apply and be in effect. We're operating under that guise until at least September 19 when the governor's order is set to expire. Bottom line is there's just a lot of uncertainty at this point.”

So far, California Governor Gavin Newsom has been the only governor to give an interpretation on the CDC order publicly. On September 2, Newsom said the order would not apply in California because the state has stronger eviction protections established by the recently passed AB 3088, the COVID-19 Tenant Relief Act (CTRA). “Our protections are not impacted by those federal rules and regulations. Our protections go a little farther than the federal government. There is no income cap as the federal government currently has.” To further bolster his point, the governor noted that the CRTA will be in effect until February, while the federal order expires December 31.

Where do we go from here?

The CDC’s order now intensifies the strain of operating rental housing during these difficult times and puts the financial solvency of properties in greater jeopardy. This scenario puts entire communities of renters at risk for displacement and will exacerbate housing affordability challenges in the long term. NAA continues to encourage the Administration and applicable federal agencies to issue guidance clarifying the outstanding issues in the CDC order as well as the ongoing challenges associated with the CARES Act notice to vacate requirement.

Congress and the Administration’s previous efforts to provide robust financial assistance to households and businesses impacted by COVID-19 prevented widespread evictions and helped to ensure the continued viability of the rental housing industry. As they consider additional COVID-19 relief and recovery efforts, we urge Congress and the Administration to take meaningful action now by providing robust emergency financial assistance to the millions of renters and housing providers who will now be affected by federal eviction restrictions.

NAA continues to work with its affiliate network as we collectively serve as the voice of the rental housing industry and support the industry’s advocacy priorities at all levels of government. In addition, the Association is committed to challenging the CDC’s overreaching order with additional legal challenges throughout the country. The rental housing industry should not be held solely responsible for solving our nation’s housing crisis, which has been exacerbated in this pandemic, and government agencies should not trade one crisis for another.