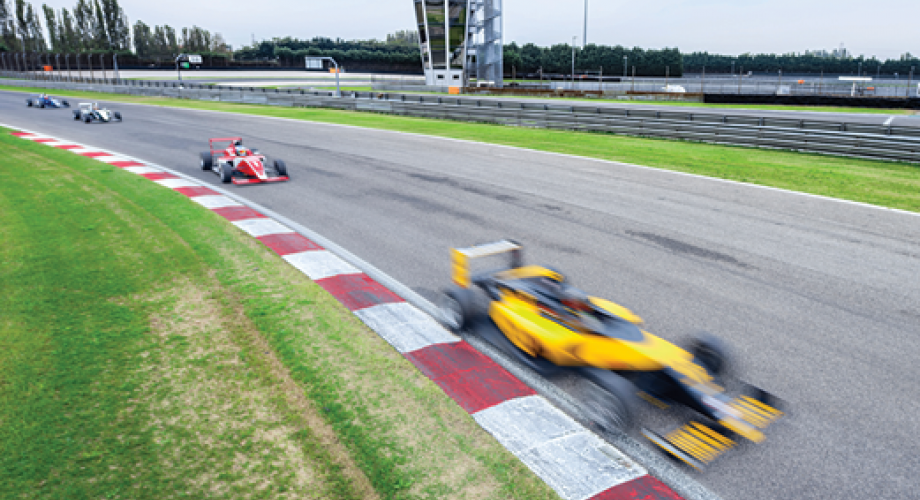 There was a time when property managers didn’t have to worry about the internet service. The pandemic has changed that. Now apartment properties are judged on internet speed.

It used to be so simple: Property managers took care of apartment buildings and third parties provided internet and cellphone service. Residents didn’t call the property management office if their internet service went down or their cellphone failed.

This all changed during the coronavirus pandemic. Many apartment residents were forced to work from home while their children attended school remotely. A growing number of property managers began to get calls and texts from desperate residents in places where the internet or cellphone service was spotty. Leasing agents also received more questions about internet and mobile phone service from prospective residents.

“We could see the desire for more and more capacity by the inquiries from residents,” says Patrick Klein, Executive Vice President and Chief Technology Officer for Essex Property Trust, working in the firm’s office in Orange County, Calif. Essex is now partnering with technology company GiGstreem to bring faster, wireless internet to its residents. “Ultra-fast, high-speed internet was something residents cared about.”

Economists have not yet drawn a clear connection between the reliable internet service and average apartment rents, but a growing number of renters consider strong internet and cellphone service when they choose where to live.

In the very near future, apartment buildings will be publicly judged on their connectivity. Starting in June 2021, WiredScore, a technology company with offices in New York City, began certifying U.S. apartment properties based on the internet and cellphone service, including speed, reliability and the number of choices available to residents.

Property owners who participate in WiredScore’s program arrange to have their buildings rated for the strength and reliability of the internet service. The certification also considers cellular phone service and whether the property can accommodate likely future technologies. Qualifying properties earn a WiredScore certification - higher-performing buildings earn silver, gold or platinum certifications.

WiredScore has already become important for U.S. office properties - residents pay an average of 6.9% more for space for every level that space has earned on the WiredScore certification system, according to WiredScore’s analysis of 2018 data from CoStar Group. “High WiredScores in offices certainly correlate with higher rents—from 2017-20 they also correlated with higher rent growth,” says Andrew Rybczynski, Managing Consultant for CoStar.

Who cares about fast internet… enough to pay more in rent?

An increasing number of renters include the speed and reliability of internet service in how they choose where to live. But so far, they have not been willing to pay higher rents.

“Apartment renters do seem to value high-speed internet… but on a relative basis, it does not compare well to more obvious amenities like fitness centers, pet amenities or rooftop terraces,” says Rybczynski.

That may be changing. Many renters who spent the year of the coronavirus pandemic quarantined in their apartments will think twice before they willingly move into a home with weak and unreliable internet or cellphone service.

“During COVID, when you would have a couple at home doing Zoom all day and a kid doing home school – those people hit the wall pretty fast,” says Shawn Mahoney, Senior Advisor for RET Ventures, a venture capital firm based in Park City, Utah, focused on property technology, and until recently Chief Technology Officer for Boston-based apartment company GID.

Fast enough internet may be a little like hot, running water—something most people only think about if the water isn’t hot enough. “Not all residents are going to use internet at the same level and need,” says Kitty Wallace, Senior Executive Vice President for Colliers, working in the firm’s Los Angeles office.

For example, a single resident with relatively slow internet service clocking in at a mere 60 megabytes per second can probably stream movies on a large television, join a Zoom call and certainly surf the internet without ever noticing their supposedly slow service.

The challenge comes when multiple users are using the bandwidth at the same time, especially when they use features like sending and receiving video. Slow service can become slower in a building where dozens of different apartments have different wireless routers broadcasting at once.

“The signals can all conflict,” says Mahoney.As life gradually returns to normal—and more workers return to the office—renters may not use their internet as much as they did during the pandemic. However, many workers say they intend to telecommute at least some of the time. Eventually, that might begin to show up in the rental income from well-connected properties—and that would affect what investors are willing to pay for connection.

“Since a permanent increase in hours worked from home does seem likely, the equation could change for developers and investors as they consider what the appropriate spend is for increasing connectivity,” says Rybczynski.

Who cares enough to invest in faster internet?

Traditionally, apartment buildings have simply relied on third parties to serve their residents with high-speed internet. The service might be very fast or not fast at all, but the property manager had little to do with it.

“People want choices… In some places you don’t have any choices,” says Mahoney.

A growing number of apartment organizations now give residents the option to tap into building-wide, high-speed, wireless internet service. This kind of amenity is already common at student housing communities and hotel properties, says Mahoney.

In spring 2021, Essex began to provide wireless internet service at it first three properties, with 30 more coming online during the next quarter of the year. Essex’s partner in the endeavor, GiGstreem, is building the fiber-optic infrastructure. Residents will have the option to sign-up and pay for GiGstreem’s super-fast internet or continue to use their existing internet service provider. So far, 10% to 15% of residents at Essex’s three communities that offer GiGstreem have signed up, which is on-target, according to Essex.

Wireless internet service can also help apartments with weak cellphone service because residents can make cellphone calls using the wireless signal. Many cellphone providers seem uninterested in putting up new antennas to improve service for their customers – even if property managers offer to provide places to put the antennas for free. “They are not interested in making those investments generally… I have not seen it,” says Klein.

Owners who plan to continue to operate their properties for years will also benefit from connectivity, even if residents are not yet willing to pay more in rent.

“Building owners themselves are deploying technology – that technology needs connectivity,” says John Helm, Founder and Partner with RET. For example, many property managers now let prospective residents visit apartments in which they are interested and view the property’s amenities on self-guided tours using their mobile phones.

“A merchant builder will typically not put this infrastructure into a building… They never get the money back on the purchase price,” says Mahoney. “This whole idea of connectivity is not important to most investors. REITs are doing this because they are going to be holding the properties for a long time.”

Bendix Anderson is a freelance writer.