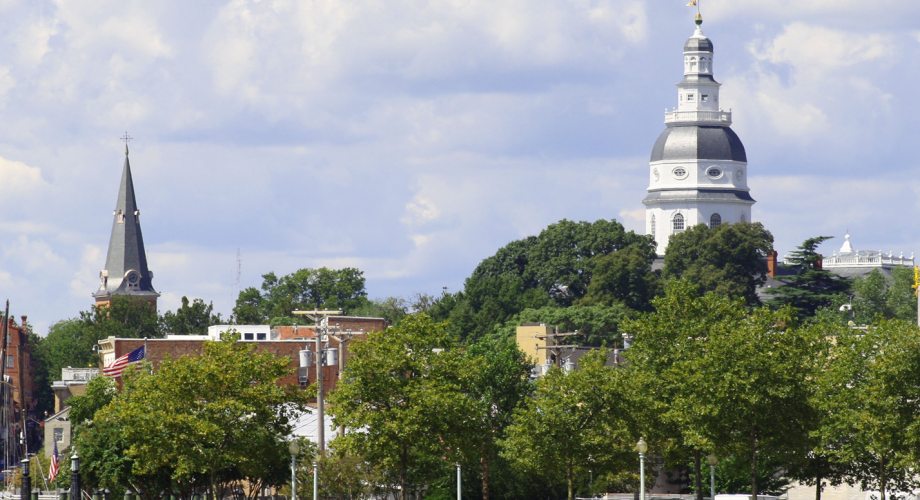 An examination of how the industry worked to defeat state-level legislation that would have negatively affected rental housing and set dangerous precedents for other states.

The rental housing industry has dealt with extensive legislative and regulatory challenges during the past few years. These hurdles have extended well beyond the halls of Congress to the state and local levels across the country.

Maryland was a particularly busy state when it came to proposed policies that would negatively affect multifamily housing in 2022. The National Apartment Association (NAA) and the Maryland Multi-Housing Association (MMHA) set out to ensure that these proposed policies would not become law by combining MMHA’s direct lobbying efforts with several digital grassroots campaigns that engaged members in advocacy.

There were several pieces of legislation put forward by Maryland lawmakers during the 2022 legislative session that would have negatively impacted the rental housing industry and would have established a precedent that other states could have replicated in the years to come. The state of Maryland has a divided government, where both chambers (House and Senate) are controlled by the Democratic party, while the Governor is Republican. Both NAA and MMHA knew that to defeat these bills, there would need to be consistent activity by both MMHA government affairs staff, MMHA members and the multifamily housing industry throughout Maryland. 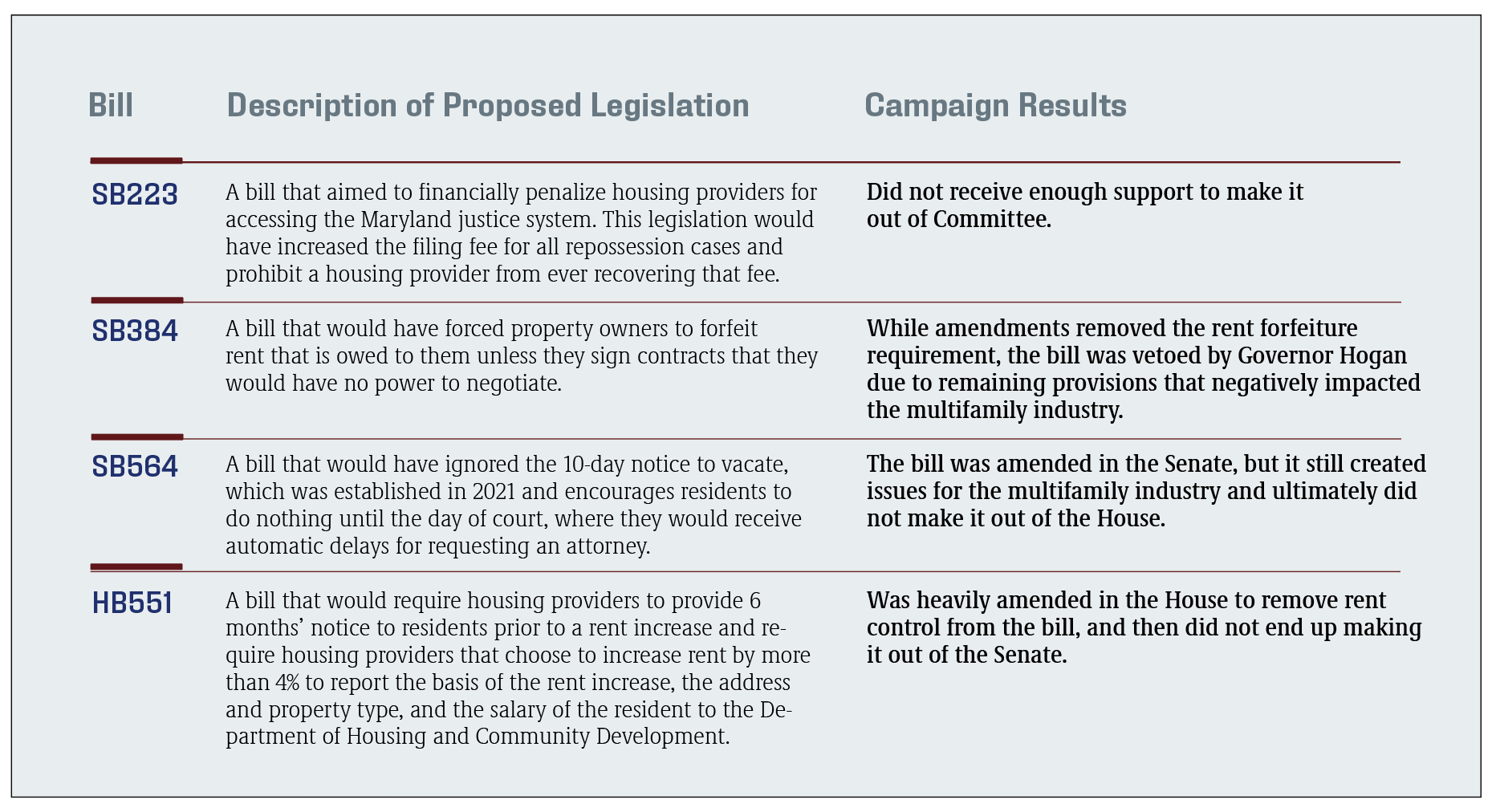 MMHA government affairs staff had countless conversations with state lawmakers about these bills and focused their efforts on educating elected officials directly on the potential harm these pieces of legislation would bring the rental housing industry throughout the state. In addition to MMHA’s direct lobbying efforts, they partnered with NAA to build out comprehensive grassroots campaigns that were designed to mobilize MMHA’s membership and the larger industry throughout the state.

In total, several MMHA/NAA campaigns on these bills resulted in 475 individuals taking action and contacting their lawmakers, with 12,525 total communications sent to Maryland lawmakers on these issues.

MMHA and NAA focused the messaging to lawmakers on the negative impacts that these bills would have on housing providers and the multifamily industry, while simultaneously offering alternative solutions to the issues the bills were trying to address to ensure that resident needs were still being taken into consideration. By crafting the language of the communications to lawmakers in this way, MMHA and NAA ensured that legislators would be able to see more practical solutions to the issue at hand. Without presenting an alternative solution to a proposed piece of legislation, it can lead to lawmakers supporting a bill for the sheer fact that they do not know of any other solutions.

The rental housing industry will continue to face challenges over the next year, but with strategic messaging and coordinated campaigns at all levels of government, NAA members and affiliates will be able to defeat pieces of legislation that would negatively impact the industry, and effectively support bills that would help the industry.

Austin O’Boyle is NAA’s Manager of Grassroots Engagement. If you need a grassroots effort in your state or locality, reach out to him at [email protected].