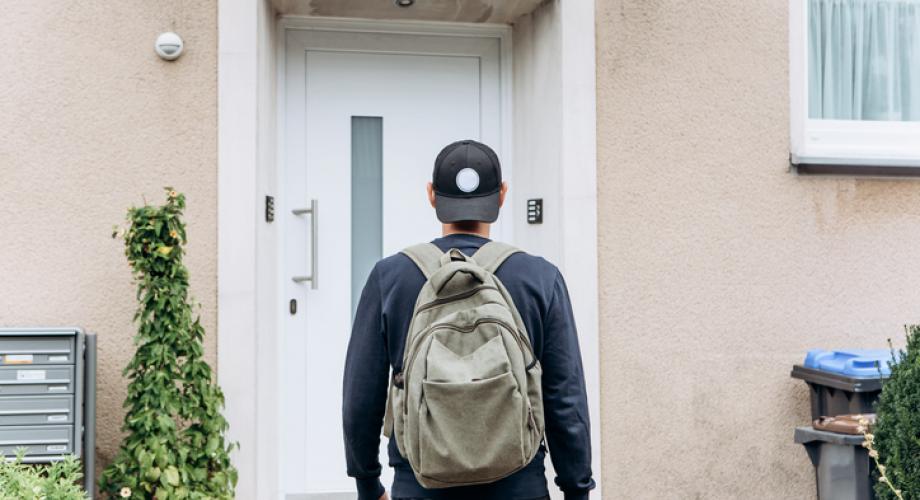 Multifamily operators consider the emerging technology, and get some tips from a single-family rental company.

Make no mistake: Among prospective apartment residents, the demand for self-guided tours is real.

More and more of them want to experience a potential new home on their own terms and without having to interact with a leasing associate (especially amid the COVID-19 pandemic). Some multifamily operators are beginning to take notice, but the apartment industry as a whole has yet to fully embrace self-guided tours.

Phil Rogers, Director of Operational Planning and Analytics for Invitation Homes, which owns and leases single-family homes, has some tips for apartment operators about implementing the self-guided tour technology. Invitation Homes, like others in the single-family rental sector, has made self-guided tours a common feature. “At the end of the day, we have found it provides an easy, flexible experience for customers and is a powerful tool for our leasing teams,” Rogers says.

Invitation Homes, which owns and operates about 80,000 homes for lease in 16 markets across the U.S., has offered self-guided tours for several years.

“It was really an operational necessity, born out of the realities of the single-family industry,” says Rogers. “Any large-scale, single family residential operator is managing a lot of homes over a relatively large geographic space in any given market."

While the technology may have started out as a way to scale operations, data indicates that prospective residents in the single-family rental market truly appreciate the convenience and overall experience of self-guided tours. “The vast majority” of Invitation’s customers who tour a home choose the self-guided option, says Rogers.

“[Today’s] renter really doesn’t necessarily have the patience or the time to wait for a team member to be present for a tour in every single home,” Rogers adds. “Prospects love the option of self-guided tours.”

At real estate PropTech provider Anyone Home, whose prospect- and resident-engagement solutions include a CRM and self-guided tours, analysis of the 2018 leasing activity of all of its single-family clients shows 24.4 percent of all prospective residents booked a tour. Of those, 61.3 percent chose only a self-guided one, 30.1 percent chose only a tour with an associate and 8.6 percent booked both tour types. But those who used self-guided tours converted to lease at nearly twice the rate—9.3 percent vs. 5 percent—than those who didn’t.

The specifics of how a self-guided tour unfolds will vary depending on the property manager. But in the case of Invitation Homes, the broad outline of the process is: A prospect can schedule a self-guided tour either over the phone or online. Assuming the home shopper clears a quick screening, he or she is given a temporary access code that allows the prospect to open a smart lock on the home they want to see. The code is only good for a certain timeframe. In addition, prospects don’t have to download an app to take the tours.

To start with, the technology allows prospective residents to get into a home quickly. Assuming a customer passes a screening process that verifies the prospect’s identity and searches for any evidence of prior fraudulent activity , that person can be touring a home within several minutes of making the request without having to wait for a leasing associate, Rogers says. “They’re not beholden to someone else’s schedule, and this creates a really positive experience and helps moves them along the leasing process from there.”

According to Anyone Home’s analysis, 61.9 percent of single-family prospective residents who book a self-guided tour start the tour within one hour.

Not being saddled with as much touring lets Invitation’s leasing associates focus on the many other aspects of the home-hunting experience that drive conversions, such as following up with prospects after their tours and sending highly targeted communications to leads who are at various points in their home-shopping journey.

“What we have found is that leasing agents who were high-performing before self-guided tours are really able to go stratospheric with their leasing performance because they can sign significantly more leases than before,” says Rogers. That’s because, among other factors, associates can spend more time tending to the needs of other prospects and building rapport with them instead of having so much of their day consumed by touring with just a few prospects. In addition, self-guided tours allow prospects to see a home almost immediately instead of having to coordinate with an associate, which means more efficient and easier buyer journeys for prospective renters, which puts more of them in a “ready to lease” state of mind, Rogers adds.

As for apartment operators that might be reluctant about letting just anyone visit one of their communities unattended, Rogers says operators can implement policies or limitations as they see fit. For example, “some companies in the single-family space have decided to only offer self-guided tours to prospects who have already toured a home with an associate.”

Rogers also says operators need to emphasize that by introducing self-guided tours, they’re simply giving customers another option. “We have not turned off associate-guided tours by any means,” he says. “Instead, self-guided tours are treated like an additional amenity: Something that is offered to prospects should they want it. I believe that as the technology becomes more popular, the operators that can seamlessly offer both guided and self-guided tours are going to gain an edge over peers.”

One apartment operator that’s pilot-testing self-guided tours is Mill Creek Residential, a Boca Raton, Fla.-based apartment developer and operator that has about 80 communities in its portfolio.

In mid-October, the company began to offer the option at Modera Central, a 22-story community in downtown Orlando, Fla. The tours are part of Mill Creek’s ongoing efforts to enhance “the customer experience by providing the services desired at the customer’s convenience,” says Dionne Van Druff, Mill Creek Vice President of Property Management.

“Think about how widespread a service like Uber is now,” Van Druff says. “You call your own car, and you're picked up on the corner in five minutes. Customers are more self-sufficient than ever before and continue to demand increased speed and convenience.”

The results of the pilot test have been extremely positive so far, says Van Druff, and Mill Creek is considering rolling out self-guided tours at a handful of other communities this year. “Our customers seem to like the flexibility of the options we provide,” she says. “Whether they contact us in advance to schedule a tour or take advantage of the convenience of the self-guided tour, they like the idea of being able to customize their experience.”

On top of the fact that, with self-guided tours, customers don’t have to wait around for leasing associates to show up, many prospective residents simply prefer seeing a community without a leasing associate hovering, Van Druff says.

Some of them really want to “touch and feel” the apartment home, says Van Druff, and may not feel comfortable doing so in front of an associate. “But if they’re on a self-guided tour, they have the freedom to really look at the apartment home and community features that are important to them and take advantage of the experience more. They have the privacy to discuss finances and truly imagine the space as their own.”