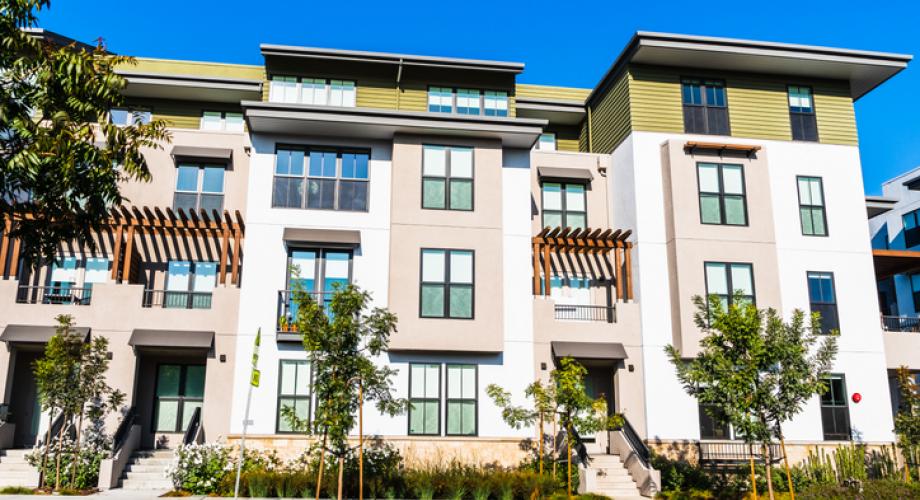 Why keeping your current residents is more important than ever.

For apartment operators, resident retention is always top of mind during the spring leasing season. After all, it’s almost always more profitable to keep a resident than to have to turn the apartment and close a new lease.

But at the beginning of the spring leasing season of 2020, during the height of the COVID-19 pandemic in the U.S., retaining existing residents took on even more urgency.

“Retention is always important,” says Marcie Williams, President of Charlotte, N.C.-based RKW Residential, which operates more than 20,000 units across the Southeast. “But it’s especially important now. We’re looking at increasing retention as a way to offset the recent decline in leasing velocity due to COVID-19.”

Stay-at-home orders have hit U.S. industries hard, and apartment leasing is no exception. In Chicago, for instance, the potential sales pace has been halved during a period that’s usually the busiest time of year for leasing apartments. “With the current crisis, new lease velocity is at 50 percent of projections,” says Aaron Galvin, CEO and Founder of rental brokerage Luxury Living Chicago Realty.

Apartment operators all over the country are paying extra attention to retaining residents and finding ways to help them weather the storm until the pandemic finally ends or at least greatly diminishes.

“Retaining residents really helps with a lot of different costs of turnover, as well as just the sense of community when you can keep existing residents there,” says Dana Caudell, President of Property Management at Wellington, Fla.-based Bainbridge Cos., which operates 20,000 units. “So our strategy hasn’t really changed, but we’ve definitely been reaching out to those folks now.”

One of the first steps apartment community operators took when shelter-in-place orders went into effect was to revisit the circumstances of residents who had already turned in notices to vacate, normally an unnecessary strategy during the spring leasing season.

“We have been calling each resident that submitted a notice to vacate to confirm if their plans are still intact or if they are interested in extending their lease,” Williams says. “Compassion and flexibility have been the key to our success in rescinding approximately 20 percent of the notices.”

Flexibility on all fronts has been a battle cry for operators across the country trying to deal with the ramifications of the pandemic. At Bainbridge, Caudell also says her teams have been reaching out to residents who had already handed in notices. Some people who planned to move have changed their minds because of the virus, she says. “Even if we have already rented out their units to someone new, we’ll try to see if we can move that prospect into another available unit so our existing residents don’t have to move out.”

A common tactic for many operators has been to offer renewals at current rental rates, without tacking on the 5 percent annual increase that has been the hallmark of this apartment cycle. “Rents aren’t frozen, but look, nobody’s giving out renewals with an increase at this point,” says Dan Wurtzel, President of FirstService Residential New York, which operates 20,000 rental apartments in the New York metro area, the epicenter of the COVID-19 crisis in the U.S. “Retention’s always a concern for us. But it’s an even bigger concern this year.”

For residents who have been hurt financially by the pandemic, many apartment pros are offering special repayment options, without charging late fees. “We know that the health crisis will eventually ease and the residents that can benefit from a payment plan now will reward us in the future with a longer lease term and getting their payments back on track,” Williams says. “So we’re working on plans with them that benefit us both, while directing them to resources such as rent and food assistance programs.”

Operators are also being flexible when it comes to extending leases in the short term, especially for residents who are wary of committing to another 12 months of rent payments, given the current employment outlook, which has seen more than 32 million Americans lose their jobs.

Caudell says she has some residents who haven’t been in their job long and are unsure if they want a long-term commitment. “So if that’s the case, we are offering extensions on renewals upwards of three months, without charging any type of short-term fees. We’re just trying to be as flexible as we can,” She says.

Renewals Up Amid Uncertainty

That strategy is paying off for Bainbridge, as Caudell reports some 80 percent of the firms’ residents are renewing, well above the industry norm of 40 to 60 percent.

In Chicago, a similar trend was seen through April, particularly when operators held their rents level. “We are seeing a 10 to 15 percent increase in renewals from historical averages, especially [for] properties not increasing rents,” says Galvin. “This is helping to offset delinquency rates and limit turnover costs.”

In student housing, increased flexibility has also paid off, especially for student renters who have little clarity so far on when school will be back in session this fall.

“We’re definitely offering more concessions or incentives to renew for next year than we were on January 1 of this year,” says Ari Rosenblum, Co-founder and CEO of Miami-based Vie Management, an operator of 11 student housing properties across the eastern U.S. “What we’re seeing is that a lot of residents are thinking that school will start at some point, so instead of rolling the dice in August and trying to figure out where they’re going to live then, they’re taking care of it now.”

The key in that market, however, is to make it clear that students will be able to back out of their leases if their school in fact doesn’t open in the fall. “The number one thing we’ve done is give people the ability to get out of their lease if school does not start,” Rosenblum says. “When we can allay that concern, we’ve been successful in getting people to re-up.”

While those kinds of concessions can help both residents and operators in the short term, observers also point out that when markets normalize, the impacts of those steps will still be felt.

“Short-term extensions usually come at a premium of $500 to $1,000 per month,” Galvin says. “But most owners are allowing short-term extensions right now with no premium because of the uncertainty for their residents. This empathy goes a long way, but the long-term effect of this strategy will adjust ideal expiration schedules and, in turn, impact the ability to raise the right thing to do for renters, but it will hurt the financials of the property down the road.”

Nowhere is that more apparent than in the B and C rental markets, where residents are more likely to hold hourly wage jobs and thus be more prone to feeling the impacts of the crisis. For those reasons, owners in those markets are even contemplating a future where rents actually go down.

“I believe our long-term tenants are more valuable now,” says David Hudgins, Co-founder of Los Angeles-based real estate investment firm HB Group, which operates a 36-unit, B Class property in Nashville, Tenn. “But because we don’t know what’s going to happen with the vacancy rate, or with the job market, what we’ll need to do to retain people or attract new residents may be [to reduce] rents.”

Focusing on the Fundamentals and Technology

On the other hand, experienced apartment operators also note that it’s during a crisis that covering the basics of property management can pay off with dividends.

“Reliable renters have become even more important, because every fulfilled rent payment plays a crucial role in keeping properties afloat and able to pay their mortgages,” says Brian Davis, a property manager and the Co-founder of Philadelphia-based property management platform SparkRental.com. “Care packages with toilet paper, hand sanitizer, masks and nonperishable food go a long way in generating goodwill. Small gestures like that make good tenants think twice about moving. And, of course, it’s just as important as ever to remain extremely responsive.”

Apartment operators say that retention is all about making residents feel connected and engaged in their communities. Therefore, many have been leveraging technology tools during the pandemic so residents and onsite staff can still interact, even with social-distancing measures in effect.

“We're always looking to do things for our residents to keep them engaged and to just promote that social feeling at our communities,” says Bainbridge’s Caudell. “What that means [right now] is going on Facebook or Zoom or virtual happy hours, or putting on a virtual online bingo night.”

At RKW Residential, Williams has been leveraging tools to stay front of mind with her residents as well. The biggest difference now is the need to create ways to connect with our residents virtually, she says. “But our consistent and personal touch points remain the same as they did pre-COVID-19, too. Our teams still pick up the phone, send personal notes and surprise gifts, and look for ways to create exceptional living experiences for our residents.”

They represent one more opportunity, amid the great pandemic of 2020, to hold on to the residents you’ve got, while limiting the loss of rental traffic at the height of the spring leasing season.