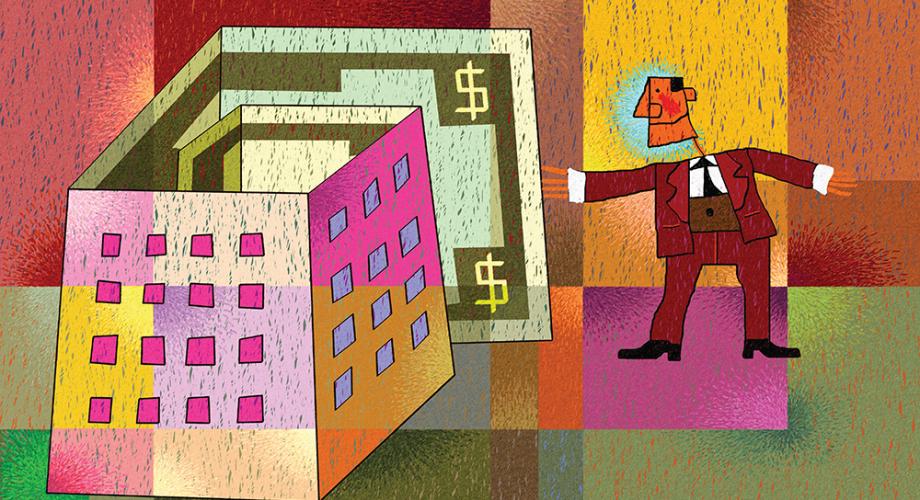 In our "Big Ideas for Owners with Small Portfolios" series, we share how successful IROs, such as Hains, Bryson and Ridgway, operate their properties. This is the first article in the series. Links to the rest of the series articles can be found below.

In the diverse universe of Independent Rental Owners, entrepreneurs find any number of routes to success.

Joe Bryson, Managing Partner of Stellar Equity Management in Houston, always had plans to own real estate, but when Hurricane Katrina hit, it accelerated his timeline.

Bryson worked as an IT manager in New Orleans when the monster storm leveled the city in 2005. In 2006, as he was helping his company recover from the storm, he was laid off.

“I have never experienced such indignation,” Bryson says. “I moved my family to Houston to find work in my field.”

The experience gave him the motivation to seek what he called “financial freedom.” Bryson had been taking real estate courses, but the lay-off gave him the incentive to begin charting his own course with rental housing.

“I started buying property, not realizing the market was starting to slide,” Bryson says. “Not exactly the master-move of an investor. [My actions] were more about security and finding multiple streams of income and financial freedom.”

The Great Recession gave Bryson the opportunity to acquire single-family rental housing. By 2010, he had purchased 10. After deliberating in 2011, he started buying multifamily. Now, he owns 277 apartments in the Houston area.

The experience gave him the motivation to seek what he called “financial freedom.” Bryson had been reading several books about real estate. While he was commuting from an extended stay hotel to his new job in a new city he also discovered, via a local talk radio station, a real estate mentoring group. The lay-off and the mentoring group gave him the incentive to begin charting his own course with rental housing.

“We sold our stocks and started buying real estate just ahead of the stock market slide. We really had not predicted or planned that timing,” Bryson says. “My actions were more about security and finding multiple streams of income and financial freedom.”

The Great Recession gave Bryson the opportunity to acquire single-family rental housing. By 2010, he had purchased nine. After deliberating in 2011, he started buying multifamily. Today, he owns four apartments (542 units) and nine single-family homes.

In the diverse universe of Independent Rental Owners (IROs), Bryson’s story is the rule not the exception. Some found their way into rental housing from other industries, even if the motivator was not as dramatic as a Category 5 hurricane. Other started into the industry at a young age. Whatever their paths, they proved there is more than one route that leads to success for IROs.

In fact, rental ownership led to greater financial freedom for those already employed by the apartment industry. While John Ridgway had spent 30 years advancing to the Regional Vice President level with one of the largest apartment firms in the country--Lincoln Property Company--he, too, craved financial freedom.

“I was with Lincoln, and during our annual 401(k) meeting about retirement planning, I sat through eight long-term strategy meetings,” Ridgway says. “After taking all of this information into account, I went home to my wife and I said we cannot [have a secure retirement] through our 401(k) plan alone. Property ownership is the way for us to put away enough money and continue to earn income past retirement age. It is how you replace the income from your job.”

In 2008, he formed Celtic Realty Advisors, a boutique investment and property management company. He currently owns four communities (he recently sold three). While Ridgway did not have a background in finance, he sought out education and mentoring, applied the knowledge and relationships gained through the industry service providers he knew and used it to his advantage. Best of all, property ownership has given Ridgway and his wife Debbie the opportunity to travel and operate their businesses remotely.

“It was one the scariest things I did: leaving a national, well-run company while earning a good salary to manage a property with 256 units,” Ridgway says.

Ridgway is happy he made the move.

For others, the entrepreneurial nature of the rental industry beckoned at a young age. Dan Lieberman, President of Berkeley, Calif., -based Milestone Properties and the author of The Effective Landlord, entered the business at 24. He started buying and fixing up houses and then switched to apartments. The former president of the California Apartment Association developed his own management company and at its peak was operating 1,250 apartments. He currently runs a smaller portfolio after selling off some buildings in the recent frothy market.

Legacy Community Housing Corp.’s Brent Sobol began his real estate career by managing single-family homes in college. He soon realized he preferred apartments because he could afford a team to help manage them and could make more money for roughly the same amount of work. After 19 years in the business, today he manages 472 apartments and has ownership in a couple thousand more through partnerships.

Steve Lightner of Jefferson City, Mo., earned extra income by painting apartments when he was in college in 1974. He became a property manager in 1978. Eighteen years later, he bought a 72-unit tax credit community. He owns and manages an additional 196 apartments.

Fellow Missourian Gary Wilson, Owner, A.R. Wilson Realtors in Springfield, started in the industry in 1985 and spent the next 10 to 15 years putting his business together. After surviving the savings-and-loan crisis in the ’80s and ’90s, he now has a modest portfolio of apartments.

Wilson and Sobel have been in the game for decades and have found a comfortable space without huge portfolios. But others who started their business in the last decade and have grown quickly.

In the case of Curtis Haines, he owned a staffing agency before buying a 127-unit property in 2009. His company, Vende Capital in Houston, now has ownership in more than 9,000 apartments as either a managing partner or passive investor.

If you are an independent rental owner with a solution or story to share, please contact Les Shaver, Senior Content Editor. For Big Ideas for Owners with Small Portfolios Series: Avoiding Maintenance Pitfalls,  Small Companies Can Offer Big Service  & Vendors Can Provide More Than Just Products and Services .