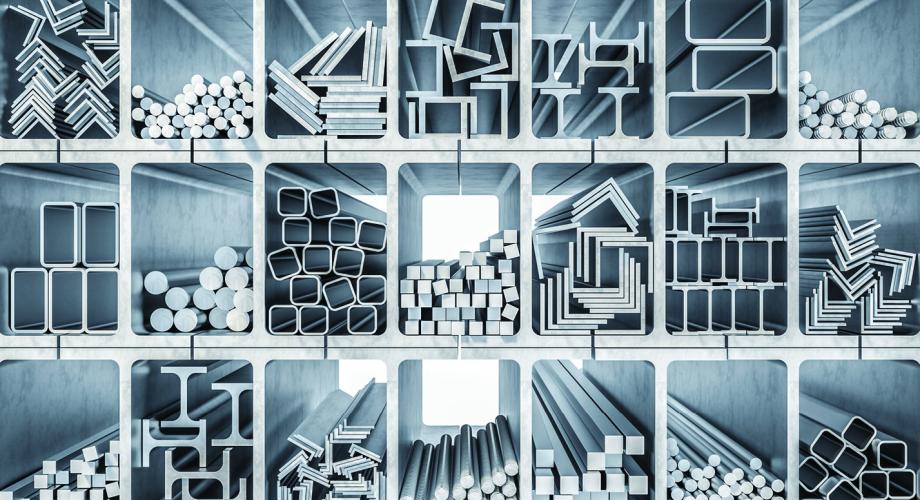 While renovators are struggling with price increases and delays, strong demand is helping make things pencil out.

“Our turnarounds are usually very, very significant,” Lubeck says. “We’ve had some properties in some of our markets where we’ve raised NOI by 50%. That requires great customer service, great renovation and great amenities. If you put all three of those together, even if it’s a 20- or 30-year-old property, you can dramatically grow NOI.”

Lubeck has found the most success when he does everything at once.

But in this environment, doing a renovation “in one big bang” may be more challenging than ever. Rising prices have made it difficult for apartment operators to secure the materials needed for apartment makeovers. And, even when they secure those supplies, finding labor to do the work is challenging.

But even with those challenges, companies are still renovating apartments, even if they’ve had to make some adjustments. “We’re just trying to figure out better ways where we can get the product faster, cheaper and more reliably,” says Zamir Kazi, CEO and Co-Founder of Tampa-based ZMR Capital.

Fortunately, a resurgent market is making it easier to pay more for materials or labor.

“The market is hotter than ever, and we’ve probably been more active than we’ve ever been over the last six months,” Kazi says. “Debt is extremely attractive, and the rent is moving [upward] so fast. We’re still getting hurt on the renovation side, but the rest of the market has been very favorable for us.”

For apartment renovators and others in construction, sourcing materials at an affordable price resembled a game of Whack-A-Mole.

Since the pandemic began, lumber prices have been a significant concern. However, in mid-August, lumber prices fell to an 18-month low. Lumber futures were around $458 per thousand board feet, which was 73% lower than May’s record high of $1,711, according to Business Insider.

“Lumber was huge, but lumber prices have come back to Earth as of late,” Kazi says. “We’re happy about that.”

But as lumber prices have moderated, other material prices are still increasing. For example, steel prices have increased 219% since Jan. 1, 2020, according to Fortune. Before COVID, the benchmark price for hot-rolled steel was in the $500 to $800 range. As of mid-August, it was $1,880.

These price increases have real-world effects on the cost of renovating an apartment. Before COVID and the run-up in steel prices, appliances cost ZMR about $1,200 per unit. Now, they’ve doubled. In the past, the company may have spent $8,000 to $10,000 on an interior renovation. “Now they’re $12,000 to $15,000 on the interiors per unit,” Kazi says.

But that might not be the biggest issue. Gridlock in the construction chain has made it difficult for apartment operators to get the materials onsite for renovations. “It’s really become a problem,” says Los Angeles-based JRK Property Holdings’ President and Chief Operating Officer Bobby Lee. “We’ve seen everything slow down.”

Kazi is facing similar challenges. “Everything is taking a lot longer to get and source,” he says. “The lead times are extremely long.”

Frank Roessler, Founder and CEO of New York-based Ashcroft Capital, says his company has been affected by the pandemic and supply chain issues are one part of that. “Things are getting better now, but for a time, most materials were scarce,” he says.

At one community, Ashcroft upgraded the appliances to stainless steel. When those appliances were hard to acquire in the first half of 2021, it left the existing appliances in place and told its residents that it would have to install the stainless-steel appliances when they arrived. “Because the entire planet felt rippling effects from the pandemic, most of our residents understood the situation,” Roessler says.

How quickly apartment renovators can secure materials often depends on where they’re coming from. If they’re arriving from China, it’s safe to assume they aren’t arriving on time.

“If I relied on China, I’d be screwed right now,” Lee says. “My hotels where we’re doing renovations have been delayed months.”

ZMR relies on products from China, which has been problematic for Kazi. “A lot of our stuff comes from China, and I think a lot of that affects supply chain lead time,” he says.

To address these issues, ZMR is looking to find products closer to home. “One conversation that we’ve been having as we scale is, does it make sense to start finding manufacturers of some of these things in the states?” Kazi says.

For its apartments, JRK already relies on domestic suppliers that are vertically integrated and don’t have to rely on third parties for things like cabinets or countertops. While JRK still may experience delays, they are minimal. For example, instead of a three-day turnaround, the company may now be looking at five to seven days for cabinets.

“Usually, the guy we have is cutting it himself or sources the stone and he makes his own cabinets,” Lee says.

Still, securing paint is becoming an issue with shortages across the country. Lee says JRK used to get away with touch-ups inside the units. But now, with the rampant shortages, the company has to repaint the entire unit.

“Now I have to change the paint,” Lee says. “We’ve had wholesale paint shortages across the country. So, I’ve just had to move to whatever’s close to it, even a different brand or a different color.”

Relying on domestic suppliers is one way to increase the chances that materials arrive on time. But apartment companies with scale also have had better luck securing products. For example, Lubeck says that American Landmark’s large portfolio produces economies of scale that have helped the company find products through the pandemic.

“Fortunately, because of our size and our access to capital, we haven’t had many supply chain disruptions, but pricing has certainly increased,” Lubeck says.

Finding materials and getting them onsite is only one of the problems facing apartment renovators. The most significant issue may be finding labor to paint the walls or install new appliances.

“My cabinet installer or my countertop vendor are just short [on people],” Lee says. “That is my biggest issue right now. I have 14 units to turn, but we can only do nine this week and five next week and that’s killing me.”

Lee isn’t alone. “There is a labor shortage because there is a lot of construction going on right now and it’s hard to find talent,” Kazi says. “I think that is an issue across all industries right now.”

For Ashcroft, the “slimmed down” labor force caused temporary delays and forced the company to increase payroll. “That got us through a temporary dip in production,” Roessler says.

To attempt to solve the labor issue, Lee is working through multiple suppliers. “We have properties where we’ll have two or three vendors on the property,” he says. “I have got to stagger vendors.”

American Landmark has been using the same group of national contractors, which has helped it continue to renovate apartments. “We’ve had no problem getting renovations done, but of course, costs have gone up,” Lubeck says.

The Economics of Delays

With costs rising at best and materials unavailable at worst, apartment operators cannot turn units or reposition units as quickly as they want for the costs they may have underwritten. “It does affect what we’re able to pay on a per-unit basis or it just adversely affects our returns,” Kazi says.

When materials are slow to arrive, apartments remain vacant longer. Lee generally likes transitional vacancy at 1.5%, but it is currently running at about 2.5% to 3% because of difficulty completing renovations. “It is still not hurting my business,” he says.

JRK’s vacancy loss is currently at about two to two-and-a-half weeks. Lee would like that number at around a week to 10 days. But the strong COVID recovery is pushing occupancies that gives them some breathing room. “I’m still running fine at that level,” Lee says. “The market is on fire.”

For others, the hot rental market is also helping ease the pain of supply shortages and material price increases.

“We’ve found that rents are moving quickly these days,” Kazi says. “You have all of this rent growth in a lot of these markets that we’re in due to people moving out of other states. We are tapering back on some of the renovations because we’re still going to get the rent increase anyway, given how fast rents are moving.”

Even when tapering back renovations, the market is still fueling significant increases for ZMR. For instance, the company is going to black appliances because steel prices are going through the roof.

“If quartz is a little bit too expensive, we’ll go down to a granite or a Formica countertop,” Kazi says.

While things are improving, the Delta variant remains a wild card. “It’s too early to tell what the effects of the Delta variant may or may not be, but as the world has begun to open up again, things have dramatically improved,” Roessler says.