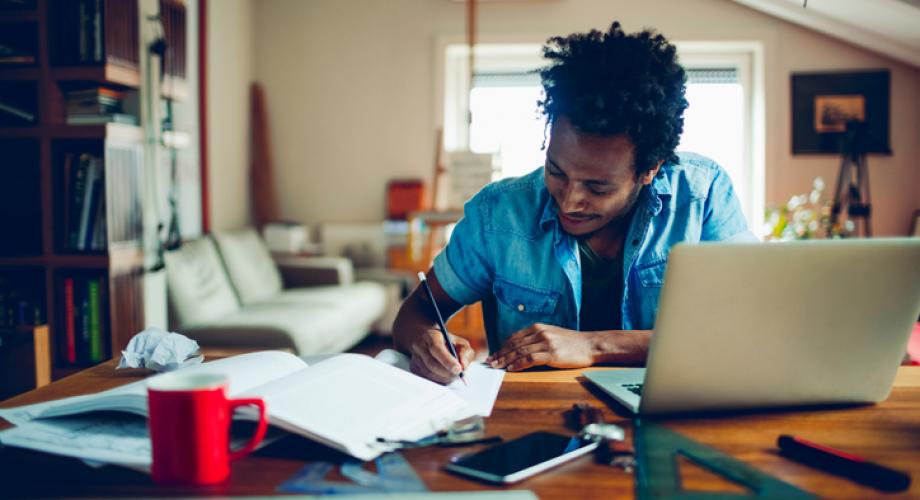 Part of the programming has included a variety of spaces for students to interact in small or large groups, says architect John Kirk, AIA, partner at New York City-based Cooper Robertson, which designs student apartment buildings as well as college and university master plans. “One reason to go to college is to enjoy a communal experience,” he adds.

What a difference a few months make.

College and university leaders across the country are working overtime trying to decide how to deliver a full college experience while protecting students as the fall turn season approaches. Will student housing, whether on and off-campus, bustle with the activities typically associated with living, studying, working out and lounging together, or will buildings have to close to safeguard everyone’s health? A third possibility is a hybrid solution that limits occupancy to make social distancing easier.

As of now, more than six in 10 colleges plan to reopen with in-person classes this fall, says The Chronicle of Higher Education. But that percentage may quickly move up or down, depending on what each school’s state and city decides, based on coronavirus numbers, as well as school funding and availability of beds to social-distance safely.

“The challenge is that there’s not going to be a one-size-fits-all solution,” says Kevin White, Chief Investment Officer at Austin, Texas-based Virtus Real Estate Capital, a private equity fund manager that invests in acquisition and development projects, including student housing. “I think what emerges will reflect regional results based on the concentration of the COVID-19 virus and risk assessments where the disease is more prevalent,” says White. But keeping everyone apart may not be economically feasible, even when technology comes more into play, says Kirk.

In the meantime, “we’re in a hurry-up-and-wait mode,” says Jason White, Senior Vice President at William Fideli Investments, a Boston-based real estate private equity firm that specializes in student housing and is leasing its new The Union at Auburn Apartments in Auburn, Ala., five minutes from Auburn University. “We’ve already leased 40 percent of the building’s 505 beds, with 200 more in a preleasing stage.” The company hopes to have all apartments leased by July, although a lot depends on whether the state lifts more restrictions and on what happens with high-revenue college football. “The good news is that it’s a new building, so the virus isn’t likely to be lingering,” he says.

For most involved in the student housing niche, the “new normal” probably will reflect trial and error, says Cooper Robertson’s Kirk. Following are some key challenges.

For students who haven’t yet leased, the process has gone virtual, with everything from online tours to video chats, Zoom, WhatsApp and FaceTime meetings, and instant messaging, says Demi Sterling-Kinney, Vice President of Operations with Aspen Heights Partners, an Austin-based developer and manager of student living, multifamily and senior housing communities. The fact that students are tech-savvy makes the process easy, says Jason White. Most owners and managers take the position that if students withdraw, it’s their responsibility to find a replacement.

Many managers have not yet lowered “bed” prices. But some have established payment plans and are forgoing late fees, which is what Austin-based Campus Advantage is doing. “That could change, however,” says Dan Oltersdorf, Chief Learning Officer and Senior Vice President of the student housing, property management, consulting and investment management firm, which manages 32,323 beds at 63 properties in 22 states. Aspen Heights has partnered with local apartment associations to offer financial aid programs for students, says Sterling-Kinney. And The Union at Auburn developed its “Worry-Free Renting” rent-deferment program for students uncertain about leasing. The program guarantees that when students sign a lease for this fall they won’t pay rent until in-person classes begin, or they move in before campus opens.

While an increasing number of new student apartment buildings include apartments with bed-bath parity—one bed per bedroom and a bathroom—that’s not always the case, and certainly not in older buildings. Some expect that social distancing could dictate a shift to single occupancy where physically and financially possible, says Jason Boyer, AIA, LEED AP, a principal at Studio Ma, which has designed housing at Arizona State University (ASU), the country’s largest public university, as well as at other schools.

One alternative might be to use prefab, modular, trailers and other nontraditional housing, says Kirk. Another possibility is that developers and managers in the same market will help each other, which The Scion Group is ready to do. “In some markets, universities have inquired about partnering with Scion to accommodate students in apartments to reduce the density of on-campus residence halls, which are typically configured as double occupancy and with shared bathrooms and community dining,” says Executive Vice President Eric Bronstein. The Chicago-based owner/operator owns 86 properties with more than 58,000 bedrooms in 56 university markets in 28 states.

Scott Orphan, Senior Vice President of Houston-based Asset Living, a third-party manager of 30 student buildings near such schools as the University of Georgia and the University of Florida, says his company has reached out to institutions about its communities’ benefits, which include bed-bath parity. And some schools, like ASU, talk about possibly keeping some floors in buildings unoccupied to accommodate sick students if an outbreak occurs, says Studio Ma’s Boyer.

For now, many buildings have established phased guidelines, with the first phase requiring that amenities like gyms, pools, tanning beds and study carrels remain shuttered and mandating personal protective equipment (PPE). Asset Living is taking this approach and plans to reopen facilities as state and Centers for Disease Control guidelines permit, says Orphan. Phase 2 might include some degree of PPE, social distancing and limited amenity hours, he adds. Campus Advantage is taking a similar position of adjusting to maintain healthfulness, Olstersdorf says. “Every other piece of gym equipment might be unplugged, or there could be sign-up sheets for a few slots open at a time.” His company has published a PDF that includes reopening procedures covering everything from amenity availability to service and maintenance requests and leasing office hours.

When students enter a building they’ll see more handwashing stations and stacks of wipes and masks. While students are social beings who enjoy congregating,  student living facilities may be available to residents only, or the number of visitors may be limited. “You might be allowed to have small study groups but not large gatherings on a Friday night,” says Kevin White.

In buildings where elevators are essential, there will likely be limits on the number of riders. “If it’s meant for eight, only four now may be permitted, and each will stand in a different corner,” Kevin White says. Of course, this could pose a logistical challenge at times, such as when students and parents all descend for move-in day. “They probably will have to stagger the timetable over several days,” he adds.

As part of its phase 1 guidelines, Asset Living buildings may have some amenities open during office hours so that staff are available to enforce rules. “If students don’t [comply], we might consider shutting [amenities]  down,” Orphan says, though Orphan and others are realistic about the likelihood of full compliance. “It’s impossible to expect 100 percent,” says Oltersdorf. Jason White of William Fideli agrees: “We hope they would but plan that they won’t.”

No matter what changes occur in the short term, some are likely to remain, even after the virus disappears. “We may continue to see enhanced sanitization, more sanitizer stations and some social distancing, or fewer people at gatherings,” says Orphan.