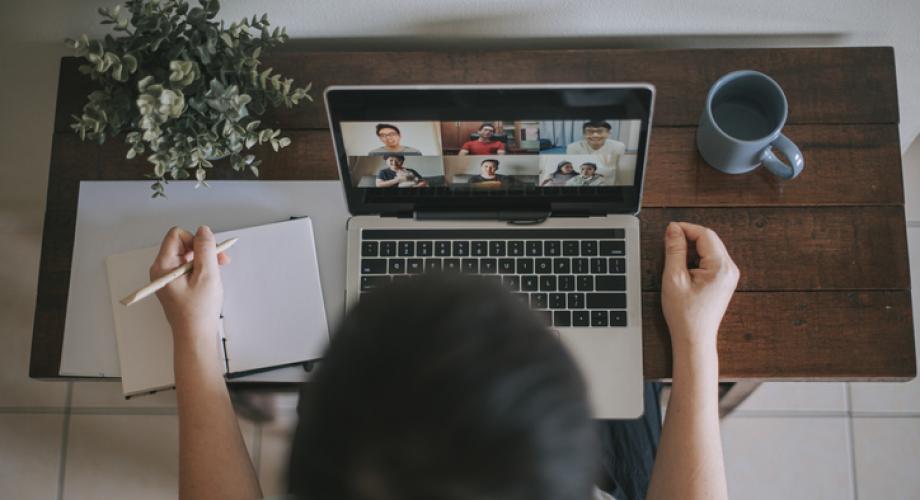 Oddo Development has associates focused on virtual leasing and completing tasks on their to-do lists.

When COVID-19 forced the closure of the nation’s economy, executives at Oddo Development had no idea what was going to happen with leasing.

In one respect, however, they were pleasantly surprised.

“I think the people who are looking right now are seriously looking,” says Jeannette Cox, Executive Vice President of Oddo Development Company. “If they’re calling you and wanting a virtual tour, we’ve seen that they are definitely in the mode to move, and they’re doing it fairly quickly.”

Right now, Oddo is limiting virtual tours to prospective residents who need to move within 60 days. If they’re moving later than that, the company’s associates will take the prospect’s name and call them back when it’s closer to their move-in time.

“We’re doing that to respect the [shelter-in-place] order and to not overburden the limited staff that we have onsite,” Cox says. “We’ve seen a high number of virtual visits. We had a very high number of leases for the month of March, which was very surprising for us.”

When it comes time for new resident move-in, Oddo asks several questions prior to move-in day. If the resident indicates they have been sick, the company will put a lockbox on that door and email instructions have them do a virtual walkthrough.

While Oddo’s number of new leases was better than expected, cancellations were coming in from people who signed their lease but hadn’t moved in yet. “We have seen an increase in the number of cancellations,” Cox says. “That’s been due to a job loss or the uncertainty due to COVID-19.”

As of mid-April, Oddo’s rent payments have held. Fewer than 5 percent of the company’s residents reached out because they would have difficulty paying their rent.

“We’re being very flexible and accommodating toward any resident who has been affected by COVID-19,” Cox says. “Whether it’s job or illness, we’re working out a payment plan with them because home is necessary.”

As shelter-in-place orders stretch into May, Cox anticipates more calls asking for relief. The company has been encouraging residents to communicate and set up payment plans if they’re in trouble.

“As a management company, one of our biggest goals, in the beginning, was just trying to communicate as clearly as possible,” Cox says. “This is something that can affect anyone and everyone.”

As it has worked with residents, Oddo has also revamped its onsite and corporate operations to minimize the number of people in its offices. Most members of the corporate office are at home, other than the few who are coming in to check mail and do payroll.

“We’ve set everybody up at home and set up weekly calls so that we continue to communicate and at least have some face-to-face time, even if it’s through the computer,” Cox says.

Oddo also has reduced the number of onsite staffers in the office each day. “We’re doing an A-B schedule so that we distribute the workload fairly and evenly,” Cox says.

Like many companies, Oddo’s maintenance crews are only doing repairs in an emergency. “We’re putting anything that isn’t emergency on hold until the shelter-in-place [order] is lifted,” Cox says. “So, with that, we don’t need our full maintenance teams there.”

With in-apartment visits limited, Oddo is giving its maintenance teams work that is either outside or not requiring face-to-face interaction with residents. “We’re just trying to be flexible and work on those different projects,” Cox says.

At each community, Oddo’s teams have made a list of projects that they’ve wanted to complete but have been on the backburner. “We’ve made that list and then prioritized it and started assigning those to different people,” Cox says. “We’re rebuilding websites. So our marketing team can work on that and social media efforts”

Onsite teams are also performing ongoing audits. “We’re making sure that we go through those files and assign those to different people,” Cox says. “It’s a great time to catch up.”

Oddo’s associates are enjoying having enough time, with no interruptions, to complete these tasks. “The clubhouses are all closed,” Cox says. “They don’t have anybody just popping in and looking for a home right now.”