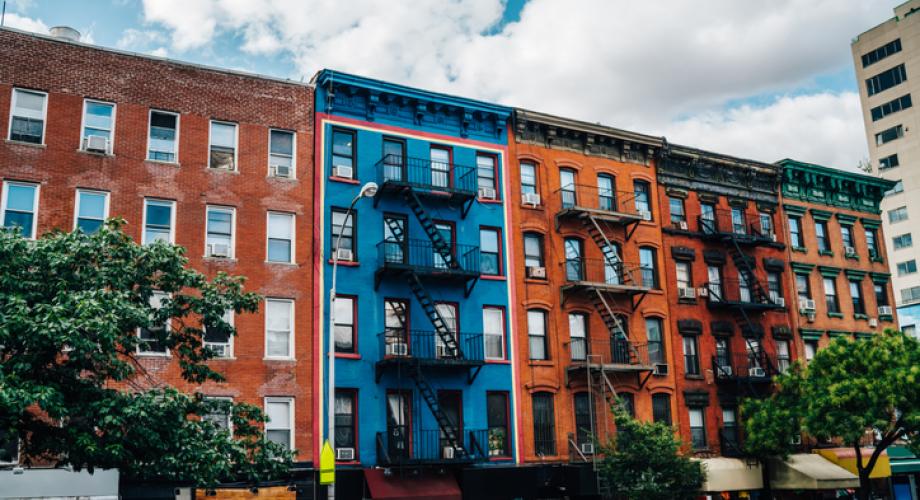 MIH applies to any residential development of 10 units or more seeking a zoning change to increase density. MIH also triggers when the city rezones an area to allow for increased density.  Developers must adopt one of the following options:

Koper’s research discredits MIH as a broad tool to increase the supply of affordable housing in an economically feasible way. While New York City has set ambitious housing goals, the incentive structure for MIH did not adequately reflect the losses incurred when developing below-market rate units. New developments may receive property tax exemption for affordable set-asides and smaller projects can take advantage of an in-lieu payment alternative, but these incentives have failed to overcome the high cost of development.

In 2015, the New York City Housing Development Corporation (NYCHDC) released a study scoring the strength of housing markets in neighborhoods across the city from weak to very strong. The NYCHDC noted that the successful application of MIH would only be viable in strong and very strong housing markets, while greater public subsidy would be needed to utilize MIH in a profitable manner in weaker housing markets.

According to the report, NYC’s rezoning efforts since 2016 have been effectively limited to low-income neighborhoods with weaker housing markets as defined by the NYCHDC study. Naturally, this has resulted in fewer residential starts in these areas, thus preventing the application of MIH. Furthermore, anti-development groups have been successful in influencing city council vetoes of rezoning proposals, thereby stalling future MIH use. Alternatively, fewer developers are seeking zoning changes in neighborhoods with weaker housing markets, opting for starts in neighborhoods with strong and very strong housing markets where zoning for higher density buildings is already allowed and the need for public subsidy is low.

Koper’s report also highlights MIH’s inherent design flaws. First, new developments between 11 and 25 units face prohibitively high in-lieu payments if they do not wish to participate in MIH. Koper provides the example of a 15,000 square foot property that would require a cash payment of more than $4 million in order to circumvent the requirements of MIH. To date, no development has utilized the in-lieu payment option. Second, New York City’s advocacy for changes to the state’s property tax exemption laws fell short, leaving conversions of nonresidential properties and condominium conversions ineligible for exemption. Without this necessary incentive, housing production remains modest and less likely to trigger MIH.

Koper’s analysis of MIH underscores the deep concerns felt by developers operating in jurisdictions with self-defeating inclusionary housing policy. MIH was created to help meet New York City’s affordable housing goals, but its triggering effects have been limited to neighborhoods underscored by weak housing markets. In addition, the program’s incentive structure has done little to generate interest in developing in these communities, instead directing new housing starts to areas where MIH would not be imposed on developers.

As Koper explains, mandatory inclusionary housing is a misnomer. Without the certainty of economic feasibility, developers will simply choose to develop in another market, denying a jurisdiction of its much-needed housing. It is essential that housing policy reflect equity between developers and communities.