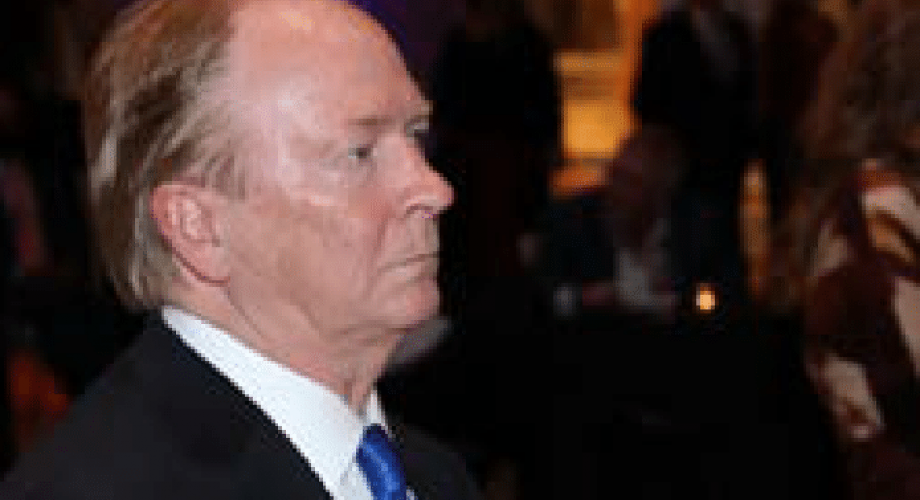 The National Apartment Association is thrilled to announce its 2020 award winners, including the Advocacy Advocate of the Year, Lifetime Achievement Award and inducting its 20th member into the NAA Hall of Fame. The awards were presented during NAA’s virtual Assembly of Delegates. A video of the winners and their remarks is available at https://youtu.be/HFEBhZsm57g.

NAA has inducted Brad Williams, CAPS, CPM, a Regional Vice President with Lincoln Property Company, into its Hall of Fame, the highest honor that can be bestowed upon a rental housing professional.

“Brad earned his spot in the NAA Hall of Fame by representing the best of the rental housing industry,” said NAA President & CEO Bob Pinnegar, CAE. “He has championed the industry throughout his extensive, 40-year career with Lincoln Property Company and has diligently served NAA, including his tenure as the 2014 Chairman of the Board. His commitment to the industry is apparent, as he has earned multiple designations and served on an apartment association board or executive committee for the last 28 years. Brad has earned the respect of his peers and the industry as a whole, and we are honored to induct him into the NAA Hall of Fame.”

Williams began his career with Lincoln while attending college. He is a graduate of the University of Texas and attended Southern Methodist University for post graduate studies, where he earned a Certificate in Real Estate. Additionally, Williams holds both the CPM designation from the Institute of Real Estate Management (IREM) and the CAPS designation from NAA.

Throughout Williams’ distinguished career, he has served as president of both the Apartment Association of Greater Dallas from 1998-1999 and the Texas Apartment Association from 2005-2006. On a national level, he was the 2014 Chairman of the Board of NAA. He has volunteered tirelessly for over 30 years and has served on an Apartment Association Board or Executive Committee for the past 28 years. Additionally, Williams was instrumental in forming the NAA political action committee (NAAPAC) in 1995 and served as either its Chairman or Vice-Chair until 2006. His leadership is lasting, as he remains involved at the state and local level and mentors future industry leaders.

Assurant’s Joseph Marcino has been awarded one of NAA’s highest honors, the NAA Lifetime Achievement Award.

The NAA Lifetime Achievement Awards recognizes recipients for their long-term history of exemplary national service and accomplishments to the NAA and the apartment housing industry. Marcino earned the recognition after serving the industry for more than 40 years, including his role as a founding member of the National Suppliers Council (NSC). He remains an active member of the NSC, and his knowledge and leadership are respected throughout the industry as he has served in numerous roles at the national and affiliate level.

“Joseph has been a long-trusted voice and critical link in the industry’s connection with suppliers,” said NAA President & CEO Bob Pinnegar, CAE. “The NSC has grown and thrived as a result of his hard work and dedication. NAA is thrilled that Joseph remains a resource for the industry and we are fortunate that he remains a guiding light and source of knowledge for the next generation. We congratulate him on this much deserved achievement.”

In 1979, Marcino was a founding member of the NSC and has helped fuel the group’s exponential growth from its initial five members. He is a four-time NSC chair and served as chairman of the Apartment Association of Greater Dallas (AAGD) and the Texas Apartment Association (TAA) Supplier Councils in 1984 and 1985, respectively.

The NAA Lifetime Achievement Award is the newest addition to Marcino’s four decades of decorated service to the industry; Marcino is also a four-time NSC Member of the Year, including the 1988 Victor Award, and the 1988 Dallas President’s Award winner.

In recognition of her immense contributions to the apartment industry and its advocacy efforts, Bonnie Smetzer, CPM, HCCP, partner and executive vice president of JMG Realty Inc., has been named NAA’s 2020 Advocacy365 Advocate  of the Year.

“No one better exemplifies a commitment to the spirit of volunteer industry advocacy than Bonnie Smetzer,” said Bob Pinnegar, NAA president and CEO. “Bonnie has tirelessly advocated for the interests of the apartment industry across government at the federal, state and local levels. NAA is honored and privileged to name Bonnie as our 2020 Advocacy365 Advocate of the Year – an award truly earned and deserved.”

Each fall, NAA recognizes the U.S. apartment industry’s top grassroots advocate. This award, the Advocacy365 Advocate of the Year, is one of NAA’s most prestigious and recognizes outstanding voluntary contributions to industry advocacy at the local, state and national levels.

Amid the ongoing COVID-19 crisis and the 2020 presidential election, this year produced some of the most comprehensive and effective grassroots efforts in NAA history. As a former president of the Florida Apartment Association and the Space Coast Apartment Association, Smetzer has played a meaningful role in the apartment industry’s efforts to influence policy decisions for many years.

In 2020, Smetzer volunteered her time to serve as the industry’s voice on the State of Florida’s Eviction Mitigation Task Force. In this important role, she participated in weekly meetings with state officials, renter advocacy groups, and community partners to help identify solutions to address housing challenges posed by COVID-19. Smetzer also played a critical role by serving on FAA’s 2020 Government Affairs Council, which was responsible for guiding the association's overall advocacy strategy at the state and local level throughout the ongoing pandemic. In addition, she serves on the NAA board of directors as a Regional Vice President, having been elected by her peers in NAA’s Region IX (Florida, Alabama, Mississippi, and Louisiana), a position she has held for six years.

“Bonnie has always gone above and beyond to support the apartment industry, but she took her dedication to advocacy to another level this year,” said Josh Gold, Executive Vice President of the Florida Apartment Association. “From day one, she was in the trenches working with the association to respond to the challenges posed by the pandemic. Bonnie’s dedication to the apartment industry is unmatched and our advocacy efforts would simply not have been successful without her involvement.”