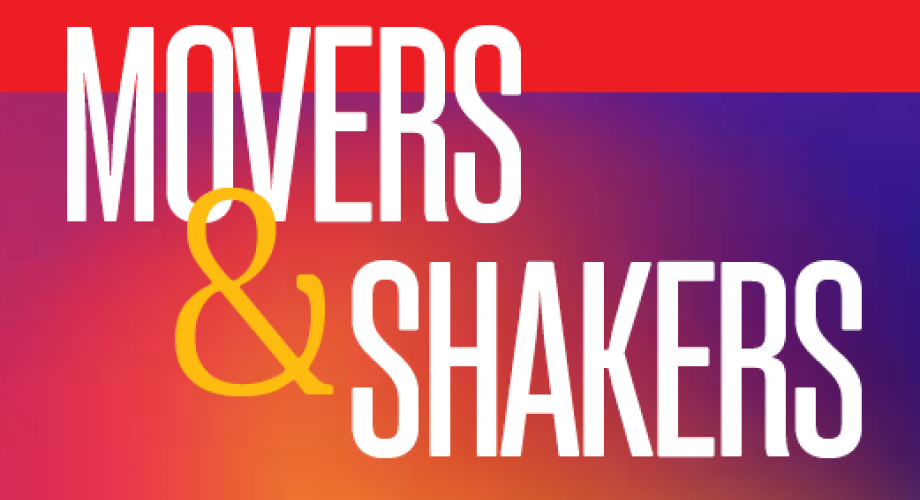 TruAmerica Multifamily has promoted Dr. Eryn Mack Legette to Chief People Officer. Dr. Mack joined TruAmerica in August 2018 as Director of Human Resources. Since her arrival, she has been a driving force in furthering TruAmerica’s longstanding philosophy of inclusion, diversity and belonging in the workplace. Through her human resource programs and policies, which include enabling employees to participate in the hiring process and creating workshops to encourage open dialogue and collaboration, TruAmerica employees have been given exceptional opportunities to grow within the organization.

Peak Realty Chicago has hired Julia Prindiville Eich as Director of Marketing. In her new role, she will influence all facets of client and consumer marketing as well as communications for new business, leasing, residential sales and investment sales. Eich joins Peak Realty Chicago from Golub & Company, where she most recently served as Senior Marketing Associate, developing and executing comprehensive marketing plans for both multifamily residential projects and commercial assets.

FirstService Residential announced the promotion of Adam Butler to Managing Director of the Metropolitan Division, which is dedicated to providing property management services to income-restricted and Mitchell-Lama Program properties across the city. Butler oversees a dedicated team of property managers who are responsible for more than 3,200 residential units across eight multifamily apartment communities. Butler joined FirstService Residential in 2017 as General Manager of Bayridge Air Rights, a New York State Mitchell-Lama cooperative with over 800 apartments. He quickly established himself as a subject matter expert in the rules and regulations governing income-restricted and Mitchell-Lama properties and was appointed Account Executive for several other Mitchell-Lama buildings in the Metropolitan Division.

S.L. Nusbaum Realty Co. announced that Lindsay Pease has been promoted to Regional Vice President. With over 25 years of multifamily experience, Pease joined S.L. Nusbaum Realty Co. seven years ago. Recently appointed as President of the Virginia Apartment Management Association, Pease has added tremendous value to the team. In her new role, she will be taking on numerous multifamily corporate leadership responsibilities, helping to continue to grow the business while maintaining the service levels that our clients and residents have come to expect and deserve.

BBX Logistics Properties, a division of BBX Capital Real Estate, has appointed Pablo Martinez as its Vice President of Acquisitions. Martinez is a highly experienced real estate acquisitions professional and will be responsible for sourcing new development opportunities and deal underwriting. Additionally, he will handle all aspects of project leasing, including interfacing with capital partners and lenders with respect to proposed transaction terms, financial modeling of prospective lease transactions, interfacing with brokers, prospective residents and other market participants. Martinez brings almost 10 years of finance and acquisitions expertise to BBX Logistics Properties. Most recently, Martinez served as a Financial Consultant with PricewaterhouseCoopers. Prior to that, he served as Investment Associate for ESJ Capital Partners.

Steve Bonaventure, Founder and CEO, is excited to announce his newest PropTech venture: Pineapple. This marks his third PropTech startup, following the creation of Apartment Guardian and CheckpointID. Pineapple is a self-guided tour platform.

Nee most recently served as First Vice President and District Manager. Nee began his career as an Associate in Marcus & Millichap’s Fort Lauderdale, Fla., office in 2007. He joined the management team in 2011 and was promoted to Regional Manager in New Jersey in 2013. In 2014, Nee was named Regional Manager in Fort Lauderdale. He was promoted to First Vice President and District Manager of Marcus & Millichap’s Florida offices in 2019.

Hosey began his career with Marcus & Millichap as an Associate in the firm’s Manhattan office in 2010. He was promoted to Sales Manager in 2013, and in 2014 he became Regional Manager of the New Jersey office before relocating to lead the firm’s Washington, D.C., office.

The Breeden Company promoted Richard George to Brand and Development Manager. In his new position, George will now not only be responsible for maintaining brand integrity across all corporate and divisional marketing initiatives and communications, but he will also oversee a wide array of business functions including communication channels, product development and market research. He graduated from Old Dominion University with a B.A. in TV Broadcasting and Cinematography. As a college student, George began his own social media and branding agency, working as a consultant with numerous organizations throughout the country.

Kokua Realty appointed Jesse C. Miller as Managing Director overseeing all operations of Kokua Realty, LLC (brokerage/property management) and Kokua Real Estate Services, LLC (maintenance, landscaping and janitorial services). Miller’s focus as Managing Director will be to align and improve operational processes to deliver client solutions that align with Kokua Realty’s vision and purpose to maximize real estate values while embracing Kokua’s culture. Most recently, he was instrumental in the expansion of its property portfolio in the Pacific Northwest. His unparalleled contribution to the real estate industry includes active leadership with the National Apartment Association. He was awarded NAAEI’s 2020 National ACE Industry Practitioner of the Year, IREM’s 2019 National Accredited Residential Manager of the Year and NAA’s 2018 National Credential Holder of the Year, as well as being the Vice President of Multifamily NW.

Chestnut Hill Realty has announced the promotion of two of its associates to leadership positions within the organization. Jennifer Murphy has been promoted to Vice President of Marketing. Murphy has spent 25 years in numerous residential property management roles at CHR including most recently as Director of Marketing. In her new role, she supports and executes CHR’s short- and long-term strategies with a focus on revenue generation from marketing and leasing initiatives. As a member of the executive team, she is responsible for developing strategic plans based on company goals that will promote rent growth, maximize occupancy goals and increase resident retention. She is the Immediate Past President of the Massachusetts Apartment Association.

In his new role as Director of Marketing, Tom Higgins is responsible for the development, implementation and operation of all marketing and leasing programs. He also trains and oversees 40 leasing staff members and collaborates with all property management teams to ensure that occupancy goals are met. Since 2014, he has served in several key marketing and sales positions at CHR. He is active in the industry, earning his advanced facilitator credentials through NAAEI, teaching modules of the CAM course and serving on several committees and task forces at the Massachusetts Apartment Association. He was nominated as an Emerging Leader for NAA after having been recognized as MAA's Rising Star of the Year in 2020.