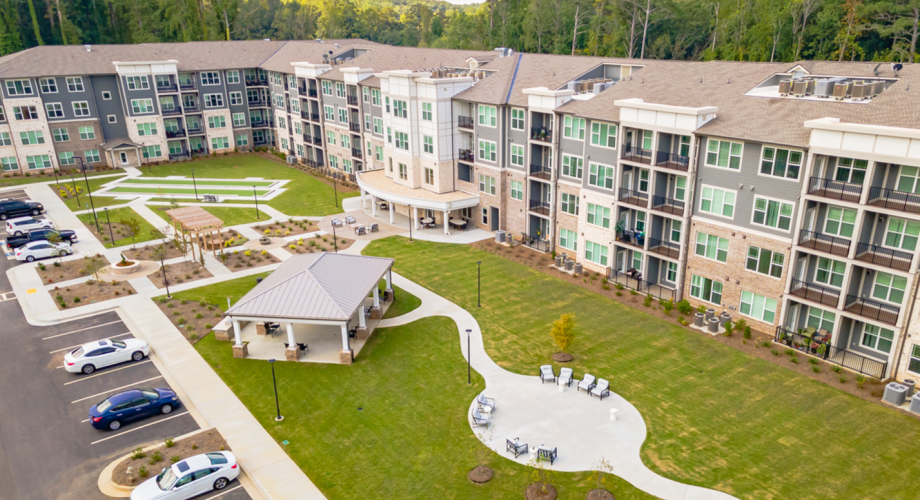 The need for more affordable housing is a constant refrain in the rental housing industry. The remedies include build-to-rent communities, inclusionary zoning, up-zoning, mixed income housing, ADUs and tinkering with tax credits. Obstacles include “NIMBYism” (residents who advocate against having these projects— “not in my backyard”), land-use policies, politics and the ongoing labor shortage. But there are some firms who have figured out how to make it work.

How the Money Works

Rehabbing, re-financing or building new affordable communities all rely on the Low-Income Housing Tax Credit (LIHTC) program, which was created by the Tax Reform Act of 1986. LIHTC is technically administered through the U.S. Treasury Department but gets a big assist from the Department of Housing and Urban Development (HUD) and the state housing finance agencies. Properties funded through the LIHTC program must qualify as affordable for 30 years. Affordability eligibility is calculated using household income as compared to an area’s median income.

LIHTC comes in two varieties: 4%, and 9% credits. The 9% credits are dispensed through local housing authorities via a highly competitive award process regulated by the housing authorities’ Qualified Allocation Plans. The plans vary by community and may include qualifications like access to public schools, access to public transportation and green building standards. Four percent credits are allocated to projects that receive at least 50% of their fundings through tax exempt bonds.

HUD funds affordable housing through its Community Development Block Grants, the HOME Investment Partnerships Program and other initiatives. HUD’s role further extends into the affordable arena by setting rental rates and dispensing the vouchers that pay for Section 8 housing.

Investors in affordable housing reap the tax credits over a 10-year period. Affordable communities are subject to strict compliance procedures imposed by HUD that last 15 years. Compliance extends into determining eligibility and living standards in the buildings. If compliance becomes an issue, tax credits vanish and HUD takes over.

Naturally Occurring Affordable Housing (NOAH) communities are defined as affordable residential rental properties that aren’t subsidized by any federal program. The buildings are typically Class B and C built between 1940 and 1990. NOAH buildings are the most common affordable housing in the United States and are prime targets for moving into the world of market rate by developers seeking value-add possibilities.

Millennia Companies, based in Cleveland, develops, manages and preserves existing subsidized housing communities that need renovation. “We buy properties on the market usually with deferred maintenance for a hold scope,” says Chris Auvil, an architect and Director of Design for Millennia. “Our objective is to preserve and stabilize the property. We don’t require a lot of investment after we do the rehabilitation.”

One of Millenia’s recent acquisitions includes a troubled portfolio of affordable communities that stretched from Tennessee to Florida. The Global Ministries Foundation was operating the 38 properties comprising about 5,000 units but lost control after evidence of fraud was uncovered in 2016. HUD investigated, took the portfolio over and then sold it to Millennia.

Once Millennia takes over a project, it utilizes HUD’s useful life table and site visits to determine what a building needs to meet standards. “It’s part art, part skill to understand the level of reconstruction that we have to do,” says Auvil. “A lot of these places have bad reputations. We go in and try to re-envision it and breathe new life into it.”

Renovating an existing affordable housing community while it’s occupied includes “in-place renovation,” where residents vacate for the day and then return when the crews leave. Residents are usually relocated to a hospitality suite. The method works for small, short-term fix-up projects that only last for a couple of weeks.

“Hoteling” involves fixing up temporary units, moving the residents in, renovating their original units, and moving them back, which requires two moves. “Now we vacate an entire building by using down units and attrition,” says Auvil. “We have to keep vacancy low. You don’t want occupancy to drop below 80 percent.” The renovations can be major in scope with a fluid timetable. Auvil is currently overseeing projects that have been in the renovation pipeline for over four years.

Developers of affordable properties work together with equity partners on new projects usually by forming an LLC. The equity partners reap the tax credits while the developers make a fee on the construction and often maintain an ownership stake, especially during the 15-year compliance stage. Starting an affordable housing community from scratch is like any other development deal but comes with extra challenges.

“On an affordable housing transaction, you have a box that’s prescribed by a state housing finance agency or HUD or some other regulator,” says Milton Pratt, EVP, The Michaels Organization, based in Camden, N.J. “To get into that box, I have to make the units look nice, be competitive, build a quality building, do all the compliance and use the exact same sub-contractors that are building luxury housing. Construction costs are the biggest wild card. We’re all having a labor shortage.”

Overseeing compliance is a challenge right from the beginning. “If you incorrectly certify the first grouping of [residents who] move into the building, you can cause your whole financial structure to collapse” says Pratt. “It’s going to be catastrophic. If you don’t know how the LIHTC compliance business runs, you better hire somebody who does. We have people on our staff and that is all they do. They spent their careers working in the LIHTC compliance business. They know all the rules. We hire third-party auditors to check the work that they perform for quality assurance.”

Like other development projects, placing an affordable house project in an existing community can be held up by NIMBYism. “We like to go to places with strong leadership and a commitment to affordable housing,” says Pratt. “A lot of elected officials are now starting to realize that having affordable housing for their workforce is critical for their growth and success. When I talk to mayors about affordable, my first question is, ‘Where are the new jobs at?’ Because that’s where we need to build housing.”

Geography also plays a role as related to land availability. “Unfortunately, most of the affordable housing is needed where land scarcity is the greatest,” says Jonathan Needell, President, CIO of Kairos Investment Management Company based in Rancho Santa Margarita, Calif. “The demand supply gap is increasing every year. It’s going to cost you $200,000 a unit in Houston if I get the land for free from the housing authority – which is usually a pretty common formula. But it’s going to cost you $500,000 in Seattle – it’s a lot easier to make the numbers work in cheaper locations.”

In addition to the development of market-rate properties, Needell’s company has found a niche buying into affordable housing communities after the 15-year compliance period has expired. “We buy stuff after it’s been developed, usually 15 years old,” he says. “Those tax credits have liability associated with them. If a developer did not operate properly, they could see the tax credits go away and anyone who bought the tax credits could come after them for the money.”

Once the threat of compliance violations has expired, investing in affordable housing offers a unique set of advantages. “It’s an attractive investment class,” says Needell. “It has higher occupancy and collections compared to market rate, generally because rents are at a discount. The certainty of the net operating income is greater in affordable because occupancy and credit loss are lower.”

In September 2021, the Biden Administration released a lengthy, multi-bullet-pointed fact sheet of its efforts to promote adding more affordable housing in the nation. Among the bullets was a commitment to raise Fannie Mae and Freddie Mac’s (GSEs) LIHTC’s cap from $1 billion to $1.7 billion – a substantial increase that could jump start a lot of new projects.

The Federal Housing Finance Agency allowed the GSE’s to re-enter the LIHTC market in 2017. Fannie and Freddie got locked out of the market in 2008 after they were placed in conservatorship following the housing market collapse. In 2017, their LIHTC investments were capped at $500 million.

Nick Andersen, SVP, Project Partner with Minnesota-based Dominium, works on acquiring and developing affordable housing communities. Talking about the administration’s moves, he says, “We are most encouraged by the interests in expanding LIHTC funding both at the nine percent and four percent level. Those changes, which are in front of Congress right now, hold the most potential to increase the supply of affordable housing. Increasing supply is the only way to fix the housing problem facing so many.”

The firms struggling to make affordable pencil out recognize the goal goes beyond a typical real estate deal. “The need is great,” says Andersen. “Too few homes exist for citizens. We believe homes provide dignity, and that ultimately drives us. We’ve spent the time to build a model that works for us, so it is our primary business. We take a long-term approach and can weather any short-term challenges. It is not for the faint of heart, to be sure.”

Needell says, “It takes more expertise to run and figure out how to make money at an affordable property. There are some nuances to it. You’re picking up nickels and dimes. It’s more complicated, harder to learn, which means there’s less competition which gives it more certainty of return. It’s become a very popular sector because it’s supporting housing at an affordable level. It’s a socially acceptable investment.”

Auvil says, “It’s mission driven, I enjoy doing it. When we have our ribbon cuttings, the goodwill and the happiness from the residents is something that really pushes us forward. It’s not all doom and gloom. It is a business, and I don’t think there’s anything out there where you just skip through the tulips every day. In the end, if there is mission and purpose, it makes it worthwhile and affects people’s lives.”

Scott Sowers is a freelance writer for units Magazine.