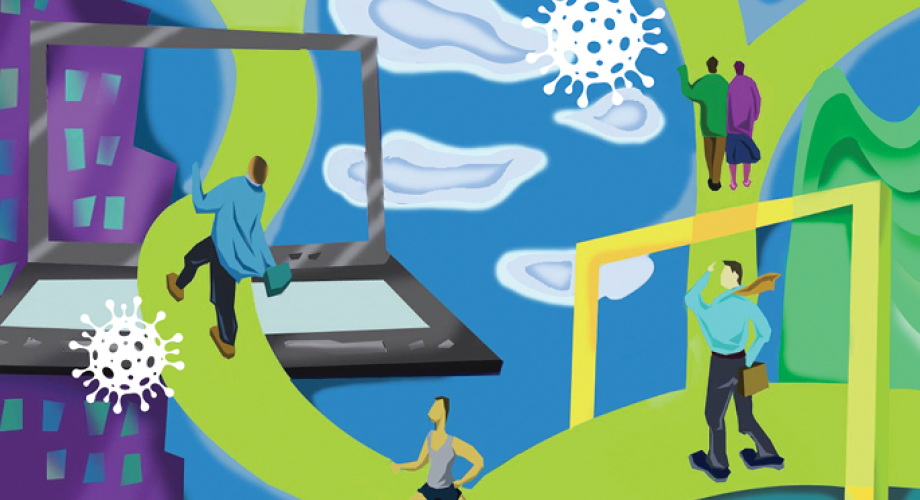 Many multifamily housing companies already had emerging technology in place before the pandemic hit.

Video conferencing, virtual tours and customer relationship management (CRM) systems were already in place a year ago at many multifamily communities, but the pandemic poured rocket fuel into their adoption engine. A year later, industry experts weigh in on what’s next, returning to the old days and systems that transformed the industry.

The logistics of safely moving large numbers of students in and out of campus housing gave rise to new systems borne from necessity. “The most influential and useful tech-based tool to emerge from the pandemic has been our mobile app,” says Erin Perez, SVP, Property Management at Austin, Texas-based Core Spaces. “Our ‘Fast Pass’ not only allowed for clear and real-time updates to organize the resident move-in requirements, it allowed us to effortlessly facilitate safe and physically distanced processes. We maximized the level of efficiency by removing long lines.”

Lindsay Brown, SVP Leasing, for Campus Advantage, also based in Austin, used an Office 365 tool to build forms and book move-in times into 15- to 30-minute time slots. The program worked so well she doesn’t envision a return to the way things used to be done. “We will not be going back to the long lines with crowded offices,” says Brown. “The no-contact move-in worked so much better than we ever anticipated. After listening to feedback from our students and parents about how quick and easy it was, we said we’re doing this from now on.”

Brown also touts her CRM tool as a game-changer for tracking communications with students and parents. “Our CRM tool is a central hub for our teams to organize communication and guide our prospects through their customer journey. Our team uses traditional platforms to cast a wide net for capturing leads. It is all about laser focusing on those leads to turn them into leases by creating a high-quality engaging sales experience,” she says. “There’s a dashboard to track the lead pipeline to the minute. Prior to COVID, we weren’t putting too much into the analytics part of it. Since COVID, we’re in there every single day assessing our marketing spends and sources since digital is the way they are contacting us first.”

Bell Partners, based in Greensboro, N.C., owns and manages properties spread from south Florida to Washington state. Like a lot of other firms, they found themselves quickly pivoting to virtual tours, chatbots on their websites and virtual leasing to augment human interaction. The next step led to using artificial intelligence (AI).

Rebecca Shaffrey, SVP of Corporate Services at Bell Partners, says, “Our success in this area has helped us conquer the demand for real-time information, after-business hours inquiries and unlimited lead volume across multiple time zones while improving the consistency and accuracy of responses to our prospects. In addition, our AI leasing agents are never afraid to try to close the deal.”

Morgan Properties, based in King of Prussia, Penn., a major player in the value-add business, has also put bots to work on their sites to guide prospective residents through the leasing process. Kim Boland, Morgan’s Director of Digital Marketing, says she has leaned heavily on a 3-D platform to highlight their properties.

“Potential tenants can look at floorplans, what units are available and they can book appointments. It makes the whole process a lot faster.” Boland and her team created over 500 3-D packages for their properties and produced about 300 online brochures in a matter of weeks after the pandemic shut things down last spring.

The coronavirus brought technology to all types of properties, says Ted Lawson, COO, Elandis Multifamily Real Estate, based in Florida. “Historically, most of the conveniences of newer technology have only been available to affluent residents in upscale communities,” he says. “They would trickle down to Class B and C assets only years later. Now, owners and operators of all classes of multifamily have been forced by the pandemic to roll certain conveniences out to everyone.”

The next generation of tech is also starting to filter into the inboxes of today’s multifamily leaders, showing what’s to come. “Right now, I’m getting contacted left and right for people that are doing augmented reality,” says Brown. “These are systems where you hold up your phone as you’re walking through the property and it will show you the pool or a party will pop up. It’s the next level in sales.”

The notion of returning to the way things were done before the pandemic is already fading into the rearview mirror. “It’s been a long time; it’s not like the pandemic lasted a month,” says Boland. “A year is a really long time to change people’s habits.” At the same time, the desire to connect with human beings during the leasing process is still desired.

Erin Knight, President of Florida-based Monument Capital, recalls sending property managers out with their smartphones and tablets in the early days as they tried to put together homemade virtual tours. She believes the human factor will always play a vital role in the business.

“I think there will always be a blend—there is a wonderful benefit for a prospective resident to be able to browse online and see more than just a photo of a unit on their time and schedule,” she says. “However, getting to know the community manager where you’re going to live and understanding what the culture feels like is not something that can or should be replaced. The four walls in a video or photos can’t tell the entire story.”

Brown sees the same need for human interaction, especially in campus housing. “Our industry is such a people-focused industry, especially with residents who are students who have moved out for the first time in their life,” she says. “We’ve really seen a downside in the lack of social interaction for our residents getting to know each other and our team.”

Perez agrees that some of the big changes will remain in place and believes the ones that are truly missed will come back. “Aside from our desire to return to open-door offices, it’s highly unlikely we would go back to the traditional ways of doing things,” she says. “Technology has allowed the resident experience to be streamlined, such as virtual tours during the leasing process. While we will continue to offer this service as a convenience, we are finding that a majority of people still want the social interaction.”