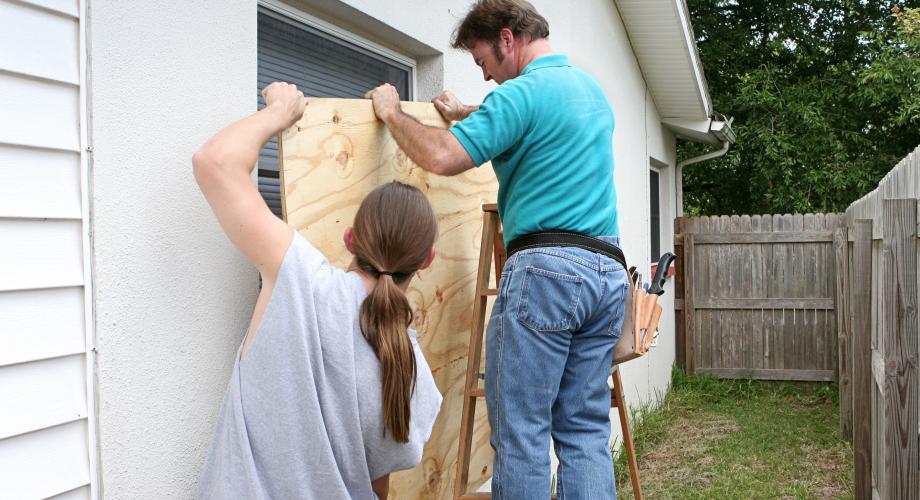 Peak hurricane season is here. After a historic disaster at this time last year, Houston’s apartment industry has some perspective on preparation that could pay big dividends if a disastrous storm descends onto your area.

On August 27, 2017, Hurricane Harvey rained 27 trillion gallons of water on Texas, with much of that total falling on Houston. Some parts of the city received more than 50 inches of rainfall during the course of just a few days. The destruction was unimaginable; 203,000 homes were damaged and 88 people lost their lives.

Kane’s and her fellow owners and operators’ experiences during the storm offer valuable examples to follow when natural disasters threaten homes and livelihoods.

Resource allocation in and after the storm was critical, says Kane. “In some places, the aftermath could be handled by a wet-vac and a dehumidifier. In others, we had entire first floors under water.”

The rainfall also affected communities in Houston managed by Fogelman Properties. Justin Marshall, Fogelman’s COO, recounts how his own company’s practices that began years ago had a huge impact when the emergency finally came. As he recounts, adhering to simple advice can make a massive difference.

“The biggest thing is communication with and through our managers,” he said. “We have a preparedness memo that we get out to all affected areas detailing our policies and procedures. Everything from making sure the emergency contact list is updated and proper phone numbers are disseminated for our internal emergency contact, to inventorying office computers and office equipment, to securing things on the ground.”

Small things like constant updates can truly save the day. Diligence to best practices and creative problem-solving made a huge difference in protecting residents and their homes.

At Kane’s properties, leases were re-leased, and in cases where remediation was an option, it was undertaken as fast as possible. Refunded deposits became lifelines for relocation as the waters receded and damage was investigated in the area.

“Not only was it the right thing to do, it was a pressure release on both the business and the residents,” said Kane. “We were able to allocate our resources more smartly and able to get immediate help to people who needed it.”

That triage makes a massive difference in the smarter deployment of both money and people.

Even in the absence of a central office, such mundane but efficient practices as file-sharing made a difference so that all the company’s employees could have the proper resources at their fingertips. “It really helped us stay on the same page, so to speak,” said Kane.

Marshall’s team made similar preparations at their properties; steps which yielded large dividends. “From a communications standpoint, one of the things we did several years ago was to establish national and regional dedicated relationships with emergency response groups,” said Marshall. “We made introductions and everybody knew who to call and contact at emergency companies.

“We also try to concentrate as much as we can on having cell phone numbers of residents, so they can opt-in to text message alerts. We have a system through which we can send alerts and let them know about emergency situations.”

Those existing relationships, leveraged by wise tech and communications policies, ensured that a clear and concise recovery plan was ready and was quickly communicated to residents.

All the technology in the world, however, is no substitute for a dedicated and professional staff and strong supplier support. Dan Gladden, President of the East Region for AMLI Management Company, says it is very important to have reliable contractors lined up ahead of time that make your communities as a priority in their response for work needed.

“Prior to last year’s storm we met with our landscape vendor at each site and walked through plan of action for each community, which allowed the vendor to begin work immediately and lead to a quicker clean-up for our residents,” he says.

There is little substitute for having site-level staff nearby to help through. “Having a maintenance individual on-site or nearby who can address technical issues such as elevators and generators quickly is a big plus,” Gladden says. “Planning ahead for who is able to respond or be stationed at each community will save significant time and avoid unnecessary confusion.”

Kane details an emotional story of one of her property managers who went above and beyond the call of duty for her residents.

“One of my best managers, her home flooded,” she says. “She had extended family living with her, and she was still able to find a way to help us and our residents. She was at the property while her home was completely flooded.

“We made sure to let her know that we supported her. But even any time that we asked about her situation, we would break out into tears. It was a truly emotional situation.

“People don’t realize that property managers are 24/7, and that your job comes before your life so often. She is a shining example of what the true duty of being a property manager really costs, and what it means to be a good one. She made a huge commitment to us. She’s truly extraordinary, and she doesn’t have any idea how extraordinary that she is. She’s amazing.”

The spirit of service that so many members of the industry showed in the face of Hurricane Harvey is truly admirable. It provides us an example to live up to and to learn from. Prepare as much as you can, be flexible, be humane and, above all, communicate clearly and frequently.

“Keeping up communication with our people is key, and it shows our residents that we are here and we care,” says Kane. “Even if there is nothing that we can do, being there and listening shows that you care.”

The best time to make these plans is before you need them. It could come back to save a company or to haunt it. Kane and Marshall’s smart preparations made a huge difference for them in facing the historic wrath of this storm. They will be just as crucial in responding to the next one.