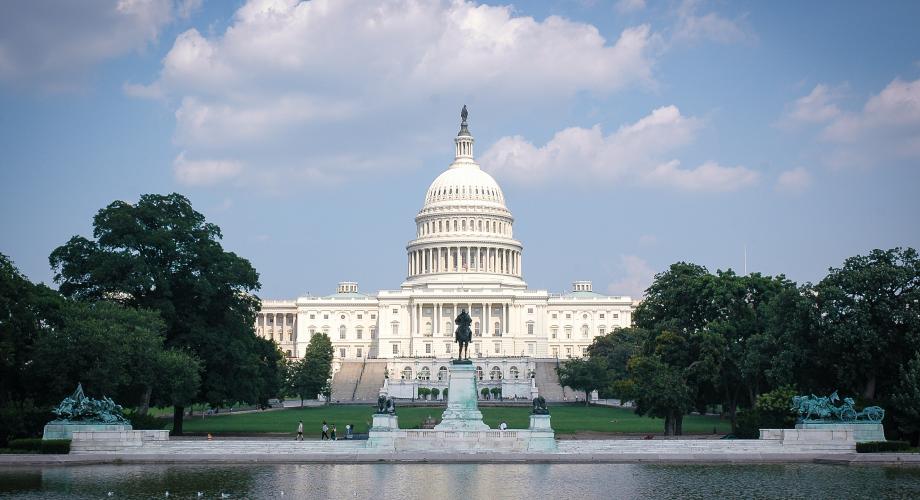 While COVID-19 may have prevented most in-person meetings with federal policymakers and their staffs over the past two years, rental housing industry advocacy never ceased. Throughout the pandemic, the voices of apartment professionals proved instrumental in securing emergency rental assistance and ending the federal eviction moratorium.

Armed with a host of industry policy priorities related to the country’s housing affordability crisis, there was no better time for a return to the nation’s capital for the first in-person advocacy conference in two years than this March at the National Apartment Association’s (NAA) Advocate.

More than 530 NAA members flocked to Capitol Hill—both in person and virtually—amid a truly unique political landscape: A struggle to move beyond the pandemic, record inflation, impending midterm elections and high housing costs—among other factors. These advocates, from all corners of the country, used their time at Advocate to ensure the voices of the industry were both heard and valued.

NAA’s government affairs staff kicked off the event by leading an issues briefing to help attendees better understand the industry’s legislative priorities and how to best engage with their Members of Congress.

The first issue up for discussion revolved around removing the barriers that hinder apartment development across the country. Housing affordability is a complex issue driven by factors including income levels, land and natural resource availability, population growth and housing supply-demand imbalance. To address these issues, lawmakers at all levels of government must prioritize solutions that increase the supply and availability of rental housing at all price points. “Nearly everyone in Congress understands that affordability is a critical issue,” said Greg Brown, NAA’s Senior Vice President of Government Affairs.

These affordability challenges “impact all renters at all price points, but is especially difficult for low-income renters,” said Sam Gilboard, NAA’s Senior Manager of Government Affairs. The key to this, says Gilboard, is addressing the root cause of the issue: A critical lack of housing supply.

The country’s output of new housing is nowhere where it needs to be, all the while the demand for apartment living remains unprecedented. “There’s never been a more important time to advocate for practical solutions to affordability,” says Gilboard.

A critical part of this solution – enabling greater rental housing development – can be found in the Yes In My Backyard (YIMBY) Act (S. 1614 and H.R. 3198). This legislation encourages the elimination of local discriminatory land-use policies and the removal of barriers, requires Community Development Block Grant (CDBG) recipients to report on how they are removing barriers to development and increases transparency and encourages more thoughtful and inclusive development practices.

The second issue focused on reforming the U.S. Department of Housing and Urban Development’s (HUD) Section 8 Housing Choice Voucher (HCV) Program, which remains the single best affordability tool and has greater potential for success, but only if the red tape associated with the program can be reduced.

Bipartisan and bicameral legislation has been introduced via The Choice in Affordable Housing Act (S. 1820 and H.R. 6880). The legislation “ultimately improves housing outcomes for low- and moderate-income Americans and their families,” says NAA’s Maria Spencer, Director of Federal Legislative Affairs.

The third issue is the CARES Act Notice to Vacate, specifically to support the creation of legislation that clarifies ambiguities in the Act’s temporary notice to vacate requirement for evictions (See chart illustrating the eviction process for nonpayment of rent on pages 46 and 47 of this issue).

COVID-19 highlighted housing providers’ efforts to utilize all available resources and be as flexible as their circumstances allowed to help their residents avoid eviction and remain stably housed. At a time when housing providers are still recovering from the pandemic, the CARES Act notice to vacate requirement further delays the eviction process, which is a costly and difficult experience for all parties involved and remains a measure of last resort.

“We’re in an environment where standalone bills are challenging to pass,” said Brown. “There’s a larger story to be told here. Tell these offices how this provision impacts your daily business operations.”

Following the issues briefing, Advocate attendees were treated to commentary from Anna Palmer and Jake Sherman, who were co-authors of the top-rated POLITICO Playbook newsletter before co-founding Punchbowl News, an organization that covers all aspects of politics from Congress to the White House.

The duo provided the audience with a thorough overview of the current political landscape – covering the White House, Congress and midterm elections. “We’re in one of the most consequential periods of government in America,” said Sherman.

“Inflation is at a 40-year high, gas prices are through the roof,” he said. “There’s a sense among Democrats that they’re going to lose their majorities.”

The pair offered their take on what the political landscape might look like for the remainder of 2022. Certainly, Sherman noted, President Biden will try to revitalize his legislative agenda that floundered at the close of 2021, although he expressed hesitancy that the President could garner enough support with Republicans – and even members of his own party – to see that through.

Palmer spoke extensively about the up-and-coming members of Congress, who she predicted will contribute to a “generational change in leadership” in coming years. Sherman pointed to both Rep. Hakeem Jeffries (D-N.Y.-8) – the presumed next Democratic Speaker of the House – and Rep. Patrick McHenry (R-N.C.-10) – the heir apparent for the House Financial Services Committee’s chairmanship.

In the midterms, Palmer noted that the U.S. Senate was particularly noteworthy to watch. She referenced changing demographics in many of the swing states – namely Arizona.

At the session’s conclusion, attendees had the opportunity to ask Palmer and Sherman questions about the current state of politics, as well as projections for the future. One attendee asked if given all the issues facing Congress and the White House, whether the rental housing industry would have “air left” to push its priorities through. Sherman swiftly replied “Yes, because you’re voters.” This affirms the critical role that constituents play in advocacy and policymaking (flip to page 48 of this issue for more grassroots advocacy advice).

The apartment industry provides homes for one-third of Americans, supports 17.5 million jobs and generates more than $3.4 trillion in annual economic activity. The policy challenges facing the industry, especially in the age of COVID-19, are equal in scale and scope – touching every sector of the industry from new development to property management — and encompassing firms of all shapes and sizes.

By all accounts, NAA’s Lobby Day was a bigger success than anyone could have hoped. More than 220 meetings with Members of Congress were held leading up to and during Advocate, with more than 100 occurring in-person and over 50 happening in the policymakers’ home districts.

The industry’s advocacy efforts throughout Congress yielded immediate and positive results, with Congressional offices reporting to NAA that they will be cosponsoring both the Choice in Affordable Housing Act and the Yes In My Backyard Act.

On the final day of Advocate, U.S. Department of Housing and Urban Development (HUD) Deputy Secretary Adrianne Todman addressed NAA’s Board of Director’s meeting, with her remarks focused on fostering an open dialogue between HUD and the rental housing industry and examining ways to improve the agency’s Section 8 Housing Choice Voucher Program (HCV).

Todman, HUD’s 12th Deputy Secretary, spent considerable time speaking about HUD’s mission and shared her industry experience – namely her time serving as the CEO of the National Association of Housing and Redevelopment Officials (NAHRO) and the Executive Director of the District of Columbia Housing Authority (DCHA). The Deputy Secretary emphasized that she can understand how public policy changes influence property management and operations because of her extensive industry experience. “I hope you’ll see my presence here today as an invitation to keep the dialogue going,” said Todman as she opened the conversation.

In her remarks, Todman opened the floor to the audience, encouraging them to ask “tough questions.” Many of the questions focused on ways to reform the HCV Program and improve relations with the thousands of public housing authorities that administer HUD’s programs. These points parallel the recent introduction of bipartisan and bicameral legislation to improve the HCV program and incentivize more housing provider participation in HCV, which NAA proudly supports. Todman made it clear that “HUD has a vested interest in making sure its vouchers are used” and that the Section 8 program “is not successful without [housing providers].”

Todman’s conversation with industry advocates at the conference reflects NAA’s growing commitment to robust federal regulatory advocacy, a part of the association’s work to ensure the rental housing industry’s voice is heard and valued at all levels and all branches of government. Todman received a standing ovation, hopefully marking the beginning of an ongoing relationship between the Deputy Secretary and the nation’s housing providers. —Zach Quimby

Frank Mauck is AVP of Content Strategy at NAA.