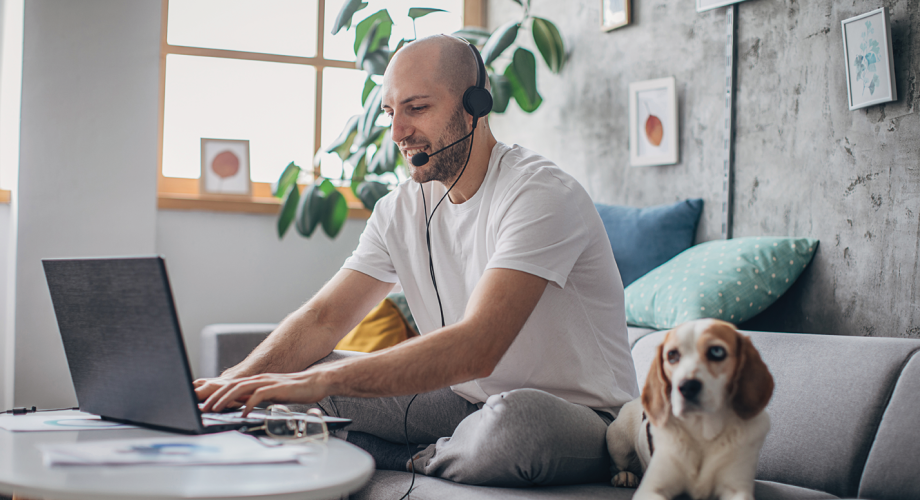 Retaining current residents helps curb turn and marketing costs, builds a sense of community and limits the volume of new residents that teams will have to attract each year.

Apartment operators work tirelessly to attract new residents. They regularly mull innovative ways to appeal to the modern-day renter. But many of those residents who can lead to a robust occupancy rate are already in the building.

When crafting marketing plans and pushing to drive the performance of their portfolio, operators should not overlook current residents. They’ve already done the hard part and sparked their interest—now it’s just a matter of keeping them at the property. Maintaining current residents helps curb turn and marketing costs, builds a sense of community and limits the volume of new residents teams will have to attract each year.

Granted, a healthy mix of renewals and new arrivals is generally ideal. But operators who neglect residents after move-in generally will experience more than their share of one-and-done terms. From Zoom rooms, exemplary service levels, cutting-edge pet policies and a state-of-the-art maintenance approach, operators recently shared some of their tips for keeping valuable residents in
the building.

1. Appealing to the remote worker

As the remote-work boom continues to increase, resident demand for comfortable work-from-home spaces has followed suit. Birchstone Residential, based in Coppell, Texas, aims to keep pace and will soon implement its first Zoom room at Halston on Frankford in Dallas.

“It was a remodeled, somewhat awkward space that didn’t really make sense for anything else,” says Carie Grout, Regional Manager for Birchstone. “We are planning to add calming backgrounds that allow clarity and frosted glass to help with any type of notes or visuals needed, as well as equipment to ensure the work-from-home environment resembles that of an office feel. We imagine that we’ll probably start to see the addition of Zoom rooms at other communities.”

Grout also notes that while package lockers have been around for several years, they have become even more crucial with residents at home more than ever. Originally devised as a solution for residents to retrieve their shipments during off hours, residents now more frequently crave the ability to quickly pick up deliveries as soon as they arrive.

The same spike in demand applies to onsite gyms and fitness centers.

“Fitness centers have always been a crucial part of our communities, but the usage of them has increased tremendously with the new work-from-home cultures as residents do not commute to their jobs as they did before,” Grout says. “You’re seeing many operators really dedicate capital for their fitness centers and make them an attractive, sizable space for residents to utilize more often.”

Birchstone has also observed an uptick in resident demand for convenience-based in-home tech packages rather than those rooted in entertainment.

“Nowadays, the usage of mobile devices is a very big part of everyone’s life, as it gives us the ability to control almost everything from our fingertips,” Grout says. “A resident can be working from home and has the ability to adjust the thermostat or control lighting without disrupting their current activity. They can let someone in the gate or into their home from their phone, as well.”

Apartment operators set high expectations when they showcase a fantastic resident experience. But as noted by Mill Creek Executive Vice President of Property Management Stephen Prochnow, you don’t want to be the multifamily version of one who’s a great date but isn’t as adept in a committed relationship. In short, that means not forgetting about residents after they move in.

“It’s up to us to make sure we follow through and provide an experience that’s commensurate with the expectation,” Prochnow says. “For us, the key has been focusing on the operational team at the community level. We’ve discovered that a high-performing, customer-centric community team is the key to resident retention. We focus on associate recruitment, training and retention to ensure our teams are equipped to provide exceptional customer service and empowered to encourage resident retention.”

In a competitive employment environment, avoiding turnover and retaining those high-level associates that drive renewals is key. Mill Creek offers a unique set of benefits, including paid parental leave, a sabbatical program, tuition support and much more, but discovered the company needed to further highlight these perks.

“We offer great benefits, but we were finding that even our internal associates oftentimes didn’t realize everything that was available to them,” Prochnow says. “Similarly, we weren’t prominently marketing some of the fantastic benefits to job candidates, so we’ve focused on our recruitment process and messaging.”

Mill Creek constantly analyzes data to ensure the company is hitting its service benchmarks. The company utilizes a scoring methodology to gauge target metrics for customer service at every community. These include scores pertaining to various consumer touch points within the leasing and service-request processes that outline the speed and quality of the response.

“One thing we’ve tried to do is create more workspaces that are divisible into smaller increments, whereas in the past we would have one large table with eight or 10 seats,” Prochnow says. “Now, many of our workspaces are smaller so they can accommodate one to two people, and it’s yet another place where residents can get different elements of natural light, be part of a buzzier scene with other residents and get to know each other.”

Pet policies previously had been regarded as something of a secondary tool to attract residents—at least in the eyes of many operators. But as pet ownership continues to ascend and residents view their pets as part of

the family even more, properties must have something to offer the pet-owning demographic.

An unabashed pet lover himself, Jamin Harkness was eager to disrupt the traditional model. The Executive Vice President of Atlanta-based The Management Group (TMG) was ready to move on from virtually everything contained in the industry’s standard, antiquated pet policies.

He shed breed and weight restrictions in favor of screening pets on an individual basis. He outsourced assistance animal accommodation requests—which became more streamlined after eliminating the restrictions because fewer residents would attempt to sneak in their pets under the guise of an assistance animal. He adopted tech resources to help manage and properly track the growing pet population at TMG communities.

In another bold move, Harkness eliminated pet rent. He had resident renewals in mind when doing so, but he was beyond flabbergasted—in a good way—by the results. TMG communities experienced a vigorous 80% renewal rate among pet owners after making the changes. Looking industry-wide, residents in pet-friendly housing stay 21% longer than those in non-pet-friendly housing, according to a 2021 report from the Pet-Inclusive Housing Initiative.

“We estimate that approximately 53 more residents are renewing at a 250-home property than if we had the industry standard 50% renewal rate,” Harkness says. “I’ll gladly sacrifice pet rent for the cost savings on not having to turn 50-plus homes per year. Plus, it helps build a sense of community when people and their pets remain in the building.”

TMG also hosts several pet functions per year, which include welcoming pet photographers and pet trainers to the property. The company adds fresh mulch to its pet parks several times a year and often stocks them with play toys and pet features. While TMG is a prime example of a truly pet-centric experience, Harkness says that communities without the capital to go all out can still make a genuine impact with a few subtle upgrades.

“We’ve discovered that the most crucial features are a pet park with shade and benches,” Harkness says. “If you can repurpose unused space and offer these simple amenities, it can still equate to an enjoyable, pet-centric experience.”

Harkness notes that onsite pet parks are regularly used more often than the swimming pool at TMG communities, which is as much of an endorsement as any that operators would be wise to continually enhance these spaces.

Operators agreed that a community’s maintenance team often qualifies as a key component in driving renewals. Birchstone, for instance, aims for a 24-hour service completion time. If the community cannot hit that deadline, teams will make certain to communicate the reason to residents, along with timely updates.

“If it takes a week to get your service request done then when renewal comes up, nine times out of 10 you’re not going to renew,” says Grout, noting that Birchstone includes maintenance techs in the renewal bonus pool. “But if you’re at a property where a request is done with no questions whenever you submit it—or you were communicated with if there ever was a delay—nine times out of 10 you’re going to stay.”

Prochnow alluded to the idea that maintenance teams can be the face of the community because residents might see them most often. Mill Creek is among the operators that make certain to equip and train technicians with innovative tech tools to digitally manage service requests.

“Residents want a convenient experience when something goes wrong,” he says. “Timely communication and swift completion of a request is their expectation. Many times, the work-order process is the deterministic factor during the lease.”

Residents have many reasons as to why they decide to move on from an apartment community. Utilizing the concepts and ideas above, operators can counter with several reasons why they should stay.