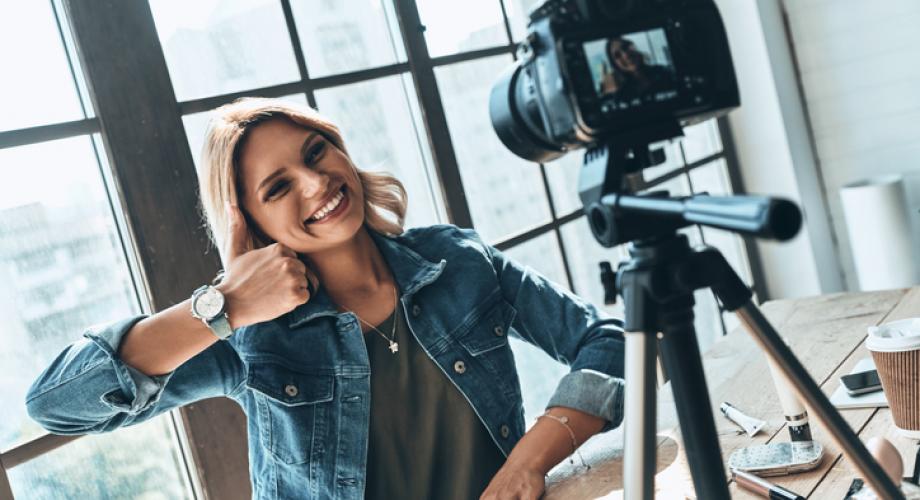 More companies are seeing the wisdom of using social media influencers. Here are the do’s and don’ts of executing that strategy.

Influencers have been around since human kind began and a serpent encouraged Eve to take a bite of forbidden fruit in the Garden of Eden. Both man, woman and beast learned the downside of persuasiveness. The serpent ended up being cursed, and human kind got its first taste of the concept of evil.

Now, thanks to social media, the reach of an influencer goes far beyond one garden—in fact, around the globe and in seconds through Instagram posts and tweets. It also can have a positive effect.

More community managers see the wisdom of adding this tool to their marketing strategy to attract and retain renters or promote events. “Influencers help our company be accessible to prospects, residents, and employees through real-time communication,” says Tammy Yeargan, Director of

Marketing for Fogelman, a property investment, and management firm headquartered in Memphis, Tenn.

Companies also use influencers to help build a convincing lifestyle brand, says Barrie L. Nichols, Vice President, Leasing and Marketing, at Michaels Student Living, part of The Michaels Organization out of Marlton, N.J. “For example, influencers can share how certain housing for college students might help make their life easier with nice places to study, unwind and even prepare healthy meals,” Nichols says.

But who’s best suited to influence, what might they share, and how are they rewarded varies greatly, according to each market’s competitiveness, the demographic(s) targeted and a company’s marketing budget.

Some community managers find it works best to hire third-party companies that have had greater experience. For that reason, many seek experts, such as TFLiving, based in Pawleys Island, S.C., which was started three years ago to curate amenity experiences and services for building owners and property managers. It now has clients in 27 states and at 230 locations, and it shares many of its marketing campaign results on social media.

For example, TFLiving hired social media star, fitness guru and author Alex Silver-Fagan, who has 100,000 followers, to showcase a gym that had been renovated in a building in New York’s hip Chelsea neighborhood. “She tagged herself at the property, created a story, and posted it on Instagram for her followers to see, which helped the building attract traffic,” CEO Devin Wirt says.

Some managers prefer the non-celeb route and go directly to influencers who rent in their building. The resident might tout a gym where they regularly work out or a swimming pool or fire pit where they unwind. Research shows that this type of more personalized, authentic approach may work better. “Students want to hear from other students. They want local relevant content and using their own influencers at the property is a great way to generate user-generated content (UGC),” says Nichols.

Numbers back her up. “UGC posts shared to social channels see a 28-percent higher engagement rate than standard brand posts, according to ComScore,” Nichols says. “We see this at Michaels Student Living on a daily basis Also, videos created by (and featuring) users get 10 times more views on YouTube than content created by brands, according to Emarsys.”

Sometimes, Michaels hires an outside company to find the on-site influencers.

Not all influencers are Millennials. Yeargan’s company has found that Baby Boomers can be good candidates, depending on a building’s makeup and if they’re savvy social media posters. Fogelman used Boomer influencers at its Edison apartment building in Fort Myers, Fla.

While the specifics may differ, consider certain common denominators to pursue this strategy:

Not all buildings are worthwhile candidates for social media influencers. Mike Zucker, who owns and manages Peak Properties in Chicago, which has 7,500 units throughout the city’s many neighborhoods, says his typical buildings are low-rise courtyard- or walk-up-style buildings rather than downtown high rises with lots of brick-and-mortar and experiential amenities. They rent well to working-class folks without social media hype because of their location and affordability. “We haven’t needed resident influencers or well-known personalities,” Zucker says.

Generally, that means those with a following of at least 10,000 fans, says Yeargan, adding, “The more the better.” Fewer can still help, but not as much and they are referred to as “microinfluencers.”

Reach out by phone, text or email after they’ve lived on-site for several months, so they know what they like best. Meet in person, maybe over lunch or coffee. Share what you’re interested in having pitched, even presenting a script. Ask what they feel comfortable promoting. Be sure they’re aligned with your brand and what it represents, Nichols says.

Share how often you want them to text, perhaps, once a week.

Most influencers expect something in exchange for their efforts, such as a gift card or free training session at the building’s gym. “We’ve seen a lot of young people graduate from high school and college and look for ways to make money, and this is one way,” Yeargan says. Yet, some influences are simply interested in posting to gain more followers themselves or because they believe in your brand or like their building, according to Nichols. Still she says it may be wise to offer something in exchange, such as a free pizza party.

Ramp up a competitive spirit.

You might engage more residents by turning the request into a competition and giving the winner a reward, Wirt says.

Decide what you feel works best and if you want to make changes. If negative comments are posted, quickly remove them, which is something you can do easily on your Instagram and FB pages but can’t do as readily on review sites, such as Yelp.

Different media tools can track Instagram posts, according to Agency Analytics. “If all is working well, you should see increased social media traffic and get more followers for your property’s pages,” says Wirt. However, having postings translate into sales and rentals takes time.

When a building isn’t yet completed, there are other ways to use influencers. When Yeargan’s company’s Riverttop Apartment Homes building in West Nashville had a six-month delayed opening, it used neighborhood influencers to help increase awareness. The company decided one of the building’s top advantages was its view from its hilltop perch, which led to the idea of finding photographers who would tweet and post about the location as a great wedding venue, Yeargan says. Now that residents are moving in, the company may switch to using in-house residential influencers, she says.

Fogelman has also found that it’s been successful in bartering services. “We’ve done trades with radio stations and other media—asking them to tout a building and giving a rental discount or hosting an event onsite in exchange,” she says.

The good news is that the role of influencers is only likely to increase. “We’re in the digital age and everyone seems to like the idea of on-demand experiences, which can help drive traffic to one community rather than another,” Wirt says.