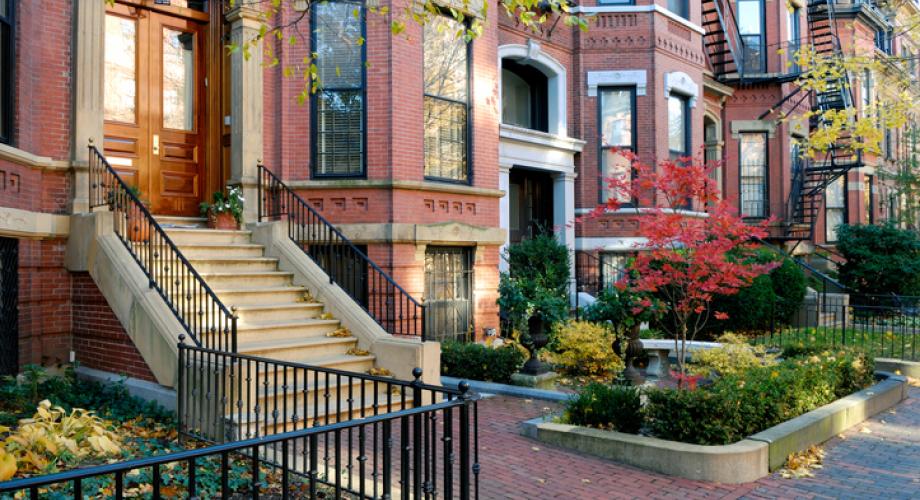 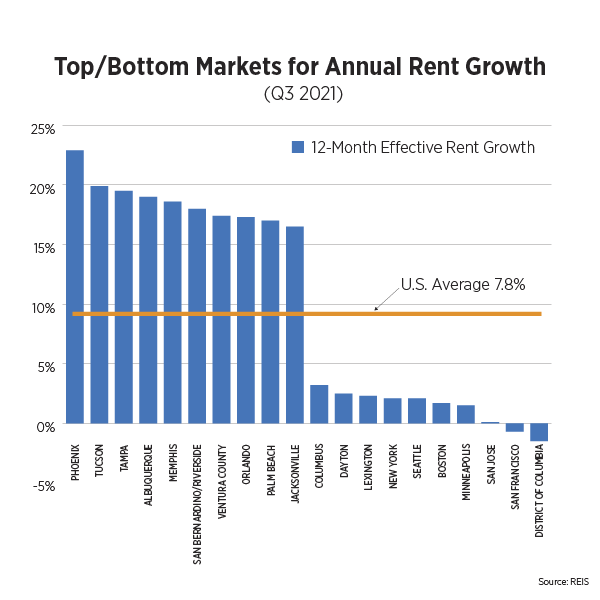 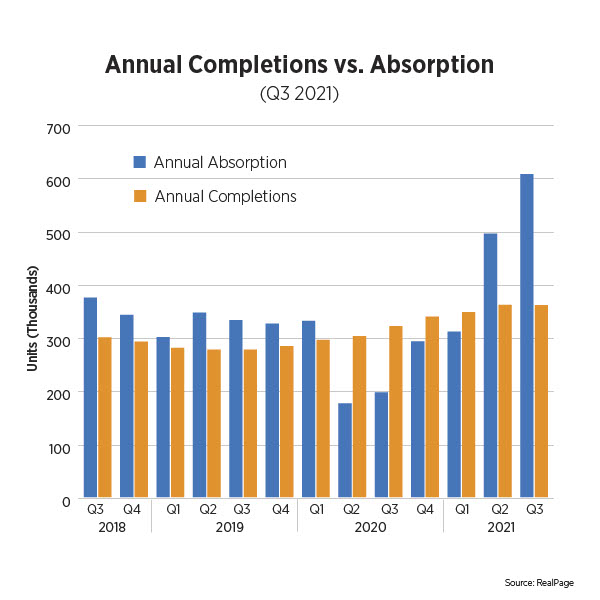 Demand for multifamily assets remained strong among investors. As reported by Real Capital Analytics, closed apartment sales transactions during Q3 2021 shot up 94.1%, achieving a historic third quarter high of $51.9 billion. A total of 231,467 units changed hands, increasing by 44.9% annually. As a result of record-breaking demand and solid rent growth, the average price per unit considerably increased by 44.2% to $231,467. The average cap rate stood at 4.6%, down by 60 basis points. 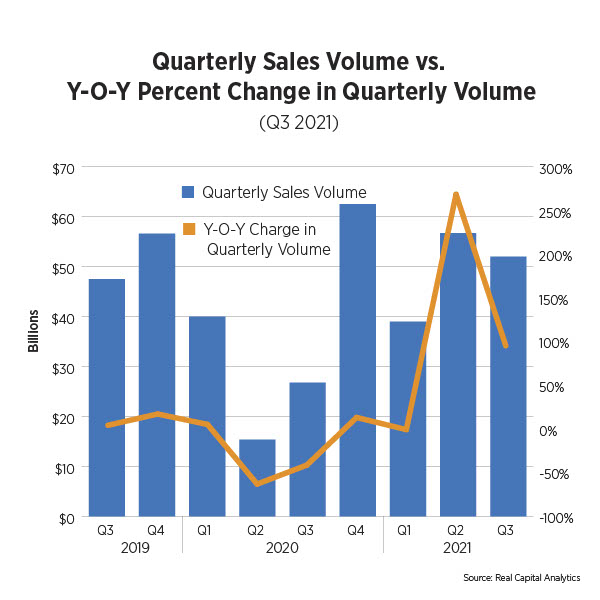 It has become clear through numerous economic indicators that the Delta variant of COVID-19 had a bigger impact than was originally anticipated. Add weather events, persistent supply chain disruptions and inflationary pressures, and we were left with a slow-growing quarter.

Gross Domestic Product (GDP) shrunk to 2% annual growth during Q3. While disappointing, some analysts were forecasting growth below 1% while others speculated that it could even be negative. Consumer spending, which comprises 69% of GDP, grew 1.6% (compared to 12% last quarter) as consumers curbed back activities due to the Delta variant and put off buying high-ticket items, which have increased in price.  A decline in federal government spending and Hurricane Ida, which caused a contraction in industrial production, also contributed to anemic GDP growth. With COVID cases trending in the right direction, economic growth should pick back up in Q4.

Both the August and September jobs reports were also disappointing, adding an average of 280,000 jobs per month. Although the unemployment rate reached a new pandemic low of 4.8%, it was not reflective of an increase in the labor force participate rate, but rather more people not even looking for work. According to the Census Household Pulse Survey, some 4.2 million unemployed people reported that the reason they were not working at the end of third quarter was due to either being sick with COVID-19 or caring for someone who was sick with it; that is 2.5 million more people than the end of the second quarter. Plus, more than 800,000 additional people retired during this time frame.  It is not surprising then, that during the third quarter, the U.S. saw record numbers of job openings while the quits rate also reached an all-time high, both of which put added stress on the labor market and pushed up wages. 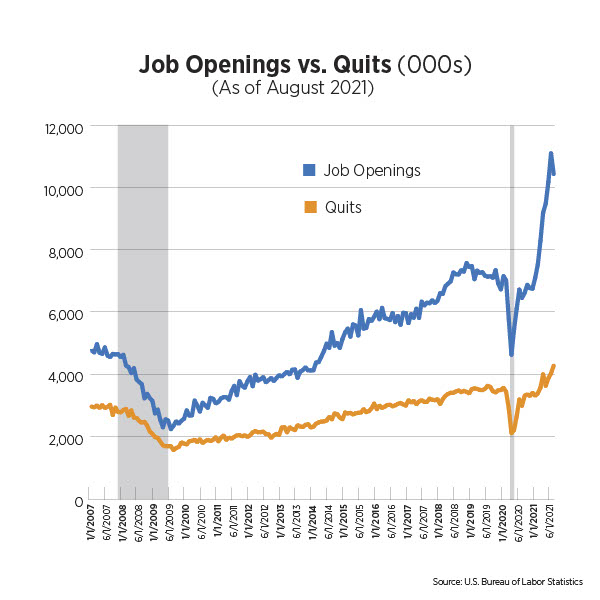 Inflationary pressures continued through the end of the third quarter. Energy prices drove most of the increases in headline CPI in September, up nearly 25% year-over-year. Used cars and trucks and new vehicles were responsible for the largest year-over-year increases in core CPI (excluding food and energy), up 24.4% and 8.7%, respectively, a result of supply-chain disruptions. Inflation expectations remained elevated, according to the University of Michigan’s most recent Consumer Sentiment Survey. Expectations are often described as a self-fulfilling prophecy, indicating to producers a level of price increase consumers will accept if they move forward with purchases. Expectations can also put further pressure on wages as those same consumers demand more pay to cover price increases. 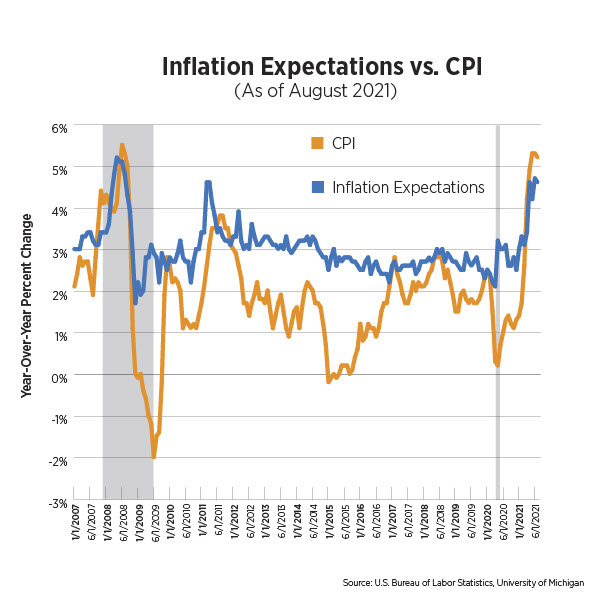 With the Delta variant continuing to wind down and vaccines soon to be available to children, the pandemic impacts on the economy will begin to wane.  Supply chain disruptions will ease with time, and while there seems to be no consensus about how long that will take due to the many moving parts involved, we can expect it to continue well into 2022. The 4.2 million workers who were not looking for work due to COVID will be heading back into the labor force in the coming months, giving a boost to employment numbers. Wage growth will help strengthen consumer spending which will result in much stronger Q4 GDP growth.

With only 23% of Emergency Rental Assistance Funds distributed, an innumerable number of owners and operators have not been made whole, and residents continue to grapple with debt. Demand for professionally-managed apartments is showing no signs of letting up but monthly rent growth appears to be decelerating. Even so, rent growth is strong as our new household formations, keeping apartments a favored asset class for investors.  The Urban Land Institute is forecasting returns in 2021 and 2022 of 7-8% each year, second only to industrial properties. Barring further obstacles to the economy, the apartment market will perform favorably in 2022.