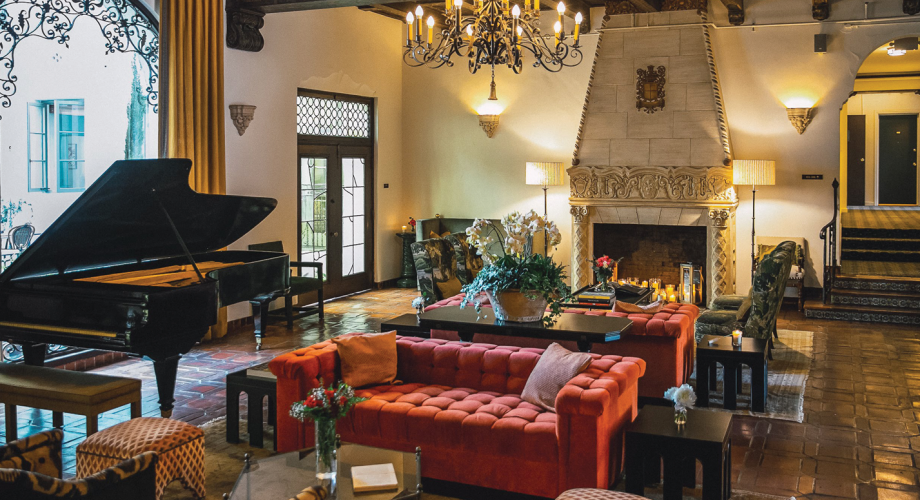 Should multifamily owners and operators try to market to this transient segment of the population?

The notion of living somewhere exotic and inexpensive while making a living off a laptop and exploring the world is enticing. In 2020, the way the world works was changed by a pandemic that forced people into working from home, a place that may not be exotic or inexpensive but doesn’t require a commute. The two related themes have changed the way many multifamily owners and operators and residents think about where they live and work.

A study by the Pew Research Center released in February 2022 revealed that roughly 60% of U.S. workers who can work from home are still working from home. That number is down from the 71% measured in October 2021 but way up from the 23% posted pre-pandemic.

In August 2021, Sonder, a hospitality company, released results from a survey indicating that 59% of their respondents were interested in being digital nomads. Last fall, Air DNA, which tracks vacation rentals, reported that demand for short-term rentals (STR) in October 2021 had reached their highest growth rate since the onset of the pandemic.

The term “digital nomad” dates to the early 1990s and is credited to author Carl Malamud. He coined the term in his travelogue, “Exploring the Internet.” Although the term is recent, the temporary homes of the nomads share some attributes with short-term rentals and furnished units, both staples of the multifamily world.

“The traditional apartment model is trending to fully furnished units to accommodate this new renter profile,” says Aaron Cohen, Chief Operating Officer, CGI+, a multifamily developer and owner-operator based in Los Angeles. “We are seeing a shift in attitude among today’s renters, especially young urban dwellers, who make up the majority of digital nomads and are looking for a finished living environment that contributes to their more active lifestyle. They want a curated experience that includes stylish furnishings, building amenities and boutique hotel-style programming.”

The National Multifamily Housing Council (NMHC) based in Washington, D.C., has been keeping an eye on the phenomenon by doing its own surveys and believes membership clubs and loyalty programs might help keep residents locked into a particular brand. “Digital nomads may be looking for something a little different than just a very short stay in an area for a few months in one location and a few months in another,” says Rick Haughey, VP, Industry Technology Initiatives, NMHC.

“The obvious advantage to apartment owners is if you can build brand loyalty, you can keep the renter after they’ve moved on to their next location, and of course there would be a premium to cover the cost of turning and cleaning the unit after they’ve moved.”

Dealing with the additional cleaning while providing amenities that nomads crave can be subbed out. Locale, based in Austin, Texas, specializes in furnished, STRs complete with a suite of hotel-like amenities including free Wi-Fi, bathroom accoutrements, coffee and tea selections and self-check ins. They’ve partnered with owner-operators to screen, book and maintain individual units, floors or entire buildings.

“Digital nomads demand more from management than traditional long-term [residents],” says Nitesh Gandhi, founder, CEO, Locale. “They view their stay as something between a hotel stay and an apartment lease, so they expect a level of hospitality and service that isn’t normally expected in multifamily.”

The original allure of the digital nomad lifestyle was living like a local in super cheap, super cool locations. The Nomadlist website ranks nomad-friendly locations by monthly rental amounts and internet speed. Some of top spots include Lisbon, Bali, Berlin, the Canary Islands and Bangkok.

“These trends occurred because employees are being given the freedom to work from anywhere,” says Cohen. “We are seeing an in-migration from large urban cities like Los Angeles and New York because they are more affordable. The population growth in these markets make complete sense since that same employee that used to live and work in California could move to Nashville and get a 30% or so raise without adjusting their pay due to the lack of income tax and lower cost of living.”

Haughey questions the permanence of the current trend. “The question is whether that is sustainable,” he says. “We are seeing signs of cooling as people are called back to the office or deciding that their choice maybe wasn’t the best fit for them after all and moving again, maybe not back to the big city, but to a different location. It’s kind of a great shifting of the population and it hasn’t fully played out.”

The lines between STRs and nomadic life are blurry at times with some budget-minded nomads even crossing over into corporate rentals, “It is important to note that like all renters, not all digital nomads are alike,” says Cohen. “There are the ones that don’t mind the basic furnished rentals that corporate companies take and others that prefer the higher end, more artistic touches that we provide but come with a higher price tag.”

Walkability is another factor separating corporate STRs from curated “aparthotels”. “Digital nomads want to live, work and play all in one neighborhood,” says Gandhi. “Proximity to suburban office parks might make a lot of sense for corporate housing, but that’s not what digital nomads are looking for. They want to be around great restaurants, parks and nightlife. Digital nomads also care a lot more about design and aesthetics than your typical corporate road warrior. They want to be inspired by where they are staying and are looking to incorporate products and design into their own homes.”

While there are advantages to attracting a hip new clientele to otherwise empty units, there are also challenges, including the effects of public forums. “Since digital nomads are very computer literate and in the public review culture, operators need to be much more aware of customer service and satisfaction challenges,” says Cohen. “Digital nomads tend to publicly state any negative feedback and have a following of other people that can contribute to the negativity. Additionally, due to flexible lease schedules and short-term stays, apartments with high levels of digital nomads tend to have a higher [resident] turnover.”

In markets where occupancy and rents are already high, the question of accommodating highly selective nomads may be rendered moot. “The disadvantages include a lot of complexity and management issues, especially in a market where there is no shortage of demand for more stable, longer-term leases,” says Haughey. “There appears to be a trend toward a hybrid office model with firms calling people back to the office at least a few days a week, so the pool of true nomads is likely shrinking.”

The romance associated with digital nomads may be eclipsed in the real world as hybrid arrangements gain popularity, but a full return to the old 9-5 seems unlikely. “I do think the relationship of the worker and the office has changed forever, with very few thinking the five days in the office is optimal for either party,” says Haughey. “More and more are realizing that the office did serve an important purpose in building company culture and with fostering creativity. The return to the office is shrinking the pool of true digital nomads, but this trend hasn’t fully played out yet.”

Expanding flexibility in lifestyles and lease terms appears to be another natural outgrowth of the pandemic. “Many employers have come to realize that a great benefit for employees is to have a flexible work schedule so that they can work from home to avoid commute issues,” says Cohen. “Without the long-term commitment, flexible leases offer individuals the ability to test out areas where they think they may want to live. Many young [residents] look up to the lifestyle of a digital nomad, being able to travel and live wherever they please. Our society is emphasizing experience and happiness more than the old-fashioned way of money and stability.”

Haughey says he believes the end of the digital nomad story has yet to be written. “I think the number of digital nomads has grown significantly since 2019 but will likely shrink moving forward. With the Great Resignation, there could be a whole new group of retirees who decide they want to get back in the market and do some part-time, remote work with the flexibility to live in different locations. And that group has the means to afford the higher rents required with a shorter-term lease. I think it’s a trend worth monitoring and that someone will figure out a business model that works for the owners and the nomads, but it’s probably too soon to say right now.”

Scott Sowers is a freelance writer for units Magazine.