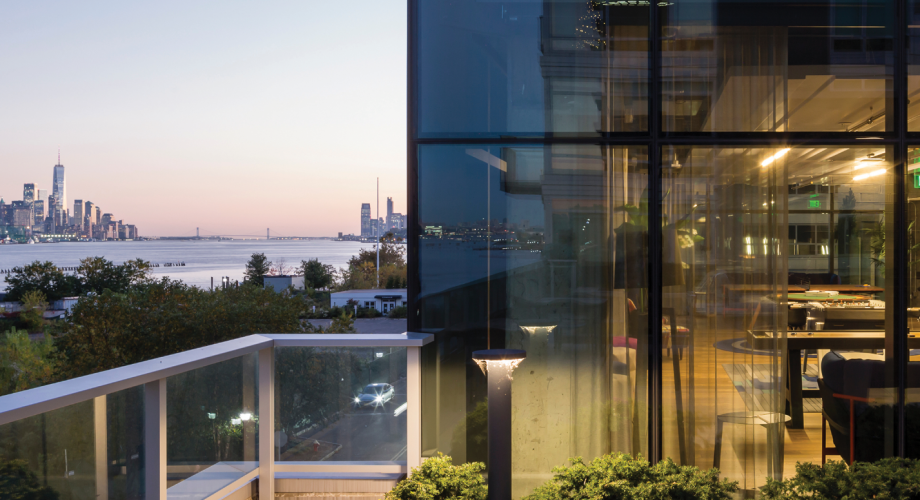 The recent and rapid evolution and adoption of technology in the rental housing industry has created a stunning metamorphosis, bringing great benefit to owners, operators and residents alike.

After lagging other industries in its embrace of technology, the rental housing industry is rapidly catching up. Results are transformative as owners, managers and residents benefit from improved efficiencies, smoother operations, a competitive edge, better environmental stewardship and enhanced net operating income (NOI).

Some initiatives have been underway for years, certainly those that transitioned paper-based processes like rent collection, utility billing management and work orders, with firms now able to support the entire resident experience, creating value for clients through resident satisfaction and retention.

It’s no secret technological advancements and adoption have accelerated during the past two years as the coronavirus pummeled operations and the lives of staff and residents. Apartment industry decision-makers turned to technology to cope with staffing shortages, out-of-work residents needing to pay rent, air quality and HVAC systems as health concerns mounted, and feelings of isolation as staff and residents distanced themselves physically but wanted to remain connected—even if only virtually.

Transformation Across the Board

Apartment industry tech solutions reflect a range of products. Some communities prefer off-the-shelf software from one of the single large providers. Some favor more agnostic technology that speaks the same language or integrates with the major systems use: The goal of Charlotte, N.C.-based RKW Residential, which manages 30,000 units in seven states. The company spent time carefully selecting a partner to initiate a test pilot that might improve its tour metric by leveraging artificial intelligence (AI) and automation to assist with continuous follow-up with prospects, says Joya Pavesi, RKW Residential Executive Vice President, Marketing and Strategy. “A lot of the conversation in multifamily centers around staffing and how to reduce overhead and centralize leasing,” she says.

Still other communities outsource the tech function to third-party PropTech companies that work with hundreds of properties, including those looking for the latest AI such as detecting empty spaces in underground parking garages or checking if maintenance orders are properly handled.

Some companies develop their own proprietary solutions, like Chicago-based Pangea Real Estate, saying it considers it the best way to remain nimble, grow and maintain control. It has built its own internal data warehouse to supply property management staff with regular performance reports, says Arun Das, Head of Marketing and Technology. The company, which manages 13,000 units in three states, found the data invaluable to understand residents’ experiences during the pandemic and pivot to ensure prospects could still tour vacancies. “We offered pre-recorded videos for virtual showings with good photography, and staff was still available to text, email and talk on the phone,” Das says.

One surprise in the learning curve has been that it’s not just Millennials who seek smarter homes—and may choose one property over another for its features, but so do Baby Boomers and seniors, says Jeff Klotz, Chief Executive Officer and Owner of Atlantic Beach, Fla.-based The Klotz Group of Companies, which operates 15,000 units in four states.

Because of costs involved, some owners and property managers add a monthly tech charge to leases. The amount may vary by costs in a market or features included. The following are seven ways technology is transforming apartment communities.

Because of the explosion in competitive products, picking the best technology is often no longer a one-stop shop, says Jon Sladek, Director of Business Systems and Innovation for Chicago-based Redwood Residential, which currently manages more than 5,000 units in nine states. The company, part of Redwood Capital Group, a vertically integrated real estate investment manager, puts a potential product through a cost-benefit analysis and ROI and does a demo before rolling it out. Not all meet the test such as one product to automate lease file audits, Sladek says. “It still would have required a lot of manual review.”

One piece of good news is that the payback for most tech investments is about two years, shorter than the typical five-year industry average for non-tech features, says Klotz.

Software is being used throughout the architecture profession to renovate, restore and replace parts of multifamily communities and speed processes once done manually, says architect Steven Lee of San Francisco-based Page & Turnbull. For example, his firm utilizes 3-D laser scanning to detect what spaces and systems are present in an existing building and determine what might need to be changed. Data from the laser scan becomes the basis for 3-D models that can be used to create renderings or generate construction drawings with software. “It’s faster, more cost effective and more accurate than sending a two-person team to measure a building by hand, which could take several days,” he says. The results can also make it easier for some clients to see and understand a space in 3-D rather than try to read a plan, Lee says. And some companies like full-service, Chicago-based real estate company, The Habitat Company, started using drones during the COVID-19 pandemic to photograph buildings and the surrounding neighborhood.

Because of the barrage of options, developers and managers are selectively leveraging technology choices. Clifton, N.J.-based Blue Onyx, which owns and manages 300 units of mostly workforce housing in New York and New Jersey, used technology to help residents who struggled to pay rent complete applications for the federal government’s RAP (resident assistance program) at the height of COVID-19, says Levi Kelman, Principal and CEO.

A property’s size and class have also been differentiators in the number and type of smart features used. Some smaller buildings that might be unable to afford a wide array use technology to level the playing field, says Brian Gretkowski, President of Sparrow Asset Management in Bloomfield, N.J., which currently manages 15 multifamily properties with 1,500 units. “They may not be able to afford a 24/7 concierge or all the amenities, but they could include links to virtual book clubs, different kinds of marketplaces and chat platforms,” he says.

Some bigger buildings are constructed to be the smartest with features that make life the ultimate in convenience through apps or voice activation devices that control lighting, sound, temperature and appliances as well as let residents pay rent, order food from a concierge or food truck and send maintenance requests, Klotz says. Many features also have the ability to customize shared spaces for individual preferences such as turning on music next to a lounge chair by a pool, he says.

The next generation of smart features integrates self-learning technology that anticipate what residents and staff want when they’re within a certain perimeter, says architect Rocky Berg of Dallas-based Three. For example, lighting systems learn to illuminate a room or turn up or down heat before residents enter their unit. Or elevators remember when residents come and go, using smart keys as they travel to their floor automatically at those times.

Technology is deployed to pare energy costs and conserve resources and sometimes handle both simultaneously. Excessive water use that might signal a leak and cost both management and residents until it’s fixed can now be detected early on, says New York City architect Victor Body-Lawson of Body Lawson Associates.

Smart features in thermostats used in its New York City metro area properties are being linked to the utility provider to allow residents   to review data and be rewarded if they curtail use, says Anna Malhari, Chief Operating Officer of Veris Residential in Jersey City, N.J., owner-operator of 6,591 units. The company is getting ready to test hydropanels in one Jersey City building, which will convert air within the panels into healthier drinking water that will be distributed to residents, she says.

As staffing has become more challenging due to the pandemic, managers have looked to technology to maintain services, healthfulness and safety. In some smaller buildings without a doorman, a virtual app allows servicepeople and guests access by punching in a code, says Body-Lawson. Residents are also notified of package deliveries on a resident portal rather than waiting for maintenance staff to alert them, and residents, in turn, send maintenance requests that way rather than call, says Malhari. Many prospects have found they like the industry’s pandemic solution of touring vacancies safely on their own, without a leasing agent in tow, which also can be according to their schedule. To keep existing staff learning, training continues but now efficiently via software programs, says Sladek of Redwood.

Isolation became a huge concern at the peak of COVID-19 when many quarantined and community spaces were closed or restricted hours or the number of occupants. This became more acute in senior communities where social connectedness is known to help people live longer, based on research in Blue Zone regions, says Berg.

At CHA Partners’ LIVIA Health & Senior Living properties, (see photo below) technology is used to keep residents safe and enhance daily life. Instead of hitting a call button to turn on a light above their bedroom door when seeking help, the request is transmitted directly to a team member’s cell phone, says Rich Molfetta, Chief Operating Officer. Other monitoring systems in their room check breathing and heart rates that help identify a change in a condition. Recreational devices and programs add joyful experiences through virtual headsets that let them tour Paris or Rome and use computer stations located in their “neighborhood,” a model the company uses to keep residents connected and engaged, Molfetta says.

For residents of all ages, Blue Onyx finds digital services foster a sense of community in other ways such as hiring trainers for virtual classes and bringing in pizza kits for free from a local restaurant and teaching residents how to assemble the pies. “We asked people to respond if interested and 90 percent expressed thanks for the social interaction,” he says.

As electric cars become more prevalent, EV charging stations are one of the latest amenities that more buildings include. CHA Partners, which is constructing a 66-unit building in Wharton, N.J., will have four EV stations out of a total of 93 spaces, with underground infrastructure to add more based on long-term demand, says Gretkowski, whose Sparrow Asset Management company manages many CHA properties. RKW also recognizes the growing demand among its South Florida buildings where almost every level of a parking garage now has at least two spots versus two in total, says Pavesi.

The bottom line is that technological advancements are expected to continue to be introduced. However, managers and owners recognize that none are a panacea. “They’re a means, not an end in themselves. You still need a sense of humanity,” Kelman says.

One manufacturer of smart windows has found three distinct advantages for its developers and property managers:

Barbara Ballinger is a freelance contributor to units Magazine.