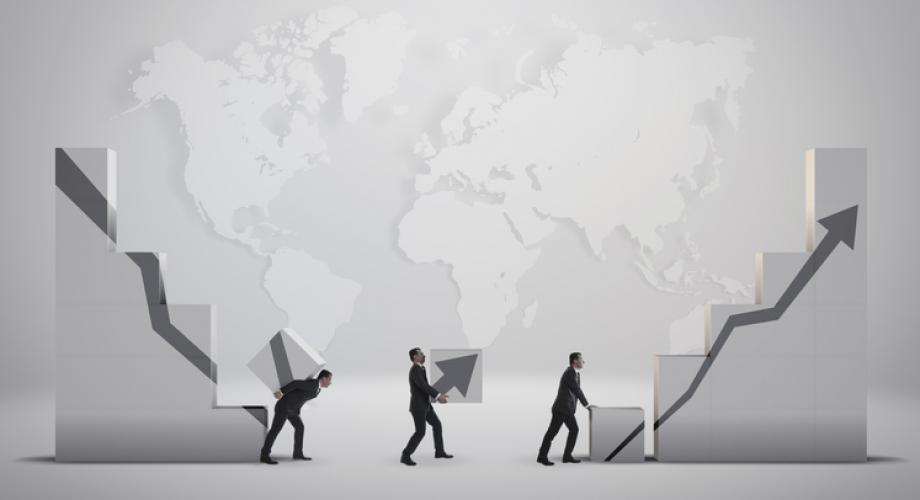 Demographics should continue to power the market, but economic and regulatory issues could be destructive.

If 2019 taught the industry anything, Diane Batayeh, CEO of Village Green, says the lesson should be: Stop trying to predict when the next recession arrives.

It’s no surprise that Batayeh won’t be predicting a recession to hit in 2020. “You look at the basic fundamentals that drive housing demand and they are looking really positive,” she says. “[As of December], unemployment is at an all-time low and the stock market is booming. I don’t see a change in 2020. It seems to me that we’re going to be on track to have a year probably equally as strong, if not better, than 2019.”

Batayeh isn’t alone in her opinion. While impeachment, an election, a trade war and who knows what else add uncertainty into 2020, apartment industry CEOs see smooth sailing in the upcoming year. “For most of the industry, it will feel like 2019,” says Camden CEO Ric Campo.

Pinnacle President and Chief Executive Officer Rick Graf also expects a similar rent situation this year compared to the last. “We’re not expecting a big drop,” he says. “There are obviously some headwinds along the way here and there that we need to be worried about, but they won’t be anything major.”

MAA CEO Eric Bolton is also optimistic. “While we currently expect the new supply pipeline and the delivery of new units to stay at a somewhat elevated level next year, I don’t think it’s going to be materially different in 2020 than what we saw in 2019,” he says. “Some markets will be a little better, some markets will be a little worse, but overall, from a portfolio perspective, we feel pretty good about 2020.”

Still, growth is bound to slow. “We are in one of the longest recoveries in history, making it more difficult each year to perform as well as the last, and generally speaking, we are certainly entering a slower growth environment,” says Jason Morgan, Principal at Morgan Properties. “That said, opportunities continue to look really attractive in the Class B space, and we believe in the fundamentals of our industry.”

Yes, 2020 looks to be more of the same for the apartment industry from a fundamentals perspective, which is a very good thing. Nevertheless, CEOs see plenty of stumbling blocks on both the local (rent control) and national (trade policy) levels. Balancing those continued strong fundamentals with potential trouble spots are a challenge for CEOs as they prepare their companies for the year ahead.

Conventional wisdom says Morgan’s perch in the Class B space is a good place to be in times of heavy construction. Without subsidy, it’s hard to build new workforce properties.

“The headwinds that I see in the multifamily sector are more as a result of the overabundance of new Class A multifamily in urban markets that are all leasing up against one another; however, we are incredibly well-insulated in our space, given the significant rental discount that our communities offer when compared to Class A communities,” Morgan says. “We are seeing a great amount of job growth for our core renter demographic and continue to benefit from the low interest rate environment.”

For those owners who operate Class A apartments, supply is a concern. “As long as job growth holds up, I think we’re in good shape on absorption,” Graf says. “The challenge is that there is a lot of stuff in the pipeline in most markets. If the job story changes, there could be issues.”

But rising construction costs are muting some of those fears. “I think the cost of construction and development is to a point that is unlikely the thinner investment returns will support the delivery of new units beyond what we’re seeing right now,” Bolton says.

While demand is strong, rising construction costs and increasing time delays reduce the ability to produce new supply for AMLI and other companies that develop apartments at any sort of reasonable margin. “Hard costs continue to be a challenge,” says AMLI Residential CEO Greg Mutz. “Labor continues to be a challenge both on the construction side as well as on the property management side. Labor is simply tight right now and difficult to obtain.”

Many factors that are pushing up the cost of construction are outside of the control of apartment developers.

“Construction starts are down because available land in high-demand markets is limited and entitlements are tougher,” Batayeh says. “The high cost of construction and challenging municipal and federal regulations are also major deterrents to affordable apartment construction and feasible investor yields.”

While solutions may not arrive in 2020, Gables CEO Sue Ansel has hope that technology can eventually help to reduce construction costs. “We anticipate technological advancement in the areas of construction management and construction techniques that create time savings and a higher level of consistency in final product,” she says.

These labor woes extend to the local governments where development is approved and monitored. “Generally speaking, reviews and approvals are slower than we would like, making deals more expensive and time consuming to get permitted, designed and built,” Mutz says. “Everybody is short-staffed. The architectural, engineering and consulting firms also are all generally short-staffed. There is labor constriction and shortages across the entire spectrum.”

While construction costs can hinder apartment developers, they are yet another factor that will help boost fundamentals for apartment owners and managers in 2020. But everything pales in comparison to jobs. “On the demand side of the equation, job growth and all the factors that drive demand for our product, particularly in the Sun Belt markets that we focus on, continues to be very robust,” Bolton says. “I don’t see anything on the near-term horizon this likely to disrupt that.”

Campo also points to robust job growth numbers as a reason to be optimistic about the year ahead. But that’s not the only one. “We are seeing more empty-nesters move into apartments,” he says. “That rate should accelerate as time goes on.”

As empty-nesters move out, Batayeh is seeing others buy homes. “For-sale housing is strong and being driven by the low interest rates,” she says. “That said, we’re still seeing very high demand in the apartment market because it’s more difficult for people to qualify for a mortgage than it was prior to the last downturn. There’s also a lifestyle choice being made by certain renter demographics that may be able to purchase but prefer to rent.”

With demand remaining strong, the industry is enjoying strong flows of both debt and equity capital. “There’s an abundance of capital. We’re not capital short, that’s for sure,” Mutz says. “On this metric, multifamily is one of the fortunate [commercial real estate] asset classes.”

The interest from debt and equity is even stronger in the B asset class, which is insulated against supply pressures. “We’re seeing more demand both from institutional investors for workforce housing and the sector has proven to historically be the most resilient to market recessions,” Morgan says.

With some global economic uncertainty, Bolton thinks interest rates will remain low. Combine that with the continued influx of outside capital into the apartment sector and valuations should remain strong (in markets that aren’t impacted by outside forces, such as rent control). “I think that we will continue to attract capital and strong capital flows into apartment real estate,” Bolton says. “I think cap rates are going to remain low and we’re going to see values hold up.”

Problems on the Horizon?

Despite the overall confidence in apartment industry performance and a strong long-term demand, there are some things that could pose problems in the year ahead. Local political and anti-owner/operator issues will become more pressing next year.

“Rent control is a widely discussed issue in many of our markets,” Mutz says. “The anti-developer, anti-landlord sentiment is more pronounced than it has been in the past. In many local hearings and public forums, the vitriol, incivility and view that our industry is a pack of thieves and bad actors is astounding to me.”

Regulation and NIMBYism aren’t the only issues apartment firms will face on the local level. “We’re likely to see continued pressure on the real estate tax side,” Mutz says.

The 2020 election could also play a role in both consumer and investor sentiment, which could trickle down to the apartment sector.

“We may find a situation where there’s a little bit more uncertainty in the markets as the year plays out,” Bolton says. “I feel like the economy is going to hold up well. But as we get to later in the year, depending on how the election process begins to unfold, we may see businesses start to sort of hit the pause button.”

Campo points to the trade war as another unknown in the year ahead. “The challenge is you have all of these uncertain situations,” he says. “The election changes the calculus a bit. Sixty-eight percent of GDP is consumer-driven. If something happens and consumers pull back, I could be pretty nervous.” But for others, the election isn’t a major focus. “Uncertainty always plays a role in our industry,” says Morgan. “As a company, we’re more focused on the possible implications of rent control and regulations impacting Fannie Mae and Freddie Mac than we are the election.”

While Camden continues to invest in infrastructure, such as an Oracle cloud-based system, these broad concerns, along with the maturity of this real estate cycle, have caused Campo to pull back a bit to put away cash and strengthen Camden’s balance sheet.

“We built an incredibly strong business,” he says. “We lowered our development exposure and we’ve been a net seller since 2016.”

Others plan to grow aggressively in 2020. When MAA bought REIT Post Properties in 2016, it absorbed a development platform that was admired in the industry and on Wall Street. During the past couple of years, it used that development group to jumpstart both its renovation and development pipeline. “With the combined company and the strength that we have on our balance sheet, we’re able to actually ramp it up even more this next year,” Bolton says. “We’re very excited about that.”

MAA has $40 million in redevelopment and another $500 million to $600 million of new development in the pipeline for next year. While the REIT will continue with its usual kitchen and bath upgrades, it is becoming more aggressive with smart-home upgrades.

“Then, beyond that, we’re going to be executing more extensive repositioning of a number of assets,” Bolton says. “We’ve identified 10 or so properties with plans in place to execute a more extensive Cap Ex program, which includes reworking amenities, the leasing center and common areas that will enhance the appeal of the overall community.”

Bolton’s confidence in pushing development and redevelopment lies in his belief in the apartment market for the foreseeable future. “We’re in a position where we will continue to capture steady rent growth and steady earnings growth,” Bolton says. “The apartment real estate business will continue to look attractive during the next few years.”

Batayeh agrees with Bolton. She thinks the economy is on solid footing and the apartment industry should benefit. “We’re in a really interesting phase in this market,” she says. “Everybody is starting to become more comfortable and believe in the strength and persistence of the U.S. economy. There are certain things out there we’re watching, such as trade, for example. But honestly, we’re not nervous about it. I don’t see a whole lot that's going to take us off course.”

Les Shaver is Editorial Director for NAA and can be reached at [email protected]. This is the first in a series of articles where NAA talks to industry executives about the big trends in 2020 and beyond.