Skip to main content
‘Build-to-Rent’: Is It the Next Big Thing in Rental Housing?
Image 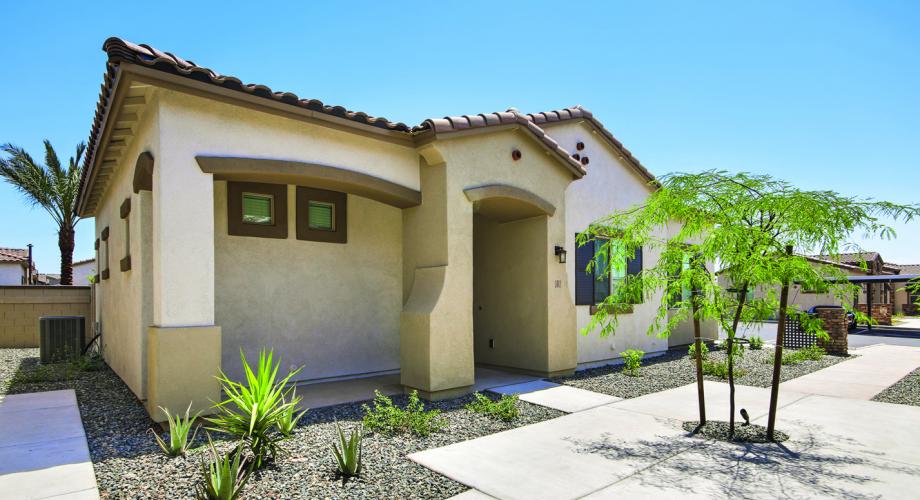 Homebuilding titans are moving into the rental business by constructing entire communities of rental homes. The business model stretches back to the 1980s and really took off after the Great Recession of 2008. Known as build-to-rent (BTR), single-family rental (SFR) and single-family-built-to-rent (SFBR), the communities are attracting significant interest and capital investment as homeownership in the country is currently below 66% and is expected to keep declining during the next 20 years.

Some numbers indicate continued growth for rentals in general, but not specifically BTRs. In May, Robert Dietz, Chief Economist for the National Association of Home Builders (NAHB) said, “Counter to expectations, the number of single-family homes built-for-rent (SFBFR) construction starts posted a year-over-year decline for the first quarter of 2021.”

Dietz also pointed to NAHB’s analysis of U.S. Census data saying, “There were approximately 7,000 SFBFR starts during the fourth quarter of 2020. This was a 22% decline relative to the first quarter 2020 total of 9,000. Over the last four quarters, 42,000 such homes began construction, which is about flat compared to the 41,000 estimated SFBFR starts for the four prior quarters.” These numbers span the time of the pandemic—which may or may not be playing a role in overall trends.

In June 2021, the Wall Street Journal quoted numbers from Hunter Housing Economics, stating that 6% of the homes currently being built in the U.S. are BTRs. Hunter Housing is based in West Palm Beach, Fla., and is headed up by Economist Brad Hunter, who has told economic fortunes as a Chief Economist for Home Advisor and Metrostudy (Zonda).

Hunter went on to predict that the number of BTRs built annually will double by 2024. Taylor Morrison, which is ranked No. 6 on the 2020 Builder 100 list of homebuilders, is in the BTR business and said that BTRs could eventually represent half of their output if the trend continues.

Toll Brothers, based in Fort Washington, Penn., is ranked No. 5 on the Builder 100 list. They operate in 24 states in more than 50 markets in the U.S. Their bread and butter is luxury-class, new home communities, but they also run Toll Brothers Apartment Living, an apartment development company. In 2018, Toll teamed up with BB Living, a BTR company based in Scottsdale, Ariz., and started developing land in the Sun Belt.

“We combined their knowhow and ours with the goal of building high-end, single-family rental communities in scale,” says Fred Cooper, Senior Vice President, Toll Brothers. “We bring Toll Brothers’ land approvals knowledge, purchasing strength, construction capabilities and local market knowledge to the enterprise.” The combo is now leasing the first community they built together and have 20 more in the pipeline. They are currently in control of about 4,000 home sites with operations concentrated in the country’s boomtowns.

“We are focused primarily on higher-growth regions of the U.S. that track Toll Brothers’ home-building footprint in the South and West where there is high job-growth and population in-migration and where we have strong market knowledge,” says Cooper. “Our focus right now is on metropolitan areas such as Phoenix, Boise, Denver, Salt Lake City, Dallas, Austin, Tampa and Southwest Florida. We are also targeting the Carolinas, Atlanta, D.C./Northern Virginia, Houston, Orlando, Jacksonville and West Coast markets.”

Toll Bothers and its partners retain ownership of the properties while BB Living handles the leasing and maintenance aspects of the business. The houses themselves are designed to settle into a niche below luxury-class, for-sale homes and above their SFR competition.

“We are building what we believe is an industry-leading product that distinguishes itself by its quality and its focus on the upscale SFR sector,” says Cooper. “Typically, we are building three- and four-bedroom homes that are larger than most of the newly built SFR communities. We’re located in prime locations with quality schools and access to jobs, culture and recreation. We often are building in large-scale, well-established master-planned communities where we operate alongside single-family, for-sale communities.”

A typical Toll Brothers BTR community numbers between 100 and 200 homes. To compete with the for-sale homes nearby, the firm adds community amenities including pools, fitness centers, playgrounds and walking trails. The challenges to building BTR communities are the same ones that show up when building homes for sale. Large tracts of land must be acquired, entitlements have to be settled, approvals must be acquired and competition must be bested.

Cooper doesn’t believe that his rental product is competing with the traditional multifamily industry and may be a logical stepping-stone out of multifamily. He says, “We believe that residents in our BTR communities want suburban single-family home living, so they are specifically choosing this rather than multifamily rentals. It is a different experience and lifestyle with all the attractions of low-density suburban living. For some residents who might currently be living in and outgrowing a one- to two-bedroom rental in one of our multifamily Toll Brothers Apartment Living properties, this is an ideal next step product offering.”

Investor appeal is one of the main engines driving the BTR train and has helped catapult NexMetro Communities, based in Phoenix, into the stratosphere of SFR development. “Industry experts such as John Burns and RCLCO consider build-to-rent one of the most risk-averse investment sectors,” says Jacque Petroulakis, EVP, NexMetro Communities.

“NexMetro is proud to have received nearly $400 million in equity from our private investors, who range from high-net-worth individuals to highly capitalized family offices,” she says.

NexMetro is one of the recognized leaders of the BTR movement with 60 projects and 6,500 homes either completed, under construction or in development. According to the firm, they have invested over $2 billion in projects in multiple markets across the nation. They are also focused on the high growth areas around Phoenix, Dallas, Denver and Tampa. The firm is building mostly detached, single-family homes in developments that can include private yards and community swimming pools.

Petroulakis has a keen focus on who her residents are. “Our residents don’t want to live downtown, but want an easy access to retail, employment and more along major transportation corridors,” she says. “These residents have the wherewithal to buy but are choosing to rent. They range from professional Millennials to people in a life transition like a divorcee, to Baby Boomers.”

Everybody in the rental business deals with the stigma that many still attach to it. Developing a new rental community near a community of for-sale homes highlights the bias. Petroulakis makes her case for BTRs by focusing on one particular task: “Education. Residents in neighboring single-family neighborhoods often don’t realize that our homes are mostly detached, have private backyards and front porches,” she says. “While the projects are zoned multifamily, they definitely look and feel like a single-family neighborhood. They don’t realize that the people living in these homes are renters by choice. They pay a premium to live in a built-to-rent community, because it works for them to rent a home rather than own it.”

Like her competitors at Toll Brothers, Petroulakis doesn’t believe that her product pulls residents away from traditional multifamily operations. “Consumer demand will continue to drive the popularity of BTR,” she says. “Our communities are not replacing buying a home, living in an apartment or living in a ‘one-off’ single-family rental home. We offer consumers a unique option that blends both worlds of single-family home living and carefree maintenance without a mortgage.”

The Future of BTR

The amount of money and product in the pipeline assures a steady stream of new BTR openings. Both executives believe the trend will remain in place post-pandemic and for years ahead as the country reconsiders how and where it wants to live. “Consumers have fundamentally changed the way they think about the American Dream, what they value and how they choose to live,” says Petroulakis.  “And for a growing number of people, that means choosing to rent rather than own. They want more than what the traditional housing market has had to offer.”

“SFR in general fills a very logical niche within the U.S. residential market,” says Cooper. “It has always existed but is evolving as more professional and institutional players take a bigger ownership role than the typical ‘mom-and-pop’ owners. These institutions can operate on a scale that brings more sophisticated management and more capital to the maintenance and operation of the homes. There are many people who want single-family living. Perhaps they are relocating for a new job and want to test-drive a neighborhood but don’t want to lock themselves in by buying a home. Or they want to live in a neighborhood with great schools and want a nice single-family home but don’t want to be the homeowner.”