Skip to main content
Breaking Down Barriers to Development
Image 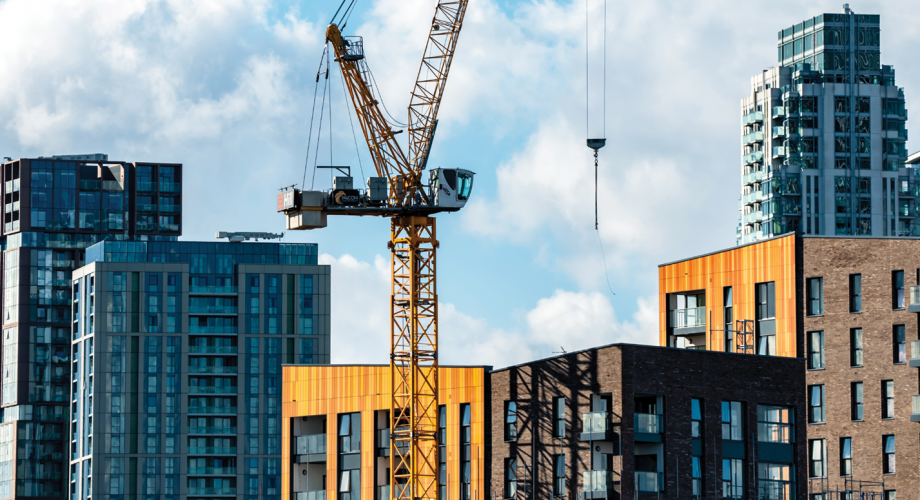 A rundown of the current obstacles to new development reveal some of the usual suspects, along with a few new ones and some possible solutions.

Renovating or developing multifamily communities has never been easy, but the past two years have raised the barriers to entry to unexplored heights. The price of capital has gone up, supply chain disruptions have crippled the construction industry and the pandemic fundamentally changed the way the world does business.

Do You Have a Permit?

Despite all the financial headlines, many developers agree the major impediment to getting things done is a familiar issue. “The biggest challenge for new construction is delays in the issuance of permits – every type of permit – discretionary permits, demolition permits, grading permits, building permits,” says Fred Pierce, President and CEO of Pierce Education Properties based in San Diego.

“Cities are woefully understaffed,” he says. “Some municipalities are mitigating by providing pre-permit inspections to allow construction to proceed while permits are pending. The other partial solution is to break the construction-related permits into phases of demolition, grading, foundation and building to allow early work to proceed prior to issuance of the final building permit.”

The National Multifamily Housing Council (NMHC), based in Washington, D.C., has started tracking development activity and issued its first quarterly reports of their findings, which echoes Pierce’s concerns. NMHC surveyed 38 respondents who listed construction delays attributed to permitting, entitlement, professional services, materials, sourcing/delivery and staffing shortages as headache number one. The most common length of delay cited in the category was five to six months.

The root of the problem leads back to the pandemic. “Some of this continues to be COVID overhang, in some cases it’s inspections,” says Paula Cino, VP Construction, Development, and Land Use Policy, NMHC. “Permitting officials are still not up to speed in part because of their own staff shortages.”

John Tomlinson, Chief Financial Officer, Bell Partners, based in Greensboro, N.C., calls out a familiar main culprit that’s still wreaking havoc on the industry. “For development, supply chain logistics and rising construction costs have had a significant impact with some of the largest increases we have seen historically,” he says.

Some of the supply chain issues are being mitigated with creative material selections. “It has caused us to be very diligent in sourcing materials, products and identifying multiple providers as a contingency,” says Jeff Githens, President, Development, PeakMade Real Estate, based in Atlanta. “We’ve also had to switch to alternatives in some cases where we’ve encountered delivery issues.”

Shawn Townsend, Managing Partner of Chicago-based Blue Vista Capital Management, sees trouble for the short-term, variable-rate financing often favored by value-add transactions. We are seeing an increasing sense of urgency here,” he says. “Folks are well aware of the Fed’s guidance. Fixed-rate increases to the Fed funds really have more of a direct impact on the floating rate financing so it’s more impactful on bridge and value-add buyers.”

Too Much Optimism About Rent Growth?

Rent growth is often cited as the antidote to rising development costs, but there are also worries about too much optimism. “We are getting a bit concerned that the pace of rent growth is moving faster than wage growth,” says Townsend. “In markets where there hasn’t been new corporate investment or job creation, we are concerned that higher rent expenses create a tipping point of dampening rent increase and occupancy rates.”

The continuing skyward reach in the cost of lumber is a story that won’t go away. “There has been a forty-five percent increase in prices over the past three months– a tremendous cost escalation,” says Cino. “Lumber was the biggest cost increase that we saw, and there is much less ability to use alternative materials.”

“Lumber pricing is still very volatile,” says Githens. “We’ve benefited in some cases in buying at the right time. In others, we had to absorb price increases that exceeded our budgets. In all cases, we are carrying escalation contingencies in our budgets to protect against price volatility. We also focus on early buyout of our projects to mitigate the risk of future price increases.”

Pierce is seeing the same thing and taking the same tack to hold costs in line. “We mitigated this issue by purchasing the lumber immediately following executing the guaranteed maximum price (GMP) when lumber pricing was within out budget,” he says. Using the GMP option acts as a strategic hedge against climbing costs.

Before COVID, there was great concern about finding enough people to keep the construction sites humming. “Labor was a concern before COVID and now we’re really seeing the issue materialize in pricing,” says Cino. “Fifty-five percent of our respondents report their labor cost increase was more than what was expected over the past three months. Thirty-nine percent saw an increase, but it was about what they expected. Two-thirds thought construction labor was less available compared to three months ago. Some developers seek out better market conditions by reducing or eliminating construction in difficult markets.”

Like most savvy developers, Githens is reducing the labor shortage by leveraging his contacts. “We have not encountered significant labor shortages thanks to selecting the right subcontractors for our projects,” he says. “However, there is very high demand for qualified contractors and limited capacity for some to take on new assignments.”

The pandemic is now endemic but it’s still holding sway over how and where we work. The effects of working from home, going back to school and moving to secondary cities are still playing out. Developers are trying to untangle social and lifestyle issues to figure out where and what
to build.

“Telecommuting in a more significant way will be a part of the future for business,” says Pierce. “Some industries will be more impacted with permanent telecommuting schedules than others.  The biggest questions looking forward will likely come from office, retail owners and developers. We have not seen measurable changes in the planning of amenities or outdoor spaces in new developments, but touchless technology is increasing in buildings and operations.”

Pivoting away from returning to the office may be one of the easier problems to solve. “We have always enabled our projects to support working and studying from home,” says Githens. “With high bandwidth data offerings and pervasive wireless access, our residents can connect to work or study anywhere within our properties. We also provide ample meeting, conference and study amenities in our projects to allow for individual and group work.”

In many municipalities, the quest for affordability and density are adding one more box for multifamily developers to check. “This is happening in a significant way in California, particularly given state density bonus legislation,” says Pierce. “Essentially, the affordable housing requirements, whether satisfied onsite or by payment of in-lieu fees, adds additional cost to projects. In San Diego, the city recently adopted revisions to the land development code that allows affordable housing requirements to be implemented on a by-the-bed basis for low-income students. With dramatically increasing rents and housing values, the market has been able to accommodate these requirements.”

Tracking the tumble of downtown office space invariably raises the notion of converting what used to be workspaces into affordable housing – putting developers on the spot to make something happen that could solve two problems at once. “If people aren’t interested in working downtown, are they going to want to live there?” asks Cino. “It’s going to be a very loca specific situation. The location of some of those office assets are fundamentally less desirable from a residential perspective. What could make this more attractive to residential developers is if jurisdictions put into place certain incentives or break down certain barriers to those redevelopment projects. If they put in the right incentives, that may open opportunities for those rent conversions.”

More than a third of NMHC’s survey respondents cited the additional affordable requirement as another barrier, but there are other issues as well. “Some of those requirements are things like traffic studies, offsite infrastructure, impact fees and the whole idea that the more the jurisdiction puts on development in terms of entitlement, the more it impacts timing and cost,” Cino says.

The pandemic led to a shutdown that spurred a stimulus that cramped the supply chain that boosted inflation, which resulted in higher interest rates. As new strains continue to evolve, Jamie Woodwell, VP of Commercial Real Estate Research for the Mortgage Bankers Association, sees rays of hope. He says, “At the onset of the pandemic, we saw a very dramatic social, economic and government set of responses. It shifted the economy in very dramatic ways. What we’ve seen since then is we got better at dealing with the impacts of the pandemic. It’s hard to imagine that we would see the same kind of reactions or disruptions that we saw at the onset.”

Scott Sowers is a freelance contributor to units Magazine.