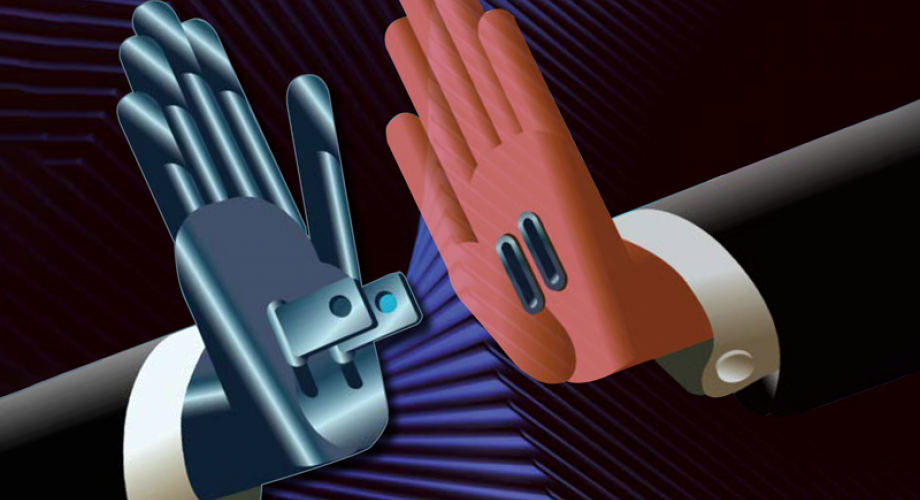 Colin Wiel knows which prospects are going to lease his apartments—even before they do.

Depending on where his leads come from, what fields of information they provide on a guest card and what time of day they inquire about his apartments, he can say how likely they are to sign a lease and move into one of the 8,000 units he oversees as Chairman and CTO of Oakland, Calif.-based MYND Property Management.

“It turns out, for example, that someone who fills out the optional phone number field on a guest card is much more likely to lease the unit than somebody who leaves it blank,” Wiel says.

In fact, based on those criteria, Wiel and MYND have been able to segregate the 22-percent cohort of prospects who rent 68 percent of the firm’s apartments, and route those leads to their human leasing consultants first to close the deal.

“It lets us prioritize who we’re going to respond to the fastest,” Wiel says.

The magic behind MYND’s secret sauce is a proprietary machine-learning algorithm it developed in-house to reduce the burden of vetting prospects by its leasing staff and stands as an example of how apartment firms are beginning to use true artificial intelligence and machine learning in the multifamily industry today.

(It helps when your co-Founder has an engineering degree from Cal-Berkeley and developed AI-enhanced autopilot systems at Boeing in the 1990s, as Wiel did.)

Bringing AI Down to Earth

While there has been plenty of hype about the promise of using AI to rent apartments, the reality of a completely touchless leasing process still lies in the future.

Instead, operators are using AI today to execute the basic blocking and tackling of apartment leasing and management, like pairing down the torrent of leads they get to more efficiently close leases with their best prospects, or schedule showings without returning hundreds of phone calls.

Take San Diego-based Cambridge Management Group, manager of 1,400 units, which has been running a pilot program using Goleta, Calif.-based AppFolio’s AI-powered chatbot, named Lisa, to get a handle on the 30,000 pieces of traffic it receives during peak leasing season in the overheated Southern California rental market.

“Just getting through all those calls by the end of the day puts a lot of pressure and stress on your staff,” says Kayla Roeder,

Chief Operating Officer of Cambridge Management Group. “If you can take the basic leasing part of it off somebody's plate, it really lets them focus on creating a relationship with the people on the tours, as well as continuing their relationships with current residents.”

A Bot for the Basics

Now, when a prospect calls the number on the leasing page of a two-bedroom, one-bath unit in Oceanside, Calif., that’s pet-friendly, the chatbot answers in a slightly tinny voice that could almost pass for human with a recording that says, “Hi, this is Lisa at the leasing office. I’m sorry I can’t get to the phone right now. I’ll text you back as soon as I can.”

The call disconnects, and minutes later, a text comes in: “Sorry I just missed your call. I am unable to make or receive phone calls on this line, but I am happy to answer your questions over text.”

If the prospect responds to that text with a question like, “How close is the Freeman St. apartment to the beach?”

and Lisa answers, “The full address is 501 S Freeman St., Oceanside, CA. However, sorry, those units are currently leased. If you’d like to apply for the waiting list, here is the link.”

The interaction, which took all of 5 minutes, gave updated, real-time information on the apartment in question, while freeing up an actual human being from answering the kinds of basic questions that prospects often have when they’re running from apartment to apartment on their cell phones. Lisa’s main objective is to prequalify prospects by asking them if they’re okay with income and background check requirements, and then schedule tours for those incoming prospects, so leasing agents don’t have to.

“Two-thirds of the phone calls are just people who don't read the ad, or they’ve written down too many addresses and don’t have key details like the deposit or does it have parking,” Roeder says. “This is great for that basic information where you don't need really need somebody sitting there, just to reiterate what the ad says.”

New York-based Corigin Real Estate Group, which manages 20 buildings in Manhattan, is using the machine-learning component of apartment search app Nestio to keep agents off their phones Friday and Saturday nights. Because Corigin schedules open houses on Saturdays and Sundays, agents were constantly fielding inquiries the night before in an effort to be responsive.

“Nestio has an awesome AI-response tool that our leasing agents can pre-load answers to for common questions,” says Daniel Fetner, Corigin’s Chief of Staff. “It lets you set the response time for 5 or 10 minutes, so the prospect doesn’t think, or know, it’s a bot. Our leasing team can now enjoy themselves on Friday and Saturday nights, without being glued to their phones.”

Of course, chatbots are nothing new in the industry. Pinnacle, one of the largest management firms in the country, has been using them since at least 2018, and other large, institutional operators are diving into the AI game. Arlington, Va.-based AvalonBay Communities, for example, is currently seeking a full-stack engineer, and promotes the position on its website by saying, “We will leverage exciting technologies, such as AI and modern cloud-based technology, transforming an enterprise environment from within.”

Other startups, such as Canada-based LetHub, are experimenting with apps that can cover some of the basics of maintenance requests, such as logging tickets and scheduling service calls, without human interaction, as well.

“We leveraged the same technology, used to power Amazon Alexa and Google Assistant, to modernize the apartment leasing experience,” Mueller said in a release.

“ACE AI is enabling apartment hunters to take control of the conversation and giving management companies and owners a cost-effective alternative to call centers.”

At AppFolio, Vice President Elliot Burris says the Lisa chatbot can evolve and get better over time.

“Most chatbots basically just have canned responses to consumers’ questions,” Burris says. “Where Lisa differs, and where true artificial intelligence comes into play, is in her ability to learn and then improve. If Lisa doesn’t know the answer, she defers to a human being, but from that human response, she learns the answer for the next scenario.”

For David Meit, President and CEO at Washington, D.C.-based Oculus Realty, who spoke on a panel titled “Will Automation End Leasing Agents” at the 2019 AIM marketing conference, that’s a good first step in using AI in the apartment industry.

But the vision of that human-less transaction will still take time to actually play out.

“Using AI to where you can lease an apartment, show up and get the keys out of a lockbox and you really don’t see anyone do it, that’s where everyone wants to go in this brave new world, but it’s not happening yet,” says Meit, whose firm operates 800 units. “For now, the real benefit is freeing up staff to do one less thing, and keep the back door closed for resident retention, due to a higher level of service.”

Back at MYND, Wiel says using AI has made the humans on his team more effective at their jobs. “It’s making our leasing agents better,” Wiel says. “If they can spend less time doing mundane tasks and focus on making the sale, they just become a lot more valuable.”

Sounds like a perfect pairing of man and machine.