Skip to main content
10 Lessons Learned During the Pandemic
Image 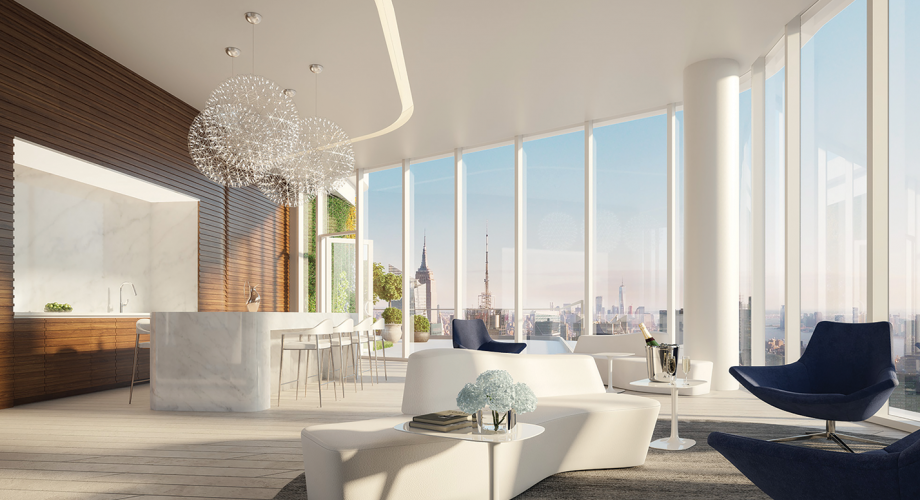 Above: Transparency and light are major features of the architecture by CetraRuddy of ARO, offering floor to ceiling views of Manhattan. Photocredit: Binyan for IF STUDIO

Insight to aid rental housing providers and their residents as they adjust to life in a new normal, as well as prepare for future challenges.

The pandemic has caused an unexpected, long disruption in how developers and property managers plan and operate rental housing communities, both in terms of individual apartments and shared spaces.

The changes are wide-ranging: How prospective residents tour communities, the use of amenities based on COVID-19 social distancing protocols and how outdoor space is prioritized in future projects still on the drawing board. The apartment industry has traditionally been viewed as slow to change, says Al Lord, Founder and CEO of Summit, N.J.-based Lexerd Capital Management, a real estate firm that sponsors investments in multifamily assets. As a result, being able to quickly adapt has become more essential. “During this pandemic, we saw collaboration among competitors and an industry come together to address the needs of not only our owners and investors but especially the general public,” he says.

The following are lessons they learned that will aid housing providers and their residents as they cope while life returns to “normal,” as well as prepare for the future should another pandemic or similar crisis emerge.

Technology tools help curtail in-person contact for safety. Establishing a good connection with a prospective resident has long been a goal of leasing staff, whether it’s to discuss terms or sign paperwork. Even before the pandemic, more steps were handled virtually as technology improved and schedules got busier. Michelle O’Brien, Regional Vice President of Charlotte, N.C.-based RKW Residential, expects these virtual practices to continue as the pandemic winds down.

Some companies have developed a self-guided tour that allows a prospective resident to experience a site in person but unaccompanied. David Lynd’s San Antonio, Texas, firm, The Lynd Company, which develops, acquires and manages apartments, pivoted completely to its “Lynd Timeless Tours,” which allow potential residents to visit a property, use a QR code to enter and walk through a model while listening to an audio tour. Leases are handled virtually. “Even before the pandemic, we were moving to a contactless sales process,” says CEO Lynd. “Now, 30% of leases happen that way.”

Frederick W. Pierce IV’s San Diego-based Pierce Education Properties, which focuses on the purpose-built student housing market, said that touchless move-ins accelerated the process, made it more efficient and produced happier residents with noticeably fewer complaints. “We expect this process will be used on a go-forward basis,” he says.

Online classes and experiential services provide a modicum of human contact. While they may not appeal as much as in-person interactions, Zoom classes became the next best thing as the pandemic continued and caused residents to experience pandemic fatigue at home. They also offered an important way to create a sense of hope and lift spirits, says Lynd. What managers offered reflected great creativity and fun both for staff and residents. Lynd’s firm orchestrated classes on how to make a root beer float and ice cream sundae. It encouraged door decorating through a contest with a Zoom gathering for winners to show their displays. Winners earned a free month’s rent.

In-person contacts return when deemed safe. Despite the growing prevalence of technology and virtual events, property managers found that almost everyone wanted to return to face-to-face interactions when permissible. “We’re human and need that interaction since many began to experience pandemic fatigue,” O’Brien says. Now, as people are vaccinated and states approve openings, her company is increasing its in-person activities but with precautions in place. Pierce found that the advance scheduling that amenity spaces required proved popular. “We expect that certain amenities will continue to do that post-COVID-19, so residents can assure their access to things like study rooms, of which there are a finite supply,” he says.

Strong partnerships keep supplies coming. Having relationships in place with outside vendors helped Wood Partners secure necessary disinfectants and PPE for its properties. “We bought out in front, stored goods and distributed them to our communities as they needed,” says Hallsey. Now the company is buying lumber and paint as those supplies diminish because of the frenzy in building and remodeling, Hallsey says.

Good communication helps diffuse concerns. Getting the word out to keep everyone informed of changes in protocol made a big difference in lowering anxiety levels. Messages relayed whether it was necessary to continue to wear a mask or maintain 6 feet of distance, and if a pool or gym was open. Lynd’s company favored a variety of ways to stay in touch such as emails, texts and fliers, the latter for those who aren’t as tech savvy. Cortland staff added a personal touch by knocking on residents’ doors to check that they were OK, says Hermeling.

Some renovations continued despite economic uncertainties. While it seemed counterintuitive to spend money during a possible down cycle, Lynd believed it was a good time to upgrade many of his firm’s properties. “We looked at data and felt that residents stuck indoors staring at their four walls at least would want to stare at the best four walls they could,” he says. As a result of its investments, his firm was able to increase rents. “Units went like hotcakes,” he says.

Other companies also spent money, which included rethinking how apartments could be best used but in flexible ways that wouldn’t become obsolete, says Hallsey. For example, even though companies started to bring staff back to offices, some property managers wanted to emphasize that units could function for work-from-home (WFH) needs since some might not return full-time, says architect Nancy Ruddy of New York City-based CetraRuddy. “They still want an area so they don’t have to rest their laptop on their lap while sitting on a couch, at the dining room table or an island,” she says. Her firm designed small spaces that could be closed off with sliding glass doors that let in light at its new Rockefeller Group-developed Rose Hill building in New York City. These types of spaces could be adapted to other needs such as a nursey or library if not designed too specifically.

At a project CetraRuddy is designing in New Jersey, kitchen counters are low enough so a chair can be pulled up for them to become work surfaces. The counters also work for cooking or other projects. Architect Andrew Stebbins’ Chelsea, Mass.-firm, The Architectural Team (TAT), added work nooks in apartments without increasing the footprint.

Outdoor spaces expand square footage and use. From the start of the pandemic, the search was on for more outdoor space at ground level, which could be enhanced with walking trails, fitness equipment and dog parks with seating. Property managers and designers also looked for opportunities to transform upper levels and rooftops, says O’Brien.

Often, the changes were dependent on location. “Because land is tighter in urban sites than in the suburbs, we explored the use of rooftops or increasing balcony size and window openings,” says Tim Johnson, Vice President of Development, Southeast, at Indianapolis-based Milhaus, a developer, owner and operator. To counter increased building costs, his firm worked to be more efficient in other ways, for example with marketing costs, says Dave Brackett, Senior Vice President of Property Operations.

Optima, Inc., a vertically integrated company with offices in Scottsdale, Ariz., and Glencoe, Ill., started designing buildings with a central atrium to offer views of outdoor areas, says President, COO and Chief Architect David Hovey Jr. It also designed outdoor spaces to function 365 days a year even in cold Chicago by setting out more fire pits and state-of-the-art space heaters. “People will be able to swim outdoors all year at our Optima Lakeview building when it opens in 2022,” he says.

Indoor amenity spaces reflect trends. Amenity spaces reflected the ups and downs of the pandemic as managers opened and closed them and ramped up and down the number of residents allowed to use them at any given time. Some spaces took on greater importance. Case in point: Bicycle rooms as more residents bought or leased bicycles for exercise or to avoid public transportation. Some buildings added bike rentals, set up repair shops and installed racks along hallways for those who didn’t want to store them in their apartment or in a large, shared space. Co-working spaces also became more prevalent. Ruddy designed them as semi-enclosed areas so air and light could enter and furnished them with soft seating, a table and chairs, sound-baffling walls and sometimes a telephone booth for private Zoom calls. Property managers also began to value mindfulness spaces for quiet contemplation.

Air purification and other wellness features matter. The spread of the coronavirus made wellness a bigger priority, though it already had become important. Buildings installed higher-grade air purifying systems that exchange more air per minute than they used to and sometimes added UV lights. Hovey’s firm chose HVAC systems with bipolar ionization. The push for wellness also showed up in more water bottle refill stations, sanitation stations with hand sanitizer and stacks of masks and more Bluetooth-enabled doors, says O’Brien. Ruddy’s firm recognized the value of windows on two sides for cross ventilation, skylights and antimicrobial surfaces.

Good customer service equals happier residents. Taking a cue from the hospitality industry, more managers helped make life easier for residents by offering more concierge services so groceries and other packages could be delivered to a resident’s door and they could avoid crowded package rooms.  Other services offered by concierge programs are to clean homes/apartments, virtual fitness and cooking classes, and dog walking, O’Brien says.

If there’s an additional lesson that proved important, it may be the value of knowing there is much even experts still don’t know. “The more we learn about making changes, the more we learn we don’t know all we should do,” says Ruddy.

Before the pandemic, many property managers offered concessions of free rent for a month or two. With fewer people moving during the pandemic, most buildings still offered deals, though many now see more apartments turning as residents feel safer to move and college grads lease apartments near jobs or move from their parents’ homes where they quarantined. Yet, many managers queried plans to keep concessions in place to compete since a lot of inventory remains on the market, says Wood Partners’ Steve Hallsey.

As more residents work from home, increased Wi-Fi bandwidth, smart thermostats that control heating and save energy, operable windows and balconies for fresh air and the largest square footage for each resident’s budget all became very important. “We saw that our micro units were vacated the quickest and our average size 750- to 800-square-foot units were the most popular,” says Steve Hallsey of Wood Partners. Optima, Inc. enlarged units, so its typical 850-square-foot apartment was increased to 1,050 square feet, for example.