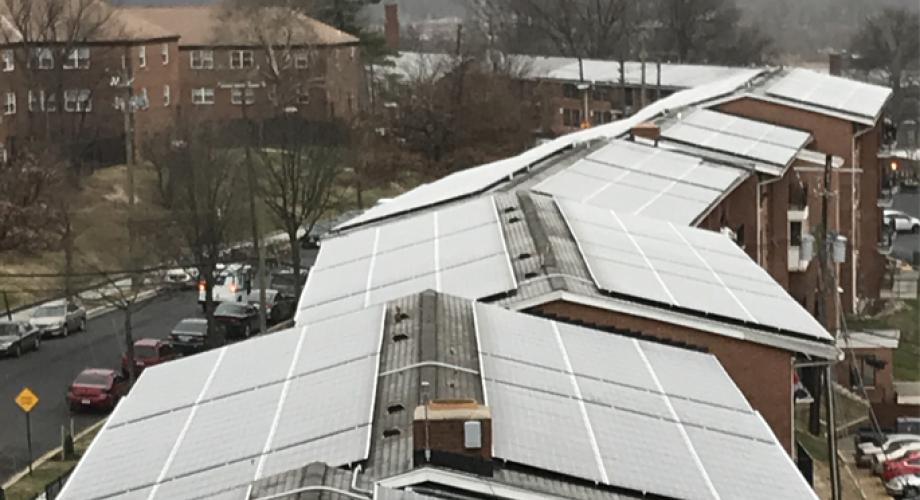 By 2032, the District’s Solar for All program aims to reduce 100,000 energy bills by 50 percent. WinnCompanies a rental housing development and management company, recently completed the District’s largest community solar project aimed at reducing energy bills for low-income residents throughout the nation’s capital.

Solar for All, a program of the District’s Department of Energy and Environment (DOEE), seeks to provide the benefits of solar electricity to 100,000 low-income households in Washington and reduce their energy bills by 50 percent by 2032.

“Community solar projects prove that solar is not just a luxury for those who can afford their own panels, but that solar can also work for renters living in multifamily housing,” says Darien Crimmin, Vice President of Energy and Sustainability, WinnCompanies. “This project will benefit nearly 200 income eligible households over the next 15 years, helping to create jobs, improve local air quality and showcase the success of the Solar for All Program for District residents. WinnCompanies will continue working with DOEE and Solar for All to expand the District’s solar capacity and provide the benefits of solar energy to local communities, helping residents save up to $500 a year.”

The solar installation at Atlantic Terrace occurred as the company was completing a $69-million rehabilitation project at the community and its sister property, Atlantic Gardens. The two-year effort not only completed modernized 303 apartments but also preserved both communities as critically needed Project-Based Section 8 housing for 750 residents.