Skip to main content
What’s All This Talk About Revenue Management and Antitrust Violations?
Image 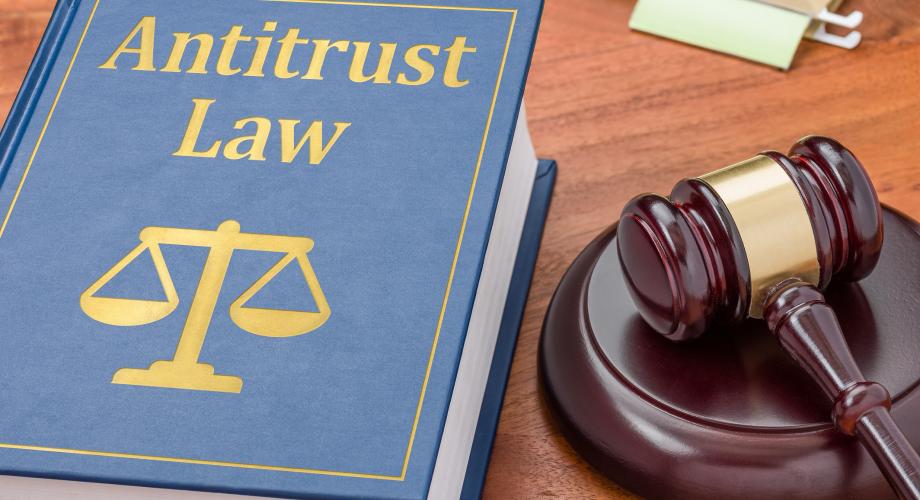 Recently, the courts, the Department of Justice (DOJ) and federal policymakers have taken an interest in the rental housing industry’s use of revenue management tools. Considering this increased scrutiny of the industry, it is important to understand how antitrust laws come into play.

Antitrust laws regulate the way companies operate their businesses, specifically mergers and acquisitions that could result in a monopoly or potentially unfair business practices. These laws safeguard fair trade and competitive pricing for consumers and could result in challenges to the ways that industry professionals set rents for apartment communities.

Beginning in the 1980s, the airline industry was the subject of antitrust enforcement actions by the DOJ after companies were found to have entered into price-fixing agreements. Now, Big Tech companies have been the primary focus of antitrust enforcement. Given that virtually every industry relies on these companies’ technological advances, it is no surprise that their customers, like multifamily owners and management firms, are now a target.

One prominent software provider for the rental housing industry was the target of an investigative report that takes issue with the industry's use of revenue management tools. The report alleges that this company with outsized market share artificially inflates rents and urges its clients to hold units vacant to maximize profits, particularly to the detriment of renters in already high-cost cities. This software provider is now at the center of 10 antitrust lawsuits¹, letters of concern by almost two dozen members of Congress² and at least one open investigation by the DOJ.

In the class action lawsuit filed against the software provider, the allegations extend to nine of the company’s largest customers. The plaintiffs allege that the software provider colluded with its customers to artificially increase rent prices in violation of federal antitrust laws, specifically the Sherman Antitrust Act of 1890. A judgment for the plaintiffs in these cases could mean civil penalties and Federal Trade Commission (FTC) sanctions for the defendant software provider and the companies, which together manage hundreds of thousands of units nationwide.

What is an Antitrust Violation Under the Sherman Act?

At the federal level, the FTC and DOJ enforce antitrust laws. The laws apply to individuals and legal entities at every level of the distribution chain. State attorneys general enforce antitrust laws at the state level, and they can also bring federal antitrust suits on behalf of individuals residing within their states. The laws apply to companies doing business in the U.S., as well as to foreign companies doing business abroad when the latter adversely affects U.S. consumers. But what constitutes an antitrust violation under the Sherman Act?

An agreement must include at least two separate parties partaking in a concerted action. These parties may be competitors or different parts of the same supply chain. There may be direct or indirect evidence of the action to prove a conscious agreement of a collaborative action. One type of agreement is an agreement between competitors that restrains trade, known as a cartel.

If it is established that the parties have an agreement, the plaintiff must then prove the agreement unreasonably restricts trade. Agreements will usually be analyzed under the per se rule, or the “Rule of Reason.” The per se rule is evidenced by violations like price fixing, bid-rigging, horizontal customer allocation and territorial allocation agreements. No further inquiry into the practice’s actual effect on the market or the intentions of those individuals who engaged in the practice are needed under the per se rule analysis because of the character and nature of the violation. Such violations are usually prosecuted criminally or through civil lawsuits by DOJ. Under the Rule of Reason analysis, the court makes the determination by analyzing factors like motive and intent. The Rule of Reason was established in Standard Oil v. U.S. and establishes that a business practice is illegal if it unreasonably restricts trade that is not per se illegal.

The final element in the plaintiff’s burden of proof is that the restraint of trade has an effect on interstate or foreign commerce.

For the antitrust claims to be successful, the plaintiffs in the above-referenced class action lawsuits need to prove that the defendants violated the Sherman Act. To prevail on a claim under Section 1 of the Sherman Act, the plaintiffs need to show that there was an agreement to divide markets, fix prices or allocate customers in a concerted action. The agreement must also affect interstate commerce.

This legal standard is the crux of these lawsuits. The issue may turn on whether the plaintiffs can prove an agreement between the named companies. The plaintiffs say that the “coordinated efforts [by the defendants] have been effective at driving anti-competitive outcomes” in the multifamily housing market. The plaintiffs also argue that due to the use of the software, there is no incentive to use “traditional” modes of increasing occupancy rates such as use of concessions to get people to rent the units.³ Yet, their argument is flawed.

To prove a restraint of trade, a review of case law shows that certain agreements, such as price fixing and customer or market allocation are per se illegal, as they are agreements that “[…] often prove so harmful to competition and so rarely prove justified that antitrust laws do not require proof that an agreement of that kind is, in fact, anticompetitive in the particular circumstances.” If a per se illegal agreement is not found, the court will move to a burden shifting Rule of Reason test, where the residents/former residents will have the initial burden to show the property management companies using the software to set rent prices is an unreasonable restraint that substantially harms or destroys competition.

The plaintiffs would need to prove that the defendants knowingly participated in a conspiracy that substantially affects the flow of interstate commerce. This is a complex question of fact that could be difficult to prove in court. Former DOJ antitrust prosecutor, Maurice Stukes, notes that “[I]f competitors agreed among themselves to use the same algorithm and to share information among themselves with the purpose of stabilizing pricing, that would be per se illegal.” However, simply sharing information is not in and of itself illegal. It is, rather, the agreement that the information be shared in a coordinated effort to affect interstate commerce that triggers an antitrust violation. Indeed, Stukes stated that he was unaware of any cases where companies had been prosecuted while using the same algorithm to set prices.

The National Apartment Association (NAA) will continue its work to support the rental housing industry with resources as this situation develops and remains committed to being the voice for the industry in Washington, D.C. As we have predicted for some time, NAA expects increased activity by the White House and federal agencies post-midterm elections and will continue to educate policymakers on industry operations, including the legitimate business needs for algorithm-based tools like revenue management software, and the impact of housing policy changes on housing providers and their residents.