Skip to main content
At a Tipping Point
Apartment outside
Image 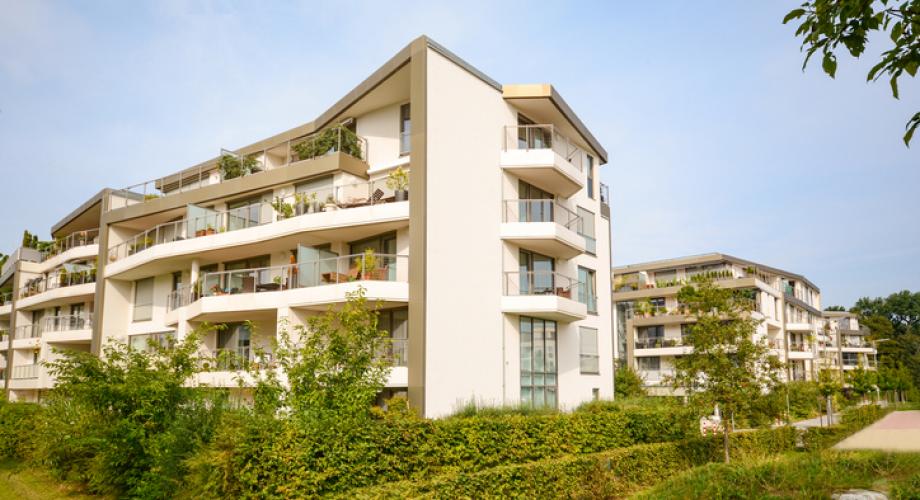 Having more residents at home stresses buildings and staff alike.

For Tammy Shields and her staff, every day is beginning to feel like Monday.

With more residents staying at home during the COVID-19 pandemic, managing 5,500 apartments as Chief Operating Officer for Atlanta-
based Audubon—which operates
21 apartment communities from the Carolinas
to Louisiana—has only become harder in
recent months.

For one thing, with residents leaving their apartments less and ordering in meals more, there’s been a lot of additional trash to remove. And because an increasing number of residents are shopping online to avoid trips to the store for everyday items—from cleaning supplies to groceries to toiletries—parcel deliveries have been piling up, even at communities with package locker systems.

Some of Shields’ apartment communities in the state have seen their occupancy numbers fall, as residents whose incomes had been impacted could no longer afford rent and moved out. While most residents either were able to pay rent or participate in payment plans once evictions resumed, about 20 percent of her delinquencies resulted in apartment repossession.

In New Orleans, many residents lost jobs related to hospitality and entertainment. But even with eviction moratoriums remaining in place, lots of residents chose to leave anyway, as move-outs doubled year over year.

“Our onsite staff are working a lot harder,” says Shields. “With rent payment programs and residents having to document they lost income to qualify, the paperwork has increased.” Plus, staff have to clean
more often, she adds.

Although not all areas of the country are seeing such drops in apartment occupancy, observers say these pain points, like the pandemic itself, will likely get worse before they get better, for apartment communities, residents and staff. With more residents going out less often, the strain on the communities—and the mental and emotional load on the staff, tasked with serving residents and dealing with higher anxiety levels in their own lives—has only gotten more intense.

“Our jobs are three times harder now than ever before, just because there’s so much more to worry about and deal with,” says Marcie Williams, President of Charlotte, N.C.-based RKW Residential, a third-party manager of more than 22,000 apartments. “We still have jobs, and we’re still getting leases and renewals, so we’re not complaining. But people are stressed.”

At many apartment communities, trash and package volumes have been an extra burden on building infrastructure and staff.

For instance, at the Boca Raton, Fla.-based Altman Companies, an operator of approximately 8,000 apartments, “we’ve been averaging about 20 to 30 percent more trash hauls than normal, and package volumes are a big strain in the current environment,” says Chief Operating Officer Tim Peterson. “The exponential growth in [deliveries] during the pandemic has made package locker solutions designed just four or five years ago obsolete. We are rushing to convert underutilized spaces into additional package rooms with secured entry and electronic monitoring, but in the meantime our front offices have had to deal with a significant overflow of packages.”

In addition to trash and packages piling up at many apartment communities, electricity and water use has increased. Because electricity is typically sub-metered to residents, the utility burden on them is becoming greater as many struggle to pay rent due to pandemic-related job losses.

A study at Columbia University’s Earth Institute, for example, has found that overall electric use at New York City apartments increased 7 percent during the pandemic, with weekday use between 9 a.m. and 5 p.m. jumping by as much as 23 percent.

“There is no reason to expect that the changes we are observing in New York City are not occurring in other U.S. regions,” the study’s authors write. “This additional daytime consumption, which normally would be met by employers or institutions, has now been shifted to individuals. For the many [apartment renters] already suffering from the economic consequences of the crisis, any increase in monthly energy bills will only make matters worse.”

Water use is also up. At New York City-based Bright Power, a purveyor of energy and water management systems for commercial and residential buildings, water use increased 21 percent across a sampling of its clients’ communities in April compared to the same period the year prior.

“With residents at home, we have seen an increase in water consumption at multifamily properties,” says Samantha Pearce, Director of Energy Management Services at Bright Power. “For owners who do not sub-meter or bill back utilities, they are certainly hurting now with those increased costs.”

The Altman Companies saw costs go up when it implemented new cleaning and PPE protocols at its communities. “Additional expenses for contract services for cleaning, PPE, hand sanitizer and new signs for social-distancing requirements added about 10 percent to our expenses,” says Peterson, who notes that the company has cut back in other areas, such as free coffee in lobbies and towels for fitness centers, to lessen those impacts [a strategy many apartment operators have been following]. “After we did that, the amount drops closer to 5 percent.”

Other apartment operators have reported that they’ve been able to offset operating expense increases, primarily from maintenance staff conducting fewer service requests when in-apartment visits were limited to emergency repairs during the early part of the pandemic.

The lighter service-request load freed up maintenance staff to do other work, such as painting and vacancy turns, that is typically contracted out, helping to limit those expenses. But with more firms returning to pre-pandemic maintenance service levels, catching up on those sidelined service tickets has taken priority.

“Now that we have begun reopening procedures, and begun performing routine maintenance, our staff doesn’t have the extra time to perform those other turn tasks anymore,” Peterson says. “The additional expense is painful in the short term, but we view it as an investment in our communities, and the health and welfare of our residents, prospective residents
and staff.”

Asking the Unmasked to Police Themselves

With mask requirements perceived by some Americans as infringing upon their personal freedoms, Audubon’s Shields says her staff are also having to deal with individuals who disregard signage or requests for social distancing. “If somebody comes into our office not wearing a mask, we’re going to ask [that person] to leave because that’s our place of business,” she says. And “we’ve got signs up in our amenity areas, for example, that say masks are required.”

At the same time, Shields is not putting her staff in the awkward position of having to police residents on social-distancing and mask-wearing rules. Instead, she’s told her teams to emphasize that amenity use at the communities comes—as it did before the pandemic—at their own risk.

In Florida, where cases recently skyrocketed, the Altman Companies staff have had to soldier through as well. “The biggest stress for our staff during the pandemic is just being on the front line,” says Peterson. “They are our heroes, interfacing with our prospects and residents while also keeping them safe. But they also have stress from occupancy and rent collection pressures in light of eviction moratoriums, and working in compassionate ways with residents who have also been facing economic upheaval.”

At Des Moines, Iowa-based BH Companies, which operates 97,000 apartments across the Southeast and West, where case counts have been surging in July, the story is the same. With more residents at home all day, the company’s teams are feeling even more pressure to provide great customer service, says Melody King, Senior Regional Vice President in Dallas, where COVID-19 surges have been among the biggest in the country. “They are dealing with active COVID cases in their homes, communities and offices, causing a shortage of team members and an overall concern throughout the properties.”

As COVID-19 case numbers have continued to climb nationally—and particularly in the hard-hit Sunbelt—more and more apartment frontline workers are also testing positive. When that happens and they have to quarantine for at least 14 days, the workload on their colleagues naturally increases.

“They already have additional responsibility, keeping up with the cleaning, filling out the cleaning logs and wearing their PPE while still taking care of residents, who are just around more,” says RKW’s Williams. “But now, if you’ve got someone out who tested positive, you’ve still got to make sure you can handle all those job functions at the same time with less people.”

Joe Bousquin is a freelance writer.