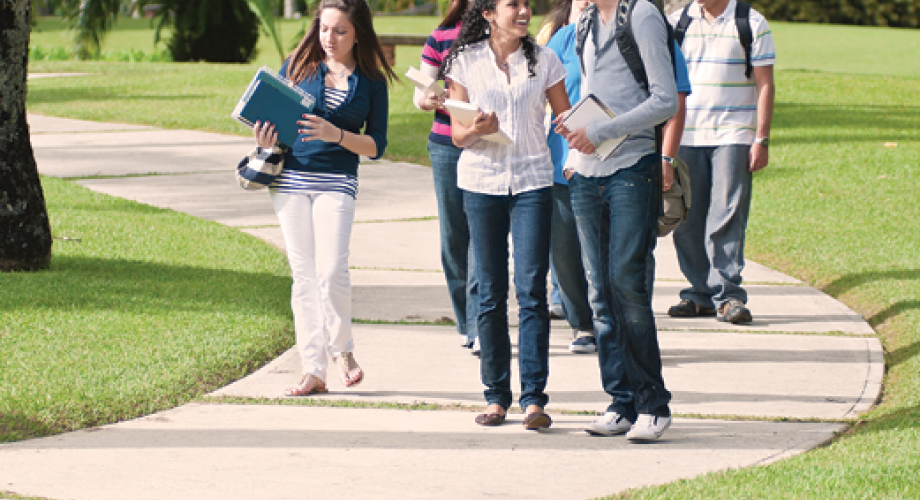 Fundamentals should return to normal in the next year, but the pandemic has left an operational mark on student housing.

Last year, the team at San Miguel Management in Austin, Texas, decided to test some resident events at the University of Texas.

“We handed out food and study snacks,” says Jennifer Messina, Vice President of Marketing for San Miguel Management. “We just wanted to try it and see if people would show up. But there was hesitancy and fear on their part.”

In May, during finals, the staff at San Miguel Management handed out food again. This time, it was gone in a matter of minutes. That’s no surprise, Messina says. As vaccinations increase and restrictions loosen, student life seems to be reaching some degree of normality.

“Now that social distancing isn’t as much of a thing, I see our residents in the common areas, back at the gym and just a lot more positive,” Messina says. “It’s more of a feeling of back to normalcy with UT returning in person.”

Messina isn’t alone in this observation. Other student housing leaders around the country are also seeing signs that the world is returning to normal on the campuses they serve. “We’re going to be pretty close to back to normal from an operations standpoint and how we physically interact with our residents,” says Heather Sizemore, Senior Vice President of Student Housing for Campus First, a division of Austin-based RPM. “We’ll have those in-person events and full use of amenities this year.”

With that, they’re optimistic their portfolios will return to pre-2020 health. But not everything will return to normal. Some operational changes made during the pandemic may stick around long afterward.

The return to normal will be welcome news for Messina. Every year, she looks forward to San Miguel’s annual crawfish boil in Austin. “We always have a really good turnout,” she says. “We have to cap it at 250 or so.”

During COVID, the company had to cancel the event, which was a disappointment. “We had so many people asking for that again and disappointed that we weren’t doing it,” Messina says.

While the worst of the pandemic may be in the rear view in the U.S., the student housing industry won’t soon forget the lessons from the experience.

On a practical level, some procedures may stick into the future. For instance, when Messina faced an urgency to fill beds in Austin, she needed to get creative. Before COVID, San Miguel Management was able to get heads in beds through word-of-mouth marketing.

“We really did rely on word-of-mouth alone,” Messina says. “We didn’t have to do a lot of social media and online stuff.”

But the pandemic changed that. “During COVID, we did anything and everything that we could,” Messina says.

That included spending money on internet listing services. Messina may continue that practice once the world gets back to normal. “We actually found it to be successful—expensive, but successful,” she says.

San Miguel also went back to its roots by engaging in efforts like billboards, which it successfully utilized more than a decade ago.

“It’s just getting back to the basics that we did in the beginning, and then we quit doing because we sailed on the coattails of word-of-mouth and resident referrals,” Messina says.

Turning those leads into leases may also change. Instead of relying on tours, many students may choose to use virtual leasing in the future.

“Through the pandemic, thousands of students have leased sight unseen and virtual tools have become much more efficient and prominent,” says Jenn Cassidy, SVP, Student Housing Operations for Cardinal Group Management. “This is a trend that is likely to remain.”

Brent Little, President of Fountain Residential Partners, also believes that virtual leasing is here to stay. But that’s not all.

“For the next two to three years, we can expect to see management companies keep all or some of the social distancing practices in place, such as six-feet decals, sanitizing stations, desk plexiglass dividers and the wearing of masks,” he says. “Eventually, I foresee all of these practices going away slowly.”

Several companies also streamlined the always-stressful move-in process by doing much of the paperwork ahead of time. During the pandemic, students and their families would drive up and grab their keys. Many operators think that practice is here to stay. “Contactless move-ins created a seamless process for both the teams and the residents and are likely to become the new standard,” Cassidy says.

With many colleges and universities closing their doors to in-person instruction in the 2020-2021 school year, student housing operators struggled. Sure, some students stayed in their rooms for virtual courses, but there was still significant deterioration in fundamentals.

Nationally, occupancy is still down 3.27% year-over-year, according to College House, a college housing research platform. While that may not look great, it is a slight improvement compared to the fall of 2020. Pre-leasing was also struggling last fall, lagging as much as 10% year-over-year across the nation back in November 2020.

Some individual operators are outperforming those numbers, though. At Cardinal Group Management, leasing is about 7% positive year-over-year.

“We believe fall occupancy for 2021 will definitely improve over fall 2020 as we see enrollment rebound in many markets where undergraduate enrollment had either declined or remained flat year-over-year,” Cassidy says.

Part of the problem last year was that some universities were really late making decisions about in-person classes, according to Aryne Bailey, Portfolio Director for Houston-based The Dinerstein Cos. Those markets began leasing later than what student housing operators had seen before the pandemic.

“You’re typically starting to lease in September and October of the prior year,” Bailey says. “A lot of markets started leasing later this year just because in October 2020, we were still in the midst of the pandemic. At that time, no universities had committed to their plan for fall 2021.”

San Miguel Management was one of those companies that put heads in beds late in leasing season. “We ended up running a crazy special with shorter-term leases,” Messina says. “If we didn’t have that, we would have stayed around 75%.”

Still, things could have been worse. By the fall of 2020, Cassidy says occupancy was at 87%, with most of the pre-leasing being done despite university closures.

Now that there is widespread distribution of the vaccine and most universities have committed to in-person instruction, things are looking up. But with vaccinations increasing and the world opening back up, pre-leasing is now only 1.2% behind last year, according to College House.

“After all we’ve been through, we feel really good about where our portfolio will end up this year,” Bailey says.

Campus First’s performance will be similar to 2019 leasing and occupancy numbers. “We’re getting to that point where we’re making up ground from the low last year,” Sizemore says. “Everything accelerating forward is going to be in a positive direction for us.”

While COVID threw the entire student housing industry for a loop in 2020, real estate is still a local business. Performance will vary by market.

“There are still markets where rates are flat or decreasing due to supply and demand fundamentals; however, nationally, the sector appears to be on track for an average year of approximately 2% rent growth,” Cassidy says.

Fountain Residential has some local examples of robust performance. In its Amherst, Mass., project, it planned on 351 beds. But it leased 409 beds because of the demand in the market for the product. At Louisiana State University, it is pre-leased 13% ahead of the market at the same time last year.

“There will be specific markets that have a COVID hangover, but it is back to business for most markets and properties,” Little says.

Sizemore expects market cycles to begin to return to normal. Campus First’s portfolio is spread around the country with a concentration in the Southeast, Northeast and Texas. “You’re going to have some markets that perform really well and even have some rent growth,” she says. “There are going to be some markets that struggle a little bit, which is typical.”

Others see similar trends. “Real estate is a location-specific business and even more so as it regards student housing in the COVID era,” Little says. “Schools and cities that remain in ‘lockdown’ over the next year will see impacts past those that are already opening up currently.”

Coming into the pandemic, oversupply was a concern in markets around the country, particularly ones with big Southeastern Conference schools. It’s also an issue that will continue to challenge San Miguel Management in Austin.

“Our market is growing and continuing to add on tens of beds,” Messina says. “The new product coming onboard is always going to lease first. The latest and greatest will always go before anything else.”

Regardless of the market, things should improve from now on. In the 2022-2023 school year, expect that momentum to pick up at certain schools as international enrollment rebounds.

“We will see some rebound for 2021-2022; however, I do not think we will see the level of international students we saw pre-pandemic,” Cassidy says.

Cassidy also sees other tailwinds that should drive stronger growth next year. “In addition, the 2022-2023 leasing season is more likely to follow a normal leasing pace which will hopefully lead to stronger rent growth,” she says.