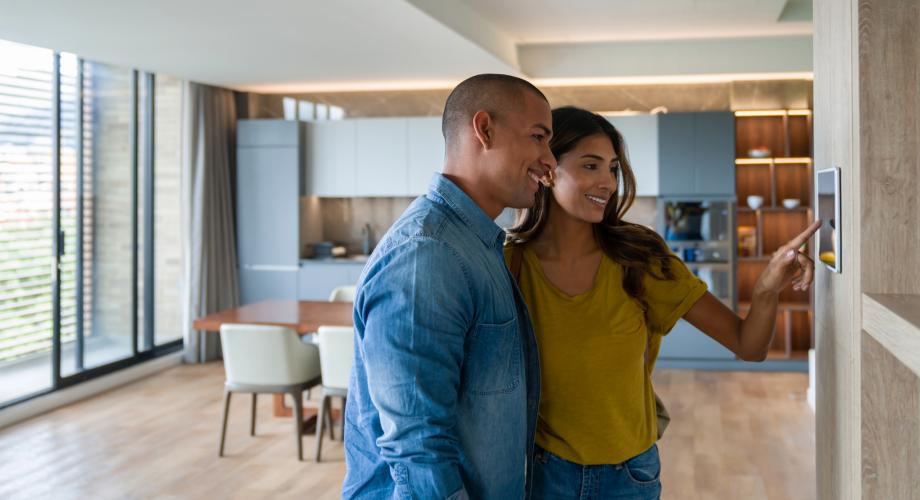 The benefits of going wireless are evident and in demand.

The world of IT is in constant flux. As a result, IT professionals always face a flurry of questions: "Where are you now?" "Where did you begin?" and "Where do you need to be?" For property management companies, the answers to those questions are significant drivers. They also have an enormous effect on the day-to-day experience of apartment communities and their residents, especially in the wake of the pandemic.

In fact, there is steadily increasing interest in smart homes and building automation in today's multifamily realm accelerated, in part, by the circumstances of the past two years. The advancement of wireless technologies has allowed building automation to be installed and/or retrofitted at a lower cost with increased reliability than in years past. The modern convenience of making the change to wireless internet services is tangible when it comes to labor costs. Before wireless, if you wanted something to function, you would have a wire go through a hole, then you had to run the wire—potentially destroying a wall, running into other cables, or worse, cutting cables. At times, wired install exceeded the cost of the intended goal.

However, the benefits of going wireless are evident and in demand. Wireless allows more flexibility, connecting point A to point B easier, and because a lot of the technology now itself is wirelessly based, why not go wireless?

COVID-19 truly underscored the importance of wireless technology. In an apartment community, wired networks would be bogged down with so many users day in and day out. Wireless allows for reduced lag in usage, especially when utilizing bridges.

At Pinewell Station Apartments in Norfolk, Va., the building and property are outfitted with several wireless bridges to allow faster consistent wireless internet speed. During a time when 98% of the community was at home for more than a year, wireless bridges proved pivotal in wireless communication stability.

While the idea of property-provided wireless homes is ideal in the IT realm, the lingering concern for owners and operators is the return on investment. For example, providing in-home wireless internet may cost a resident an extra $50 per month. However, the cost concern outweighs the cost benefit, as providing one’s own wireless through a major carrier is cents on the dollar. There is no great sales tactic that shows the benefit of a company-run wireless internet service. The other caveat many IT professionals will most likely agree with is the cost and time involved in maintaining company-provided wireless. The manhours to monitor and tweak also outweigh the benefit of the idea of wireless. When considering those potential manhours, adding bridges as a workaround for residents to use their own wireless provider keeps data consistent.

Operationally, communities and companies have shied away from offering in-home Wi-Fi and, instead, provide the foundations of smart-home technologies, such as wireless locks, smart outlets, smart speakers and more. The internet service market is very competitive. Perceived consumer confidence in choosing more well-known wireless networks behooves companies and communities to provide the foundation to allow residents to use their own wireless service provider. In the end, it adds to the creature comforts of apartment homes.

To underscore this point, if one had to decide between a well-known wireless provider or a lesser known one, most would bet on the more well-known provider because there's a lack of trust in private wireless systems. If the pandemic showed us anything, the quality and reliability of wireless providers proved to be an immeasurable asset to the ever-growing group of American workers, including apartment residents, now adopting a more permanent work-from-home scenario.

While it's best to partner with a provider for the actual wireless, the advancement of building automation now allows companies to offer technological amenities that were far too cost-prohibitive when we were in a wired world. It will be exciting to see if the multifamily IT sector turns its attention to even more innovative and advanced wireless capabilities such as smart breaker panels. Installing smart breakers panels is one of many ways to reap considerable benefits in apartment communities. The panels allow you to see the total power usage of the building and individually control a breaker remotely. Taking it one step further, with the introduction of solar energy, some predict we will see apartment buildings run entirely on solar power one day.

Having the ability to have clean power and mobile visibility of property under management is invaluable. It protects equipment, the building and physical assets by separating you from the threats of the outside world—lightning, power surges, brownouts and the like. In natural disasters, as of right now, communication has a set amount of time—most of the time, it's anywhere from eight to 48 hours—before backup communications capabilities go down. With solar and a power wall, communications can have higher uptime, allowing more visibility into the apartment community and providing the apartment community with the comfort of knowing they can communicate.

It's a matter of preserving life and ensuring safety, not to mention keeping our residents connected as we emerge from the pandemic.

Dale Sennie is Director of Innovative Technology for The Breeden Company.