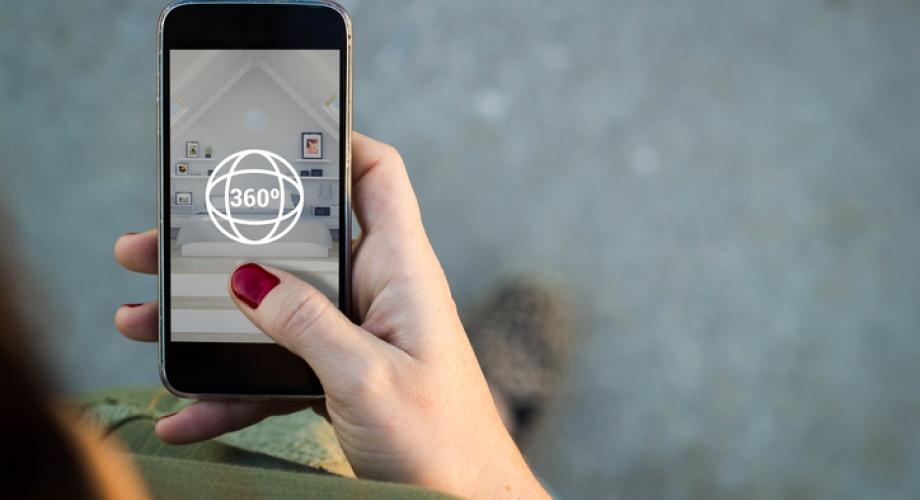 More apartment operators are opening the door to the idea of self-guided tours for their prospective residents.

Apartment communities find that with self-guided tours they can accommodate significantly more tours per day, use less staff time, and see a higher conversion rate. The approach is not intended to minimalize the role of leasing agents, but rather to enable them to focus more on other aspects of their job, such as customer service and tracking leads.

Residents are benefiting from the flexibility that a self-guided tour brings as they can make touring appointments based on their schedule (not the leasing professional’s or apartment office hours) and take them in a potentially more comfortable environment.

“We’ve all been in what can seem like a pressurized situation when shopping for something, such as a car,” Eric Brown, CEO, Urbane Apartments, Detroit, says. “You want to take a test drive, but you don’t want the salesman sitting next to you or in the back seat talking to you.”

Kristi Fickert, Vice President of Marketing and Training at 30 Lines, says when she is with her husband, out looking to make a purchase, they designate predetermined hand signals to use if they are in the presence of a salesperson — a form of communications through body language — to share opinions or to signal next steps.

“Self-service is a trend we are seeing all over consumerism,” Tina Mortera, Vice President of Marketing and Training, Progress Residential, says. “Whether you are at the checkout area buying groceries or checking in for an airline flight. It’s what consumers want.”

Brown was a trailblazer in offering self-guided tours, a strategy many scoffed at when he first introduced it in 2006. He says it has been successful for him. He and the others commenting on this topic were presenters at the 2018 AIM Conference in May.

Brown says he was inspired to try out self-guided tours based on the efficiency he saw from Post Properties, which had approximately 4,000 apartment homes in a tight, geographic area in Dallas.

“Only using our leasing professionals, we might have only been able to do three or four tours per day,” says Brown, who operates 20 Class B apartment communities that total 700 apartment homes spread over Michigan, with most in the Detroit market. Now, typically, we are doing up to 20.

Brown says self-guided tours require only one leasing agent at the centralized leasing center and two leasing professionals for the 20 apartment communities we operate, which total 700 apartment homes.

Following are Urbane’s traffic and leasing figures for 2017:

Described on the Urbane website, which lists available apartments, it reads, “If the unit is “AVAILABLE NOW” then you are welcome to set up a time to take a look. We have a super cool touring method called Go Solo. This means that you will come by our office for a quick meet and greet, grab a key to the property and head out all on your own to walk through. Super easy and NO PRESSURE! When you are done you bring the key back and let us know what you think.”

Brown says this method of leasing is not a human-less process because it leaves plenty for the leasing professional to do.

Progress Residential has lock-boxes on 99 percent of its homes, enabling self-guided tours, Mortera says, “We orchestrate the self-guided showing experience using in-home marketing materials, mobile technology and voice-activated content to provide prospects with information or they can easily click to call and be connected with a Progress representative.

“The implementation of self-guided showings has increased the conversion of leads to showings by approximately 2x. Additionally, it has also enabled us to focus our leasing resources on follow-up—where our customers need us most.”

“Anyone offering resistance to this idea is giving you B.S.,” he says. “They must be an old-school owner. Renters today are mobile enabled. If they see an apartment they are interested in, as an owner, you want to get them there as fast as you can. Self-guided tours enables that.”

Brien says 80 percent of the tours for his properties are self-guided.

“As an owner, you have to ask yourself, how many potential leases are lost because the prospect did not get a call-back or was not able to set up a tour based on the leasing office; or the tour time they were offered did not fit their schedule; or maybe the apartment was already rented by the time they were able to match schedules with the leasing agent,” Brien says.

“The prospect could be in a hurry and doesn’t want to be bogged down by a full-length tour,” Brown says. “Or they might want to spend even more time looking at the apartment, and don’t want to be restricted by a leasing agent who is distracted or called away or has another tour scheduled.”

“The residents love this,” he says. “Renters don’t want to have to bother with a physical key. The only people who want keys are the owners.”

Lucas Haldeman, CEO, smartrent, a smart-home software service partner, says the conversion rate on his clients’ self-guided tours is 11 percent higher compared to those done by a leasing agent.

“Prospects today have already done all their homework,” Haldeman says. “They know about the schools. They’ve seen pictures of the bedrooms and bathrooms. A lot of times they want to do a tour just to see if their cell phone will get reception from the bedrooms.”

Security and theft issues are among the key arguments against enabling self-guided tours.

“Self-guided tours have a lot of potentials,” Hale says. “Amazon is already using this concept of allowing people to enter a home, to some degree, when it enables the delivery person access to the home through a number code to drop off a package. It would add flexibility for prospects on nights and weekends and expand our operating hours. But you have to be aware of your insurance policy, liability, what happens if a fire is started or the toilet becomes clogged. Maybe a prospect behaves [in an unseemly manner]. Would you be concerned about allowing this in B or C communities? I believe it is worth a test and could be a peek into the future.”

Self-guided tours of furnished apartment homes could be susceptible to theft. Brien scoffs at the thought.

“If the thief really wanted to steal something, why would they register to take the tour when they could just break the window, enter and take what they want?” he says. “We’ve had 10,000 showings and I can think of only one incident when someone tried to steal the refrigerator.”

Todd Katler, CEO, Anyone Home, half-joked, “If a person wants to steal, coming in and giving me their ID and credit card is probably not the best way to start a crime.”

“While the benefits of self-guided showings are compelling, it is a new process and not without risk,” she says. “We have seen certain instances of fraud, whereby someone poses as the landlord. We are working closely with our vendors, peers, and industry council to provide education and solutions to mitigate this type of risk.”