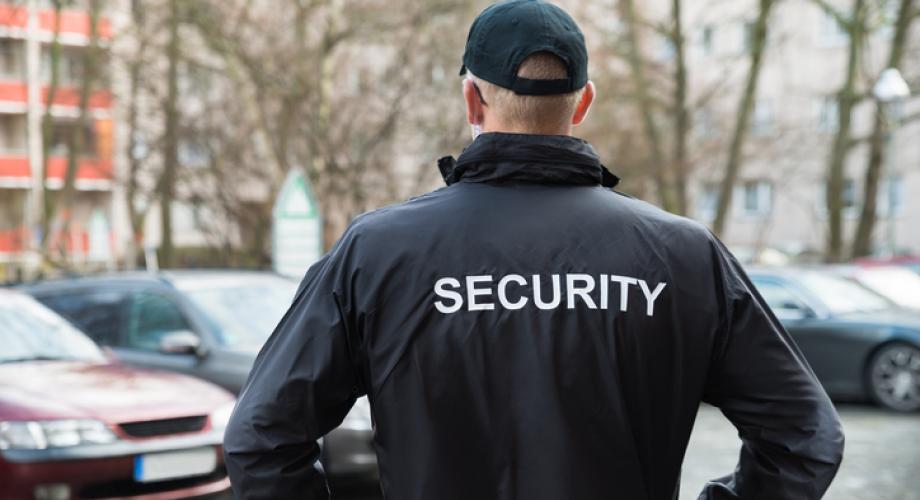 An active shooter situation at an apartment community would be a terrifying situation, but being prepared ahead of time can save lives. We take an in-depth look at how property management companies are beginning to train their on-site staff to respond in this type of crisis.

Some apartment management companies have hired instructors with police and security backgrounds or invited local law enforcement personnel to deliver classes on the subject to interested staff. The courses last from a few hours to a half-day and have been met mostly with curiosity and appreciation – and not anxiety – from attendees.

Apartmentalize this year has invited one of those instructors – Officer Derwin Bradley, Orlando Police Department, to deliver information about active-shooter incidents during a special two-hour deep-dive on Friday, June 15 in San Diego. He will discuss how to recognize the dynamics of active shooter events, understand risk-management strategies, develop awareness of suspicious activity and threatening behavior and create proactive measures for reducing the potential of mass violence on the property generally and in the office facilities of apartment communities.

Tatum in April welcomed Bradley to speak to AAGO members for a second consecutive year. The event, which sat 40 members, sold out.

“The fear is there,” she says. “It’s a scary subject to talk about. And although it’s a training, it allows us to receive a real picture of the threats that any community could face and learn a ‘just in case’ response strategy.”

Southwest Florida Apartment Association (SWFAA) in Fort Meyers will hold its training event June 27. Lee County (Fla.) Sheriff Scott Griffith conducted the training. The 90-minute class costs $5 to members and will be held twice that day, to enable a community to send more staff members--one could attend the morning session and another could attend in the afternoon to avoid short-staffing the community. SWFAA Executive Director Holli Noel says this repeat schedule could help to double attendance.

The North Central Florida Apartment Association held its training at their annual trade show on May 15 with officers from the Gainesville (Fla.) Police Department's Crime Prevention Unit.

“The room was filled,” NCFAA Executive Director Robert Carroll says. “We only have space for 60, but we added more chairs to fit 70.”

Apartment Association of Greater Dallas (AAGD) held a class this spring and nearly filled it to the 75-person capacity, says AAGD Director of Education Valeria Thurwanger.

“Civilian students, such as those who work at apartment communities, seem apprehensive and even nervous before the training,” Bradley says. “Some share after the class that they considered leaving before the training began. The training is unnerving -- even for police officers -- so I was not surprised. But given the number of people and situations that apartment professionals deal with, it is important that they learn all aspects of personal safety while at the workplace.”

Leah Thibault, CAM, CAPS, Regional Manager, Maxus Properties, Wichita, Kan., says, “The training was during a luncheon, but it could have easily been a half-day. [Attendees] were pretty somber about it, especially considering the timing. We are just disappointed that it has come to this.”

Because of the “heart-breaking Parkland event, the room had a unique atmosphere of sadness and everyone being attentive to every word being said,” Farrell says.

Peabody Properties, based in Braintree, Mass., two years ago began offering training for its onsite staff. Through its Peabody University, the training was conducted by SaferPlaces, Inc. Originally a three-hour course, the length has doubled and commands a full day. It is offered three times per year. Attendance is voluntary.

“After seeing so many horrific incidents across the country during the past several years, I couldn’t understand how no one in our industry in our region was training on this subject matter,” Kristin Pine, CPM, ARM, NAHP-e, SHCM, Director of Training & Education, Peabody Properties, says. “Shooting incidents are broadcast almost daily in any news cycle. It is unfortunate that it is a reality. We don’t want [our employees] to become desensitized to this topic or to work in fear.”

Peabody Properties Senior Manager Mike Previti says, “The topic in itself is scary. Given today’s climate of more frequent workplace violence, things like this, unfortunately, have become not so out of the ordinary.”

Previti says he reached out to many of his staff and encouraged them to attend.

“Sometimes you have to push people to go to these types of training because most are skeptical or think it’s a waste of time,” Previti says. “Many people have the ‘I don’t need to go; I’ll know what to do in that situation’ mentality. But the training will open your eyes to the reality of the situation and when the class is over, employees will usually change their mind about the importance of this training.”

Peabody’s training is open to all employees, Pine says. Pine estimates that 20 percent of the company’s 500-employee workforce have attended.

“We are happy to boast that Peabody Properties has had employees return to the class two and three times for their own benefit as an annual refresher for their individual professional development,” Pine says.

In preparing onsite staff for the typically shocking and chaotic situation that could result from a mass-shooting attack, Bradley emphasizes self-awareness, commonsense and preparedness.

“One has to choose to pay attention,” Bradley says. “No profile exists for an active shooter. Remember each emergency is different. Only you can decide what action is best.”

He says to be realistic about the ability to protect yourself.

“Do what comes naturally and do it immediately,” he says. “Screaming, hitting, and biting may help you escape, but it could expose you to greater harm from the shooter.”

When responding to an active shooter, Bradley says the first step is to evacuate.

“Have an escape route and plan in mind,” Bradley says. “Leave your belongings behind. Keep your hands visible so that responding police officers can see that you are not an immediate threat or are hiding a weapon.”

The next step is to hide, preferably in an area out of the active shooter’s view.

“Block the entry to your hiding place and if possible, lock the doors.

He says a decision to take action would be the final step.

“Here, you only want to do this as a last resort, and only when your life is in imminent danger.”

The training showed scenes from events such as [the mass-shooting incident that killed 15 in 1999] at Columbine High School and also had re-enactments of local shootings.
It provided workplace tips--the biggest of which was recommending that an apartment community have only one entrance and many exits. This helps to control the flow of people in a building, she says.

Attendees completed a questionnaire to determine if they were a “run,” “hide” or “fight” type of person and how that person would handle the situation.

The trainer was the firearms instructor from its local sheriffs’ department.

“It was good to see maintenance staff and leasing agents attend, because our meetings usually are mostly property managers,” Pope says.

“In our industry, there’s a big concern for safety because of the position that we put ourselves in every day by doing our jobs, conducting property tours, for example.”

Thibault says what was most interesting from her training, taught by Matt Vogt, was that Vogt demonstrated the exercises from the room where the class took place, describing how to handle a shooter situation in that type of room and how that could apply to an apartment workplace. Vogt is a Police Scientist from ‎Wichita Area Technical College's Active Shooter Response Training.

“He also showed us things in the room that we could use to secure doors such as chairs or someone’s belt,” Thibault says. “We are lucky to always have maintenance guys around and the tools that they carry, if needed.”

There is also a focus on continuing education on the subject matter, as well as stressing the importance of training on it regularly, similar to a fire drill at work. A regular theme is stressed that “if you see something, say something.”

Maureen Reyer-Morley, Regional Manager, Hudson Grove, Denver, says her staff and perhaps her residents could observe this behavior and not know how to deal with it or recognize it.

Reyer-Morley says apartment communities should develop a communications link to their local first responders and to nearby mental health institutes.

“That way, onsite staff could work with first responders and the mental health professionals, who could then send someone to the property to work with us on how to address it,” she says.

Reyer-Morley points out that one example is the Aurora, Colo., theatre shooter, who lived in an apartment that was booby-trapped with an intricate web of home-cooked explosives.

“No one knows what signs he displayed within his apartment community or with the onsite management team, but what if there had been enough to recognize the potential for problems?” she says.

Personal Plan: Avoid Situations that Make You Vulnerable Completing a Work Order in an Occupied Unit