Nearly 40% of all US households live in rental units, which play a crucial role in the nation’s residential infrastructure. After decades of relative stability, the rental share declined steadily between 1995 and 2004 as a rapidly expanding secondary mortgage market and aggressive lending produced a surge in homeownership.

Rising delinquencies and higher mortgage rates began to stem this trend in the mid- 2000’s. The Great Financial Crisis brought declining ownership and increasing renter-ship which persisted until mid-2016. Most recently, the rental share has begun to decline again. Government, academics, and industry leaders are paying greater attention to the rental half of the housing market to understand whether a new national renter/owner equilibrium may be emerging.

Four different types of industry expenditure (activity) were identified and separately analyzed in order to fully capture industry impacts. They are:

Important drivers of impact growth across the 4 industry segments: 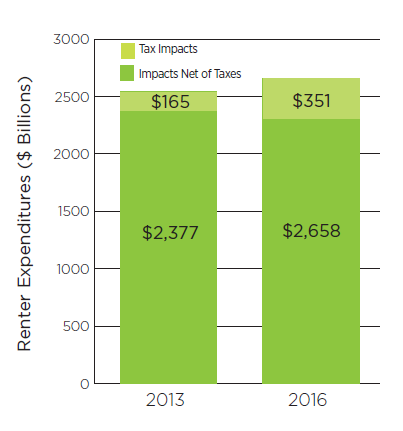 This is the only category that significantly expanded its share of operations expenditures (30 percent to 33 percent) between 2013 and 2016. 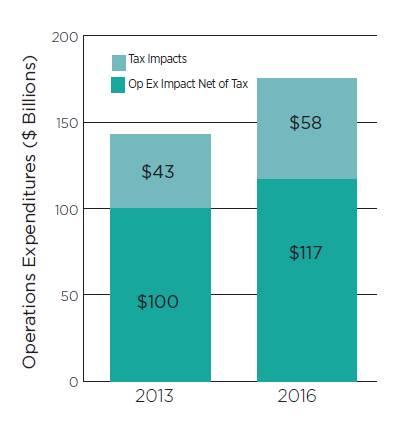 The U.S. apartment industry generated a total of 17.5 million new jobs in 2016, 12 percent of the total employment gain for that year. 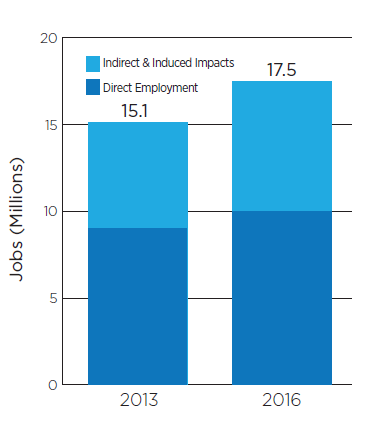 Subsequent rounds of analysis were conducted for the 50 states and the District of Columbia as well as for 50 major metropolitan areas. Results at each geographic level exhibited the same pattern, i.e., significant economic and job impacts with robust growth over the three-year study period. In all, the 50 states+DC (Sum of States, or SOS) generated $2.95 trillion of economic impacts and 14.2 million jobs in 2016. SOS impacts increased by 21 percent ($518 billion in output) and 15 percent (1.86 million jobs) between 2013 and 2016. The performance of individual states and metros was tied to the six impact growth drivers that we identified for the US as a whole. In general, the largest states and metros dominated impacts in absolute terms but – with a few exceptions – posted average or below-average growth relative to their peers. On a percentage growth basis, several mid-sized states and metros that have attracted an outsized share of post-recession population and economic gains top their group rankings. 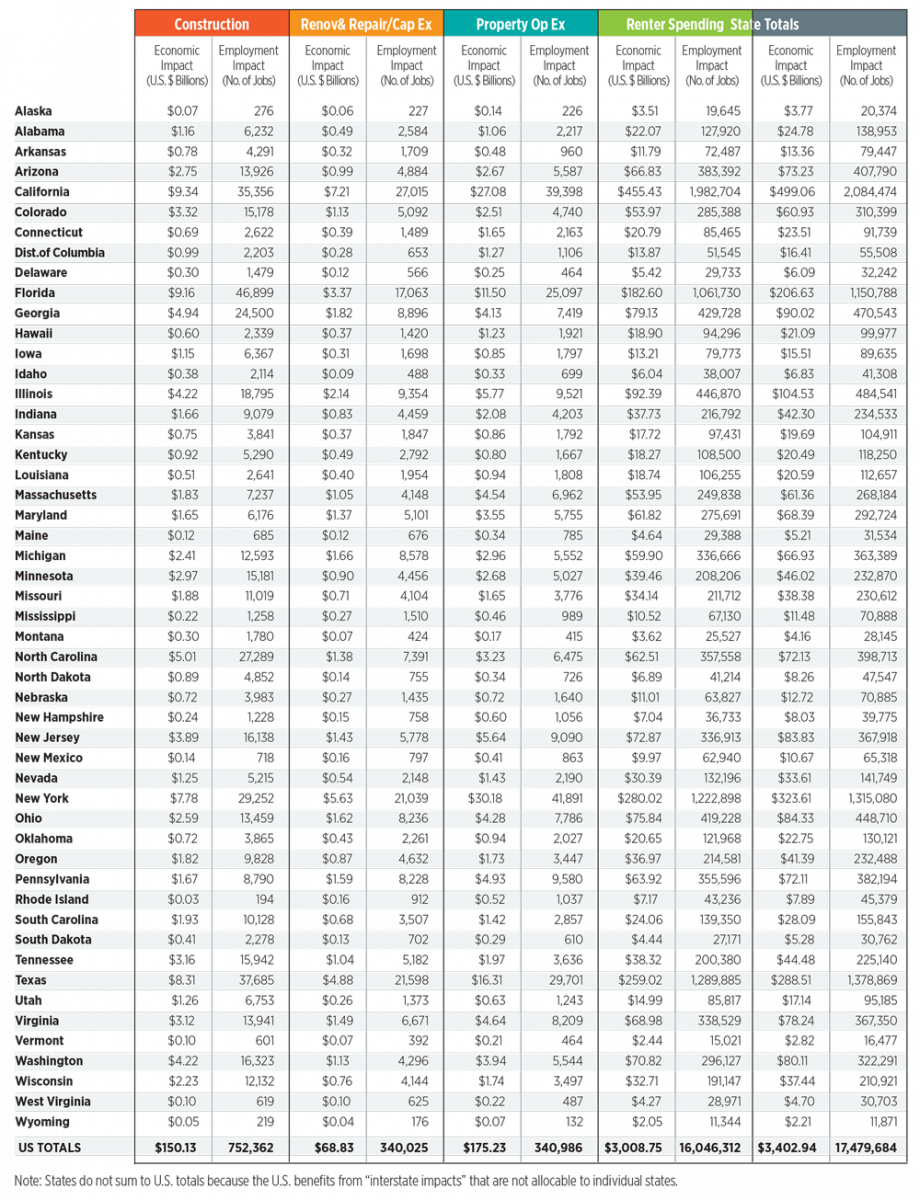 “The Contribution of Multifamily Housing to the U.S. Economy” is a study which explored the impact the apartment industry had on the US economy in 2013 and 2016. It was conducted by Hoyt Advisory Services on behalf of the National Apartment Association (NAA) and the National Multifamily Housing Council (NMHC). The full report can be found at weareapartments.org.

IES: Owners & Employees Feeling the Fray of Labor Constraints
Following a year of moderate growth and solid fundamentals in 2018, the first six months of 2019 make that past year seem like a lull for the...
Read More
2021 Apartment Housing Outlook
The year 2020 was unlike any other in modern history, marked not only by a global health crisis but social unrest, a contentious Presidential...
Read More
2017 Apartment Performance: A Year of Moderate Growth
Looking back on 2017, the apartment market grew moderately even with the addition of a large amount of new supply. Even the best-performing metro...
Read More
A Week of Crystal Balls
While economic forecasting is never a perfect science, and the apartment industry has experienced an onslaught of new product and higher rents,...
Read More
Rents Increasing More Slowly as Pipeline Grows
While 2017 began with slowing rent growth and demand, especially for new luxury properties, strong economic and demographic fundamentals ensure...
Read More