Earlier this year, Bell Partners announced that Founder and Chairman Steve Bell, who has personally held a majority stake in the company since its founding in 1976, has transitioned a minority portion of his shares to certain executive officers of the company. 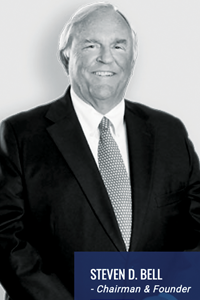 “Part of [the decision] was proactive in that Steve Bell is 74 years old, and, as we think about the future, and it’s a lot better to be proactively planning for the future versus reactively,” says CEO Jon Bell, Steve’s son. “We’re excited to make that transition of ownership, and I hope it’s the beginning of a process that will continue to evolve over the coming decade.”

“It’s something we’ve been planning for a couple of years,” says Jon Bell. “Our opinion is that the company is best served if those who are leading it tactically day-to-day also own part of the company.”

As part of this shareholder transition, the composition of the company’s executive and investment committees will remain unchanged, as will the general partner structure on each of the company’s prior funds.

During the past decade, Bell Partners has made a concerted effort to institutionalize its operations by bringing in several executives from the public company world.

“This is part of the continued evolution of the firm,” Jon Bell says. “We’re continuing to make this a company that’s focused on meritocracy. If we want to be a sustainable, great company, we have got to attract and retain great people.”

To become a destination for those people, a company has to reward them appropriately.

“Great people want to be empowered to effectuate a vision,” says Bell. “So, we have been to be very focused on bringing in great people, and then secondly, aligning interests of those great people. This is just another step in that regard.”

Mastering Reputation Management
Mastering reputation management requires multiple strategies. Find out how some the of the industry’s biggest firms respond to and even stimula...
Read More
How Hiring Helps Marketing
Despite advances in technology, the human component remains key to getting out a company's message."If a staff member doesn't pick up phone calls,...
Read More
Bell Partners Closes Apartment Fund VII Despite COVID-19
The fund materially exceeded its target size of $800 million, with commitments coming from a broad range of domestic and international institutional...
Read More
Promote Opportunities to Make Residents Happy
In todays on-demand world, property managers and owners are working to find the best ways to attract new residents and keep them happy. Wit...
Read More
How Apartment Executives are Preparing for the Next Recession
Ten years ago, the Great Recession walloped almost every sector of the economy. According to the U.S. National Bureau of Economic Research, which...
Read More