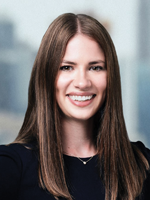 Senior Vice President Lindsey Senn was promoted to Executive Vice President, responsible for the finance and development team. At Fifield, Senn has played a key role in evaluating investment opportunities and overseeing $600 million of Chicago market development. Fifield Cos. promoted six executives and one associate, as well as the addition of a new senior associate, in response to an outlook of continued growth in top markets such as Chicago, Los Angeles, Dallas, Miami and Washington, D.C. 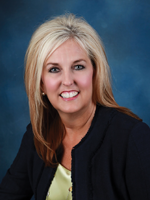 Domuso expanded its sales organization with the appointment of Terri Nicholson as Vice President of Strategic Accounts. Most recently, Nicholson was Vice President of Enterprise Sales at LeaseLock, where she developed and managed enterprise sales operations for the company’s rent deposit SaaS platform. Nicholson is an NAA Leadership Lyceum graduate.

October Movers and Shakers
These were the recent personnel moves of note in the apartment industry.Brad Cribbins | Chairman Radix Scottsdale, Az.Radix announced Brad Cribbins...
Read More
Adapting to the Automation of Rental Housing
As automation continues to cement its place in operational decision-making, it is important to understand how to effectively continue its implementation...
Read More
Apartment Business Centers Mix Business and Pleasure
Mobile technology has prompted a rethinking of apartment business centers. They used to be windowless rooms that were isolated from the rest...
Read More
How Apartment Executives are Preparing for the Next Recession
Ten years ago, the Great Recession walloped almost every sector of the economy. According to the U.S. National Bureau of Economic Research, which...
Read More
Chicagoland Apartment Association EVP Michael Mini Named 2020 NAA AEC President
ARLINGTON, VA | Feb. 5, 2020 – Chicagoland Apartment Association Executive Vice President Michael Mini has begun his term as the National Apartme...
Read More