Consistently low-interest rates will keep commercial real estate investors active in the market, if not at record levels, as buyer and seller pricing expectations remain mismatched in many segments of the marketplace.

During the second quarter, key indicators showed the apartment sector continued to have a strong command of the housing market. Demand displayed robust figures with more than 170,000 units absorbed, a five-year high. As a result of a busy leasing season, national occupancy soared to 95.9 percent, the highest rate since 2001, according to RealPage. Apartment demand was the highest in Dallas, Chicago, and Houston.

Demand also impacted effective rental rates which climbed to $1,393, a three percent increase year-over-year. Las Vegas and Phoenix both saw rent growth of more than eight percent. In 2018 the U.S. Census Bureau ranked both markets among the top 10 for new resident growth. The majority of the other top rent performers were marketed in the Southern region. 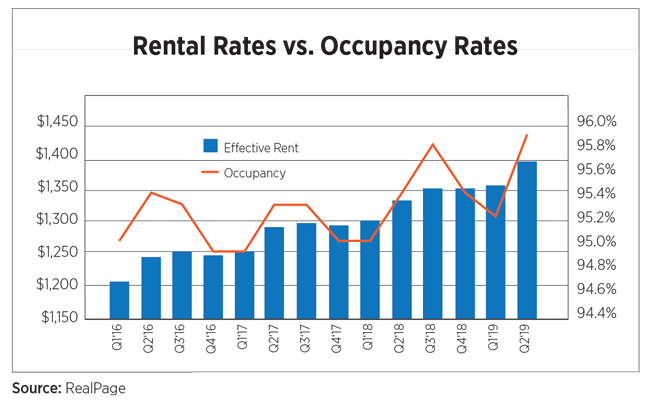 U.S apartment construction totaled 73,956 units this quarter, far outpaced by demand. Apartment starts in June numbered more than 396,000 units, an annual increase of 25.3 percent according to the U.S. Census Bureau. Permits declined 13.3 percent to 360,000, indicating a balance in the market given the high level of recent completions. Houston, Minneapolis, Orlando, and Washington, DC all saw an increase in multifamily permits from last year. 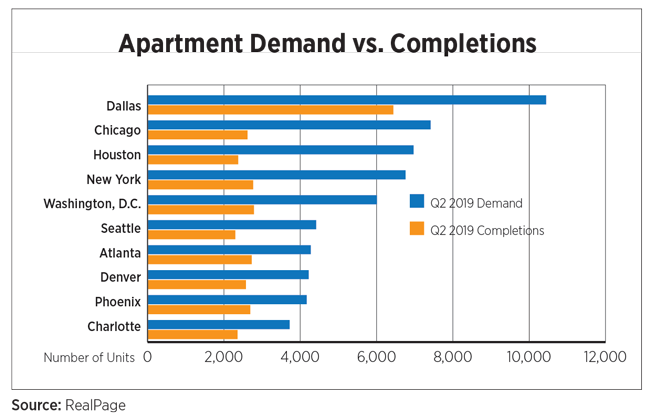 According to Real Capital Analytics, closed transactions totaled over $37 billion this quarter, increasing 1.5 percent year-over-year. More than 230,000 units changed hands, a decline of 9.4 percent. Average price per unit was $171,406 an 11.9 percent increase from Q2 2018. Markets which experienced the greatest dollar volume growth included Washington, D.C., San Francisco and Denver. Investors in the D.C. region are betting on Amazon driving demand. Three of the top five sales, on a price per unit basis, were located less than 5 miles from the new headquarters. 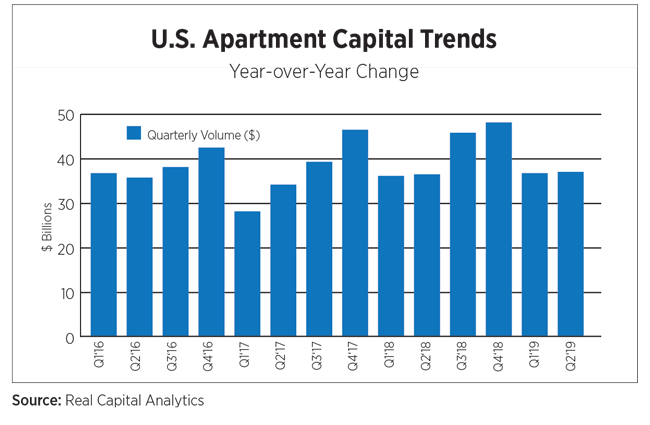 The word “uncertainty” has crept back into national economic discussions in full force despite healthy labor markets and economic growth topping three percent in the first quarter. The reasons for caution have not shifted materially, however, over the past several months: trade war concerns, slower global growth and the wind-down of impacts from the Tax Cuts and Jobs Act.

Uncertainty, particularly over the trade wars appears to be the cause of some weakening economic indicators. Business investment has been largely flat over the past several quarters. A drop in consumer confidence, as reported by the Conference Board in June, will bear watching to see if it is the start of a longer-term trend. Consumer spending also flatlined late last year but may be showing signs of a reversal according to the latest monthly data.

Federal Reserve rate cuts are also back on the table. It was little more than six months ago that the Fed was calling for several more rate hikes in 2019 and 2020. The starkest adjustment to the Fed’s recently released quarterly forecast was the lowering of the Fed funds rate projection for 2020 to 2.1 percent from 2.6 percent, a considerable drop from the 2019 forecast of 2.4 percent. Consistently low-interest rates will keep commercial real estate investors active in the market, if not at record levels, as buyer and seller pricing expectations remain mismatched in many segments of the marketplace. 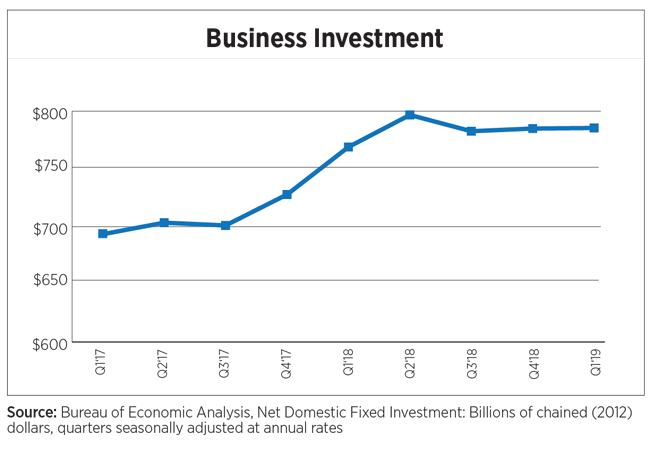 Job growth has been relatively healthy given the tightness of the labor market, averaging just over 170,000 jobs per month during Q2 2019, on par with the first three months of the year and in-line with 2016 and 2017 figures. Nearly one-third of the nation’s largest metro areas recorded unemployment rates below three percent in May. Year-to-date wage growth spiked in Denver and Nashville at 7.2 and 6.4 percent, respectively. With the exception of Cleveland, wage growth in the cities with the highest unemployment rates were below the U.S. average of 3.1 percent. 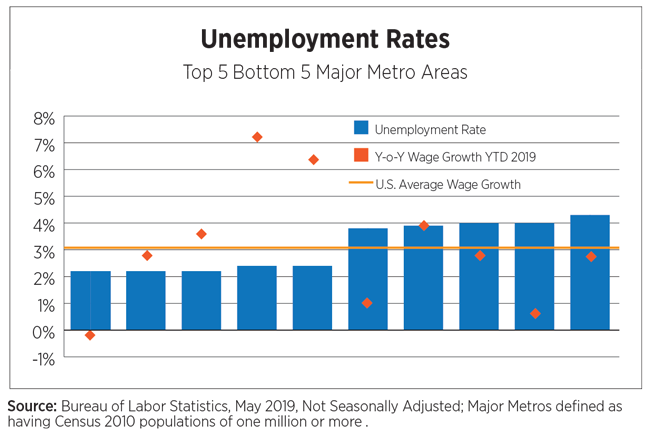 Apartment market fundamentals have been strong thus far in 2019. Third-party data providers are mostly in agreement that several indicators are hitting levels not reached in years including leasing, absorption and rent levels for workforce housing. Vacancy rates have been decreasing in some markets amid new construction. Mortgage rates are on the decline again, but lack of supply along with affordability issues have kept homeownership rates fairly steady for the past few quarters. Marcus & Millichap’s most recent calculation of the premium of owning over renting was $248 per month, a compelling case for sustained apartment demand.