In addition to Millennials, Baby Boomers are a ripe demographic cohort for the renter lifestyle.

The imagery of sleek apartments offering a convenient, amenity-rich lifestyle is often thought of as being synonymous with Millennials. While there is no doubt that Millennials have impacted the way developers and property managers build and market apartments, demographic data show that Baby Boomers are seeking similar lifestyle accommodations in apartments. As the next-largest generational cohort after Millennials, Boomers offer an abundance of market possibilities the industry should not overlook.

According to the U.S. Census Bureau, the national homeownership rate currently stands at 63.6 percent as of the first quarter of 2017. While the homeownership rate for those aged 55 to 64 years now stands at 75.6 percent, the second-highest among all age cohorts analyzed by the Census, it is considerably lower than the 78.6 percent rate recorded during first quarter of 2011. Considering the sheer size of the Boomer population, the steady rate drop over the past six years represents a substantial number of new renters in the market. 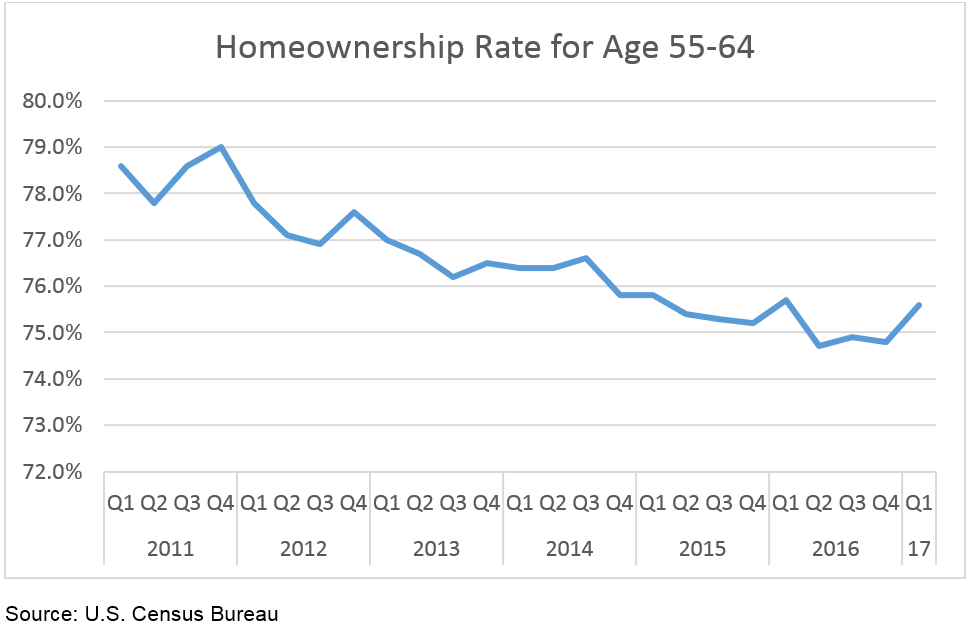 If we dig deeper, we find more evidence that renting has become more popular with Boomers. As of March 2017, a significant 32 percent of Boomers are no longer interested in ever owning a home, a substantial increase from 23 percent in January 2016, according to FreddieMac. In fact, for those who are already renting, 67 percent expect to continue renting for their next residence, reflecting a general satisfaction with the rental lifestyle. Both of these sentiments actually reflect a greater share than both Millennial and Gen X survey respondents. Furthermore, a whopping 78 percent of Boomers are very, fairly or somewhat willing to downsize to live in an urban area. This implies that empty-nesters, many of whom are now free from child-rearing duties, may respond well to apartment communities that offer a lifestyle centered around convenience and leisure. 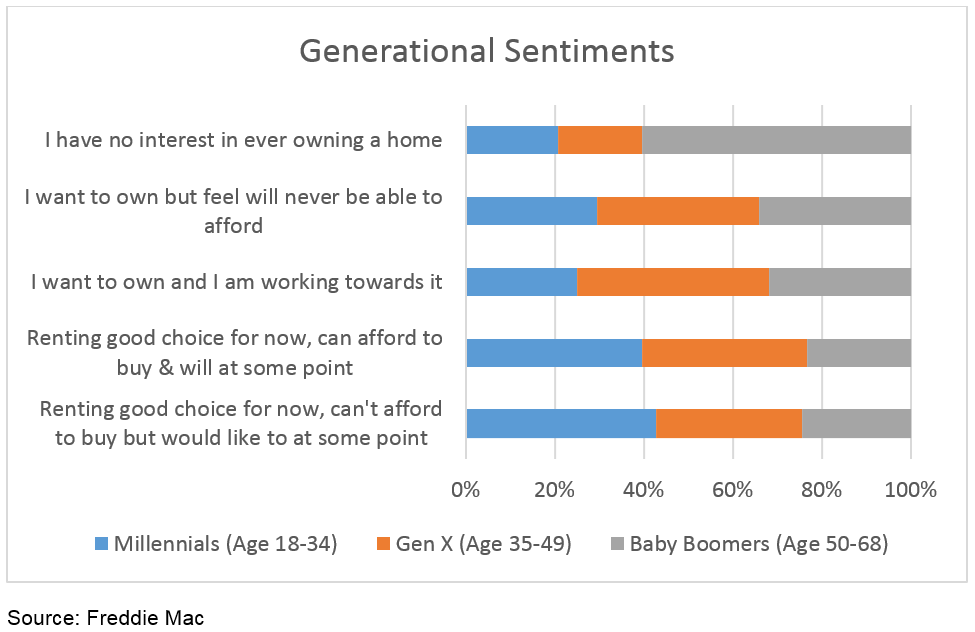 In terms of financial power, FreddieMac’s survey data indicates Boomers are the most likely not to have any debt, while also being the least likely to live paycheck-to-paycheck. Again, this could mean developers and property managers should focus on marketing features and experiences to this group, rather than pure economics.

Another factor that makes apartment communities more appealing to Boomers is the opportunity for socializing. According to a joint study by Age Wave and Merrill Lynch, two-thirds of retirees say they want to live in a community with a diverse population. This indicates that conventional apartment properties have a strong ability to pull in older residents, especially if they offer an appealing roster of community events and amenities geared towards fostering social connections for all types of residents. 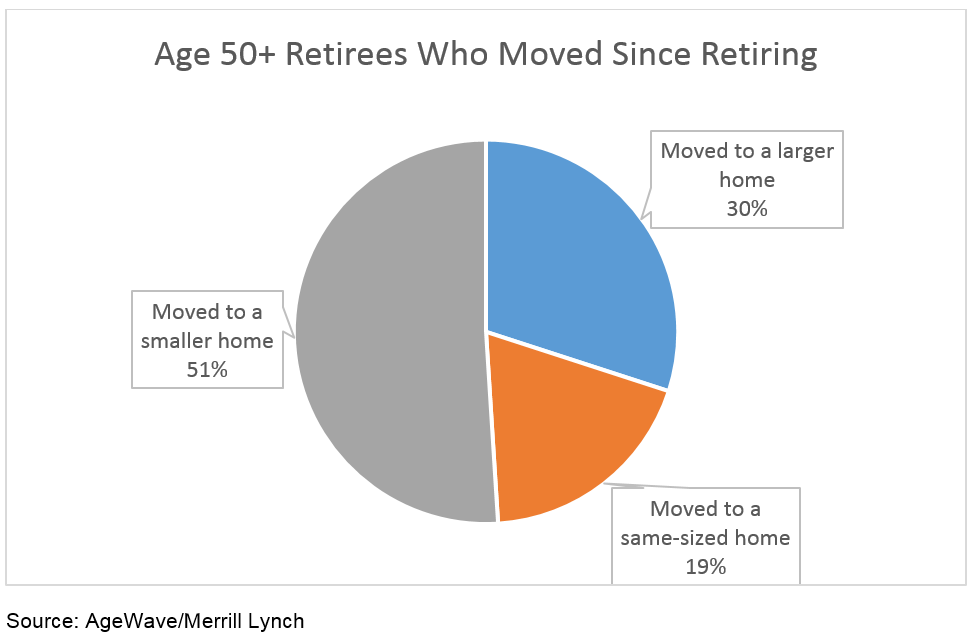 It may be time to retire the stereotype of those aged 55-plus holding onto their owned homes for life, or retiring to quiet, secluded places. The generation known for defying convention may be redefining what they call home, and it may very well be in your apartment community.

How to Appeal to Baby Boomer Residents
Millennials might be the largest single demographic choosing apartment living, but households age 40 and older make up the majority of apartment...
Read More
For Many Baby Boomers and Millennials, Renting is a Choice
Convenience is only one factor that drives the two largest generations to rent.In the old days, renting used to be a stepping stone to homeownership....
Read More
The Demographic Trend Apartment Owners Need to Watch
Millennials have been one of the main drivers behind the hot apartment market. But one economist thinks they will eventually move out.Ryan Severino...
Read More
Five Cross-Generational Development Trends
The live-work-play housing model has always had a home on college campuses. Find out how student housing developers address space and sustainability.Some...
Read More
Baby Boomers Are a Rising Demographic Among Renters
Digested from "Miller-Valentine Group: Stylish Senior Living"Yardi: The Balance Sheet (5/22/15) Theiss, ElizaHousing for seniors is becoming...
Read More