Thomas Tommy Tompsett Jr. has been the Director of Government Affairs for the Maryland Multi-Housing Association (MMHA) for two years. Prior to joining MMHA, he was the felony prosecutor with the Baltimore County States Attorneys Office. NAA caught up with him to discuss MMHAs legislative priorities, the most rewarding and challenging aspects of his job, and whats on his bucket list.

NAA: What did your state legislators focus on this year? 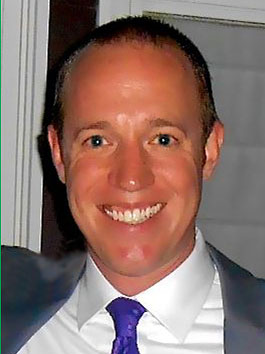 TT: The question should probably be: What didnt your state legislators focus on this year? We had a very active legislative session here in Maryland. To give you a sense, here is the tip of this years legislative iceberg: legislators presented bills attempting to make source of income, veterans and convicted felons (who they labeled as re-entry into society status) as protected classes; they attempted to expand lead paint regulations and associated fees; they passed mandatory carbon monoxide detectors for rental units; and they attempted to reinvent the entire rent court system, from filing to eviction, in Baltimore City.

NAA: What are your associations state legislative priorities this year?

TT: We hope to defeat source of income legislation presented at the local level in Baltimore County. We also hope to reintroduce legislation on expedited evictions for tenants who pose an imminent danger threat to the community and to obtain private process service throughout Maryland in rent court proceedings.

NAA: What races are you watching this year?

TT: With Democrats dominating the political landscape in Maryland, the races I was watching ended with the primary election results this past spring. Our attention will now turn to 2018 and Marylands next gubernatorial election. Of course, I will also be watching the presidential election this year, but thats because I simply cannot turn away.

NAA: What are your associations local legislative/regulatory priorities for 2016?

TT: We have to change the perception of the apartment housing industry and better highlight all the philanthropic efforts that come out of this industry. We are also attempting to better educate the public on lead paint issues to factually show that this is not simply a rental housing problem.

NAA: What are your local officials concentrating on?

TT: Locally, source of income is attempting to come to Baltimore County.  We will be fighting this issue most of July. How to effectively develop and maintain affordable housing is a very big issue throughout the state. Finally, the City of Baltimore is also attempting to pass a $15 per hour minimum wage.

NAA: How did you get involved in politics?

TT: The Baltimore County States Attorney is a local, countywide elected official, so my first exposure to politics was going door to door for his re-election campaign.

TT: The most challenging aspect of the job is convincing legislators and the local media that the landlords, (we prefer the term residential housing providers), are not actually the lords of the land who walk around in capes holding scepters while subjugating their residents only to then evict them. As for the most satisfying aspect of the job, Im truly blessed with a fun, yet industry focused, membership. In addition, killing a bill in the legislature can seemingly always bring a wry smile to my face.

NAA: What are the top three issues that association members consistently throw at you?

TT: Utilities, fair housing and local code enforcement seem to be the most omnipresent issues here at MMHA.

NAA: What is your favorite political movie?

NAA: What is your favorite non-political movie?

TT: Despite being born into Gen Y, I do not have a Twitter account (or Facebook, Instagram, Snapchat, Tumblr, etc. for that matter). I think my previous job has made me social media adverse.

NAA: What do you do during your down time?

TT: Golf, fish and chase around my 2-year-old daughter, Cecilia.

NAA: Where did you go to school?

NAA: What is your favorite restaurant?

TT: Peters Inn, which by all appearances is a dive in Baltimore, but it has the absolute best food.

NAA: What is your favorite band?

NAA: Who is your favorite sports team?

TT: See the Redwoods, hit a hole-in-one, play Pebble Beach (Im clearly hoping to do that all in one trip since the Redwoods and Pebble are 3,000-plus miles from Baltimore) and catch a MLB game at each teams stadium.

NAA: What is the best advice you've ever received?