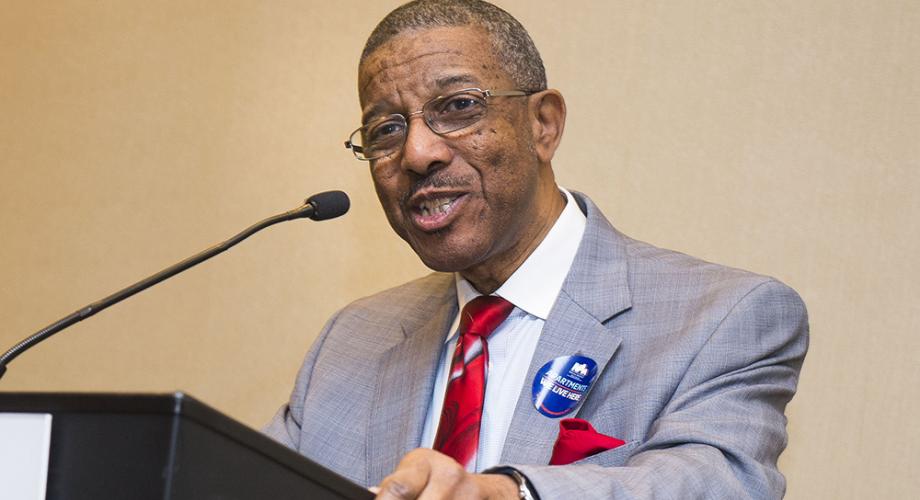 Bennett was a longtime supporter of the rental housing industry and a highly involved member of the National Apartment Association.

It is with a heavy heart that we share the news of the passing of Malcolm Bennett on July 21, 2021. He was a longtime supporter of the rental housing industry and a highly involved member of the National Apartment Association.

NAA’s 2014 Advocacy365 Advocate of the Year, Bennett served on NAA’s Board of Directors, including a seven-year term as Region X (California) Regional Vice President from 2010 to 2017. He held positions on the Independent Rental Owners Committee, Governance Committee, Legislative Committee, Nominating Committee and served as a Delegate for NAA’s Assembly of Delegates.

A licensed broker and contractor, Bennett’s more than four-decade long career in the rental housing industry included the creation of his real estate firm, International Realty & Investments, based in Long Beach, Calif., which provided management, sales and acquisitions of income-producing properties.

Bennett was one of the founders of the Minority Apartment Owners Association (MAOA), created in 1987 to assist minority property owners navigate California’s complicated and litigious business environment and contend with the increasing cost of operating housing. While MAOA’s original mission was to advocate for rental housing owners and operators in predominately rent controlled areas, over the years, it broadened to include all rental properties throughout Los Angeles and surrounding areas.

As President of MAOA, he was always willing to travel throughout the state to speak out against public policy that was harmful to the industry. In 2014, Bennett was honored with the Lifetime Achievement Award from the Black Business Association for the work he had done on behalf of the real estate industry and his history of volunteer service with a variety of real estate organizations.

Bennett also was closely involved in property management for the many apartments owned by Los Angeles’ historically Black churches. Those who knew him best pointed to his successful management as being a function of treating residents like family. If a resident fell behind on rent, he would work with them to identify ways to repay the debt, including doing different jobs onsite until they could get back on their feet.

His community involvement also included two four-year terms on the Board of Directors for the South-Central Regional Center for the Disabled and two terms as President for the Crippled Children Society.

Nationally, Bennett served as an expert witness for several Congressional committees and was inducted into the Congressional Hall of Records for outstanding community service in 1994.