Skip to main content
NAA Mourns Loss of Brad Williams, 2014 Chairman of the Board
Image 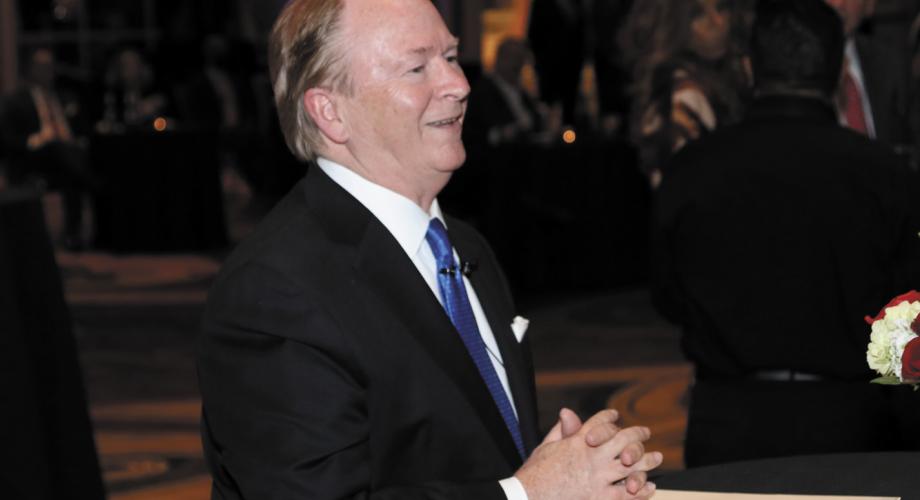 Williams had recently been inducted into the NAA Hall of Fame, only the 20th industry professional to achieve that honor.

It is with great sadness that we share the news of the unexpected passing of Brad Williams, CAPS, CPM, on March 20, 2021.

Williams, 71, was a politically proactive and esteemed leader, a mentor to countless professionals and an industry veteran, working his way up from Porter to Regional Vice President during his 48-year career with Lincoln Property Company.

Williams started working at Lincoln during summers while attending college, and after graduating from the University of Texas, he was accepted as a manager trainee for the company. He was promoted to Onsite Manager within a year, spending his days on the property and evenings taking every real estate course Southern Methodist University had to offer. After receiving his Certificate of Real Estate, he earned his Certified Property Manager designation from the Institute of Real Estate Management (IREM) at 26. He also earned NAA’s Certified Apartment Portfolio Supervisor (CAPS) credential.

The following year, Williams won a Gold Medallion—Lincoln Property Company’s top award. Last year, Lincoln awarded Williams its first ever Lincoln Property Company Lifetime Achievement Award. “Deserving and dedicated, there would not have been a better first-time winner,” reads a statement from Lincoln following Williams’ passing. “Brad was loved by many and will be missed by all.”

Williams’ most recent accolade came just months ago, when he was inducted as just the 20th member in NAA’s 82 years of the NAA Hall of Fame—the highest honor that can be bestowed upon a rental housing professional.

“Brad earned his spot in the NAA Hall of Fame by representing the best of the rental housing industry,”

said NAA President & CEO Bob Pinnegar, CAE, at the time of Williams’ induction. “He has championed the industry throughout his extensive, 40-year career with Lincoln Property Company and has diligently served NAA, including his tenure as the 2014 Chairman of the Board. His commitment to the industry is apparent, as he has earned multiple designations and served on an apartment association board or executive committee for the last 28 years. Brad has earned the respect of his peers and the industry as a whole, and we are honored to induct him into the NAA Hall of Fame.”

Williams was a tireless volunteer, serving for more than 30 years—even after his chairmanships were completed—and was always encouraging others to get involved. Prior to his NAA Chairmanship, he served as President of the AAGD from 1998-1999 and as President of TAA from 2005-2006.

Williams was an indefatigable advocate for the industry and a part of his legacy includes his instrumental role in the founding of the NAA Political Action Committee (NAAPAC) in 1995. He continued to serve as the NAAPAC Chairman or Vice Chairman until 2006.

With respect to the formation of NAAPAC, Williams told units in 2013 that he worked to build a culture of generosity in the industry, with the expectation that members should give back to the industry that has given them so much. “Our core members are not wealthy people, and they’re writing hard-earned checks to help this industry,” he said. “It’s amazing. Our members want to make a difference and leave this industry better off than we found it.”

When William’s passing was announced, stories, sentiments and memories came flooding in, clearly underscoring his enormous influence on the rental housing industry. If you’d like to share a story, please send it to [email protected].

I have had the honor and pleasure of knowing Brad Williams for more than 40 years. If you were lucky enough to know him, you would have no doubt that Brad was a very special person. Family, history, politics, business and travel are some of the things he was most passionate about. He loved his family deeply and totally. His wife, Ginny, was the light of his life. When you saw Brad and Ginny, they were always holding hands. His son, Bradley, wife, Jessica, and their children—Brad would talk about with such loving intensity. He showed you pictures and spoke excitedly whenever he had the chance. Only Ginny could outdo his enthusiasm when it came to Bradley, Jessica and the grandchildren.

You may think at times Brad is a little too quiet, and if you do, then you do not know him very well. Brad may not say much about something he is not that interested in, but talk to him about his family, his politics, the Civil War, our business, Italy or England and you will quickly see his intensity jump up. As long as I have known Brad he was always calculating how to improve, finesse or just make everything better. His people knew him as a great leader, someone who would not ask you to do anything he would not do himself. He led by example and he knew what he was doing. He was a problem-solver, a strategic thinker and a goal setter. He set a goal, got everyone to agree with him and then went and did it.

Brad was the epitome of political action! His nickname is still “PACMAN” from his days of raising money to support local, state and national PACs and making sure the money was given to people who supported our industry.

I remember fondly sitting with Brad, Ginny and Mary Lynn at their home in Angel Fire, N.M., listening to music, and talking family and politics while having a nice glass of wine. He will be missed terribly by his family, friends, and the apartment industry. I will miss his intelligent perspective, his dry humor, his knowledge on so many subjects and hearing about he and Ginny’s latest adventures. We lost a legend when Brad passed. He will never be forgotten.

For me, Brad Williams will always be the association leader to measure up to. He had a love for people and especially for every association volunteer to excel in whatever role they were serving. Brad was a historian and could always draw upon his historical knowledge to emphasize a point or to make an example when he was leading a committee, an association, or having fun. Brad was a born and reared Texan and he made sure Texans always had a voice or seat at the table. He was intuitive and strategic in his thinking... the guy who could see around the corner!

My first encounter with Brad was, as you might imagine, when he was chairing a Legislative Committee meeting in Washington, D.C., during the Capitol Conference. I recall thinking this guy is dry as a bone but soon learned he had a unique wit and a command of his topic. As time went on Brad and I got to know one another, and he was one of a few in the Texas Apartment Association that took me under their wings to start encouraging and guiding me toward association leadership roles.

Brad loved to tell stories and you had to pay close attention or you may not quite know where the fact and the fiction started merging. A highlight for me was when Brad asked me to be his Conference Chairman in 2013 for 2014. We started talking and I soon realized I was his second pick after he was declined by the first colleague. This started our fun journey of him making stories up about my life, and I always reminded him I’m the best substitute there is anywhere. Fast forward to December of 2020 when AAGD, TAA and NAA had the installation in Dallas for Rick Graf and the Hall of Fame-Lifetime Achievement awards were presented. Because Brad’s first pick to present him the Hall of Fame award had to decline... Yep, back to his best substitute! What an honor for me to be able to present to a true Hall of Famer for NAA.

Brad loved the mountains and we have been together numerous times in northern New Mexico where I spent time getting him to fly fish. He loved being out in the mountains with friends, just relaxing and enjoying life at his and Ginny’s home in Angel Fire, N.M. He and Ginny enjoyed hosting the fishing group of guys for dinner and just laughing and telling stories. I will always remember that Brad Williams’ laugh!

Brad was a dear friend to many.

He was an icon in this business and set the example for so many on what it means to volunteer.

He was a servant leader.

He was a kind and humble man.

He loved his family and showed it in so many ways.

Brad will be missed.

Our heart hurts for Ginny and son Bradley, Lincoln Property Company, and the entire industry. We lost a great one!