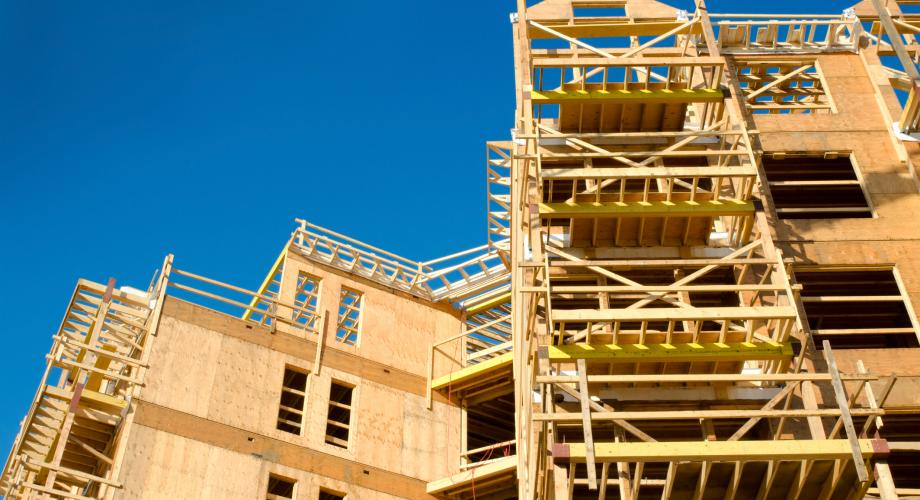 How to accurately bid and complete multifamily projects amid ongoing economic and labor challenges, and problem-solve along the way.

According to the U.S. Census Bureau, construction spending amounted to $237.8 billion during the first two months of 2022, 10.4% above the $215.4 billion for the same period in 2021. However, soaring material prices, labor shortages and economic turmoil are continually increasing multifamily costs as well as project timelines. How can contractors, investors, subcontractors and suppliers, who all face the same daily challenges, adapt to these hurdles?

From Creating the Bid to Signing the Initial Contract

As prices rise, so too does the demand for materials and products. With high demand and longer lead times, thinking ahead is critical. “I primarily focus on estimating unit turns, so I’m sourcing cabinets, paint, flooring, countertops, backsplash material, kit items, appliances, etcetera,” says Leslie Kinson, Strategic Development Manager at Kapella Group. “The first thing I’ll do is call up three suppliers of each and find out the availability, pricing and lead times. I’ll ask if they can guarantee pricing and if so for how long, and also ask them for backup options.”

Every supplier differs with lead time and guaranteed pricing, so having backups helps keep the bid process moving along. “For the pricing, we ask them how long the quoted amount is good for, which is typically 14 days to 30 days,” says Danny Browning, Senior Project Manager at Kapella Group. “We rely on information from our suppliers to predict the availability and the pricing.

“On the labor side of it, quotes are usually good for 30 days. When we talk to the different subcontractors, we will see what their availability is. Sometimes they are ready to go now, but some of them are more like two to three weeks out before they can get started. When we’re creating bids, we look at that and we price it out accordingly. Internally, we note the availability and preferred supplier/subcontractor for each item along with a back-up plan to go with it— a laborer for a subcontractor or a supplier for a material order.”

Shortages, price increases and longer lead times are a nationwide problem. Because of this, investors and ownership groups are getting better at reacting to the effects of an uncertain environment. For example, when looking back two years ago, or even six months ago, the availability of materials has drastically shifted. To accommodate the uncertainty, suppliers may offer comparable substitutes that have earlier availability.

Fluctuations in material availability and pricing not only affect sourcing, but they also shorten the estimate durations, putting pressure on ownership groups to expedite the decision-making process. In past years, estimates could stand for one to three months with no need to revisit the numbers; these days, they may stand for as little as 14 days.

Getting bids submitted and approved is the first step of the process. Once the project has been awarded, all parties involved understand that encountering increases along the way is inevitable and must problem-solve on the fly. Solutions consist of contingencies that are built in the beginning for forecasted increases in line items, or “known unknowns,” and change orders that are made throughout the project as situations arise.

“[For] contingencies, we’ll try to build-in on the front end because we know that there could be an unforeseen occurrence or unforeseen situation,” says Kapella Group’s Senior Project Director Erik Good. “A variety of elements could be discovered after construction commences in a wall, floor, ceiling or other area that we haven’t done prior intrusive testing on. We use our expertise to identify potential problems and if we anticipate something could go sideways, we can build that into the initial estimate, so the ownership side is prepared. Based on our calculations, they’ll build in their own contingencies.”

While building-in contingencies on the front-end is a more organized way to operate, many subcontractors have a different perspective concerning dealing with challenges in this changing environment. “The best thing we can do is try and stay one step ahead, try to see what’s coming,” says Cory Carvatt of GRAF Electric. “The shortages aren’t as bad as far as materials go now, so that’s helpful, but there was definitely a few months during the pandemic that we had to be really on top of it. We had to try to get stuff well in advance, especially plastics such as junction boxes, which were really hard to find for a while. The pricing has changed a lot. Everything is more expensive, so you have to be a lot more careful about not getting overzealous and ordering too much.”

Jeff Corr, a unit renovation specialist at Kapella Group, feels similar, but has a bit of a different approach. “Luckily, there’s a whole bunch of stuff to do, so we just kind of roll with the punches and if we get stuck somewhere, we just start on something else,” he says. “The problem with this though, is we have to keep going back to units again and again so it’s hard to finish up a whole unit real quick. Every time something on back order arrives, our efficient sequence gets interrupted, and we have to circle back.”

With boots-on-the-ground workers, another dilemma often encountered is the availability of qualified workers. “It was always kind of hard to find employees even before the pandemic started, but now it’s especially hard to find skilled laborers,” says Corr.

Contracts and budgets are constantly shifting with subcontractors and clients, and the financial strain is obvious, especially with subcontractors. “I would say during this time period, subcontractors definitely want to be paid sooner,” says Rebecca Anderson, Office Manager at Kapella Group. “They’re hurting for funds with the economy and we’re trying to stick to our contract agreement.”

A larger company has the cash flow to sustain the fluctuations, but a smaller independent company or a subcontractor is less resilient. Without the cash flow to support running a business and the absence of cash reserves, which are common for larger corporations, a 30-day wait might lead to the inability to purchase materials and pay for labor.

David Ellebrecht, Vice President of Acquisitions and Asset Management at Turnstone Capital Management Group, sheds light on the situation from an owner’s perspective. When asked how long their contracts typically are, he said, “Right now, at any single [apartment community], we know that Kapella Group can do 15 units every two to three weeks, usually three weeks for the first round of turns and two weeks thereafter. Because of supply shortages and everything else, it’s making this market infinitely harder to predict. We allocate an extra 25 to 30 percent on the timelines currently being met to accommodate for unforeseen challenges. We’re also not maxing out the number of turns in a given time period, so if Kapella’s team can do 15, we’re underwriting 10 or so just to try to make sure that we’re rounding down and being safe on everything.”

In one Colorado Springs, Colo., project between Turnstone Capital Management Group and Kapella Group, suppliers were unable to deliver materials on time. “That’s just part of doing business right now,” said Ellebrecht. “Being able to have extra slack in your models and in your construction program so that when problems arise, which they will, you’re able to handle them and not stress about them too much because they have been planned for is essential.”

The ultimate goal and strategy for a multifamily investment property varies depending on the business model. Some groups have an aggressive construction plan, commencing immediately upon acquisition and wrapping up in six to eight months, while others take a slower approach. Many factors analyzed during pro forma development such as the hold period, desired ROI and the like dictate construction scopes and timelines. In a volatile environment, measures must be taken from the beginning to ensure sound models and accurate projections.

“For people who are investing in deals or people who are running deals, previously where you might have been comfortable underwriting an average or slightly above average cost or slightly above average time frame, now you really have to push that a little bit,” said Ellebrecht. “You might project higher costs for materials and longer construction time frames. The most important consideration is to make sure that you know you have a worst-case scenario budgeted in. It’s better to be surprised on the upside than caught in a bad situation, because right now there’s so many things that are unpredictable and you need to be able to ebb and flow with that as it comes.”

What Does the Future Hold?

While it may prove impossible to account for all uncertainties in the market, it is critical to understand the reality of those uncertainties. “Two years ago, right before COVID, we could have gone 30 to 60 to 90 days on terms and not worried about pricing because there weren’t these fluctuations,” said Browning. “Today, the labor force has declined at all links in the chain. There are not enough people to make the raw materials for the manufacturers, not enough workers to manufacture the material for the suppliers, not enough delivery drivers to transport the materials, not enough staff to run the warehousing facilities, it goes on and on. We’ve had to learn a whole new way of scheduling constantly asking, ‘What’s the availability of the material? What’s the availability of the labor to get us the material? Are there laborers available to install it once it arrives?’”

Suppliers are restructuring their ordering protocols to prepare for the entire project’s needs rather than just a single phase. Materials are being selected with backorder options in place from the beginning, ordered and pre-allocated in bulk for the entire duration of a project. Contractors have adjusted to this new model, which should persist, as this method helps ensure materials arrive.

The amount of time and energy spent on project management is greater now than ever, and the future success of these projects is driven by the devotion to progress exhibited by those working to complete them. “With a volatile market, you’re evaluating on a daily basis,” said Kinson. “Assessing material costs, labor costs, updating schedules, managing backorders and trying to keep enough people on staff to actually do the work is grueling. We used to assess these things on a quarterly basis. Now it’s like every week, ‘ok team, where are we at?’”

From shortages, delays and soaring material prices to the absence of qualified labor, contractors, investors, subcontractors and suppliers are all faced with the same daily challenges. Completing projects in a volatile environment demands more from all parties involved. “I think the biggest thing right now is really everybody has to give grace to the people working under them,” says Kinson. “From the investors crunching numbers in America’s great cities to the people manufacturing fiberglass for sheet vinyl overseas, we’re all doing the best we can and the fact that we haven’t given up is a testament to everyone involved.”