Skip to main content
How TikTok Can Attract Residents
Image 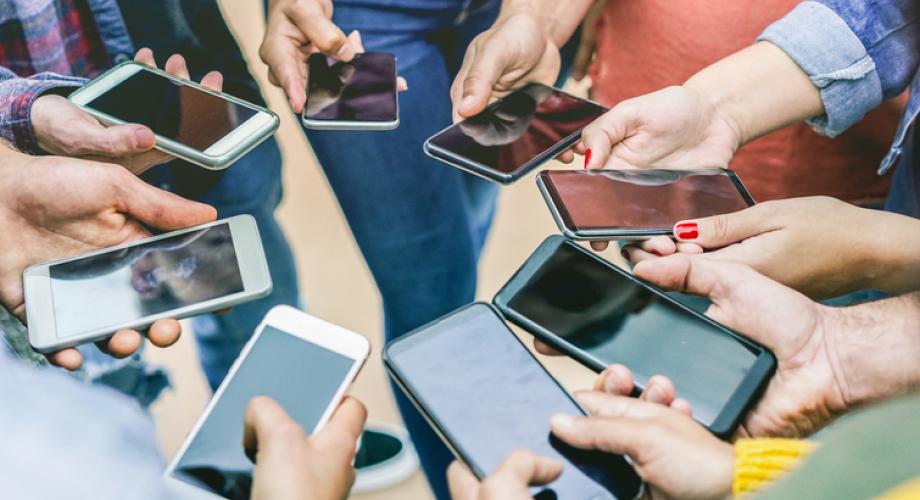 Members of hip Gen Z—currently in their teen years and early 20s—don't like to waste time reading long emails, watching lengthy videos or wading through real estate listings. In fact, they're said to have an attention span of about eight seconds.

Yet it's worth learning how to appeal to this burgeoning cohort, who currently number 84.7 million—almost a quarter of the U.S. population—and whose collective buying power has reached an impressive $44 billion, according to Mediakix.

Because Gen Zers watch an average of 68 videos per day, one surefire way to reach them is through online video marketing, says GeoMarketing. And the social media platform with videos that they're watching is the new TikTok app, named to suggest a ticking clock. It combines fast-paced visual and audio content, including lip-synching and comedy routines. "The best analogy is the 'stories' feature of Instagram, which has more effects that enhance the video content," says Thomas Kutzman, co-founder and co-CEO of the digital home-buying platform Prevu.

Launched in 2012 by Chinese Internet entrepreneur Zhang Yiming and his company Bytedance in Beijing, TikTok first appeared in this country in 2017 as Musical.ly. Since then it has become the most downloaded app of all—outpacing Facebook, Instagram and Snapchat, Kutzman says.

As it grows and evolves, TikTok is being adopted by professionals who fine-tune content, says Kutzman, including brands like the NFL and comedian Kevin Hart. In fact, property managers and their marketing teams are now starting to test the platform for reaching prospective student housing residents. They'll post paid advertisement videos via TikTok's new self-serve ad manager, says Melissa Cornine, Media and Research Manager at Austin-based marketing firm Catalyst. Her firm sometimes includes footage of current residents in the ads so the content can appear more "native" to the platform, she says.

While Kutzman also sees TikTok's possibilities for this real estate niche, he thinks the platform may ultimately appeal to a broader audience of investment and rental property prospective residents as older users adopt it. "Any marketing venue and social media platform that helps managers connect with potential consumers is useful," he says. Following are 10 key questions and answers to better understand TikTok.

Who's the target audience?

Roughly 25.8 percent of its U.S. users between 18 and 24 years old, Cornine says, citing figures from MarketingCharts. Over time, the age range could trend older, as it did with Facebook and other social media platforms, says entrepreneur and TikTok consultant Gary Vaynerchuk. "Think about when Facebook turned into 'your mom's' app." Kutzman agrees: "As people become more comfortable with technology, they learn about it from their younger [family] members and start to use it."

TikTok stands out because of its interactive content, says Cornine. "It invites content consumers to join in the fun and create their own videos rather than take a back seat." And, says Kutzman, it can be applied to leasing properties: "A manager or resident can walk through their unit and show off the property with fun music playing that helps hook the viewer. You can add text, stickers, captions, hashtags such as #apartmentnearcampus, and pan in and fade out." Another scenario: "A student sees housing, an apartment, a pool and a party going on with music in the background and tells his parents, 'Hey, Mom, I want to move in there,'" says Kutzman. As Instagram made it easier for people to create and distribute their own photos, adds Vaynerchuk, so TikTok is doing the same with videos.

Is there a maximum length for a video?

What are the best uses for it?

Being able to be interactive with your target audience in fun ways, possibly through contests and challenges, Cornine says. Kutzman thinks another use is for a brand to tell a story and create a persona through the videos and music posted.

Using a platform that the growing Gen Z audience favors, and seeing videos of users you normally don't follow—what's called "discoverability," Kutzman says. "The platform's 'for you' page shows relevant, suggested content based on what a user tends to look at, in addition to what the user chooses to follow."

It's still considered experimental, and there isn't enough data yet to show its effectiveness as a paid ad platform, says Cornine. In addition, it may not reach the right audience since you can target only by state and age. "People from California might see a video about an apartment in Alabama, for example," says Barrie Nichols, Vice President, Marketing and Leasing, at Michaels Management, based in Camden, N.J.

It depends on the strategy of what's promoted, how an ad performs and your budget, Cornine says.

How much does it cost to use on average?

It depends whether the content is organic and developed by renters or is done by professionals. Cornine says her company is testing TikTok for property management clients with a starting budget of $1,000 per month. Right now, its cost is lower than other social media platforms, but as it builds a following, the cost will go up, says Kutzman.

Will it replace other marketing platforms?

"Most people use multiple forms," Kutzman says. But some observers expect some shifting to TikTok from Snapchat and Instagram as it gains a stronger audience. "We're still in the learning phase," Cornine says.

Too soon to tell. "We've seen the rise and fall of Snapchat and shift in demographics on Facebook," says Cornine. "TikTok could phase out in a few years, but due to the fun and interactive nature of the platform, many think it will last." Her advice for those who decide to use it professionally: Monitor the user base and take advantage of the platform as long as it reaches the right users. Signs that TikTok is fading might include no new users signing up, or current users spending less time on it (right now they average five visits a day), she says. On the other hand, if a broader age range adopts the platform, then all bets are off.